The ground is shifting


You can feel the ground shifting in our community.  You can see it at the grassroots level and you see it at the leadership level, with high profile people announcing that the end of their tenures is approaching. 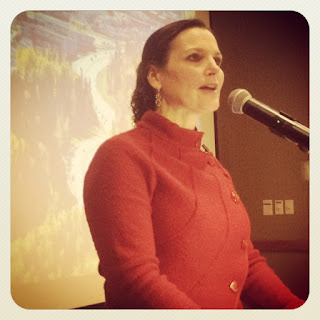 Mayor Blake added to that growing list earlier this week, stating publicly for the first time that at this point, it is highly unlikely that she will let her name stand in the next municipal election in 2017.  In my opinion, she has earned a rest and some time away from the microscope.

Having visited with a former resident who moved away from Fort McMurray in 2004, I began to appreciate - through his lens - how much can change in a relatively short period of time.  That change intensified in the aftermath of Canada's costliest natural disaster.  It is fair to say that all of us are still trying to fully comprehend just how much things have shifted.

While great people are retiring, moving on to other communities, and making significant life changes, others are coming in and are preparing to put down roots.  It is important to honour and respect those who are leaving and embrace those who are arriving.  We have always been a dynamic community - dynamism is what we do - but never more so than right now. 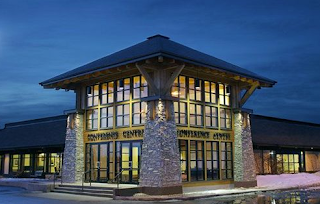 I get nostalgic when I hear of iconic businesses being sold.  The community just won't be the same without the Sawridge Inn and Conference Centre.  I couldn't begin to count how many banquets, fundraisers, and meetings I attended there over the last 20 years.  I'm imagining it would be in the hundreds. 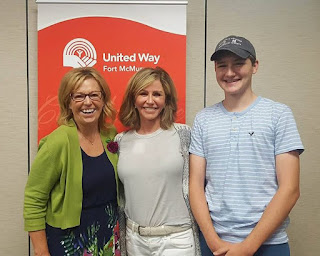 While one strong female leader of this community considers transitioning in the Fall of 2017, another is doing so this December.  Diane Shannon, my boss at the United Way, will be retiring and moving south to spend more time with Roger and with their grand babies. To say she will be missed is the understatement of the year.  I'm having a very difficult time imagining the United Way without her, if I'm being totally honest.  I've had the good fortune to work for, and with, some great leaders over the years, and Diane is one of the best, bar none.

As we anticipated re-entry at the beginning of June, and as people began trickling back in the weeks that followed, it felt like the tectonic plates of our lives were on the move.  They are still shifting, trying to figure out how they will realign themselves.

I said in a recent interview that this is a great time to come to Fort McMurray.  This remains a place of great opportunity and possibility; I'm convinced of it.  We are doing our best to manage during this post-disaster and low oil price environment, but the time will soon arrive when all the engines will be running full tilt.  We need good people, organizations and businesses in place ready to respond when that happens.  That need spells O-P-P-O-R-T-U-N-I-T-Y for individuals who are ready, willing and able to roll up their sleeves and join the fun.