Bracelets at Best Western Plus

It is beautiful how things happen in this life.  Paul and Erin from Best Western Plus had dropped into Birdsong Studio to pick up "My Talkative Raven Friend", a limited edition gallery canvas print that is being sold to help raise funds for Bracelets For Buildings (4B4), a charity that builds homes for the poorest of the poor in southeast Asia, specifically in rural Cambodia in early 2019.  When visitors express an interest and when time allows I whip out the souvenir book that B4B made for Heather and I after we went over as Ambassadors in 2017.  Flipping through the pages, the anecdotes get shared and the heart of B4B starts to beat.

Something must have really connected with Paul and Erin as they immediately suggested the idea of doing a fundraiser.  I had no idea what shape that would take or how we could plug into it, but trusted that it would be perfect.  Flash forward a few months and the day of the fundraiser arrived. 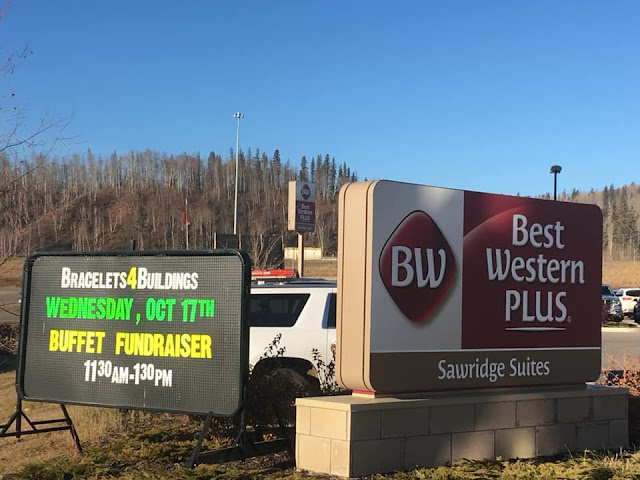 The staff of Best Western Plus did such an awesome job doing a buffet lunch with all the proceeds going to B4B.  They had great signage both inside and outside the hotel, staff were incredibly engaged and helpful, and Brad Karp from Country 93.3 was onsite doing a regular updates on the radio. 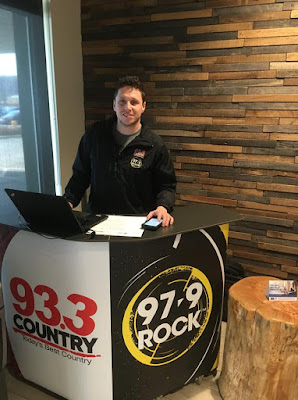 They even allowed Kent and I to set up in the lobby, a spot that positioned us perfectly to greet everyone as they arrived. 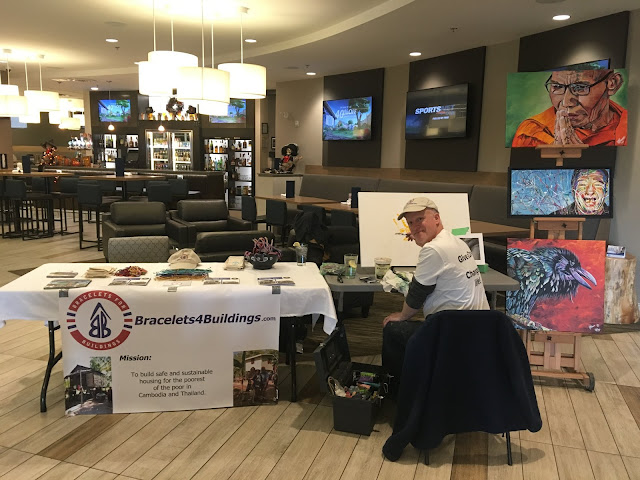 I spent much of my time painting "Monk's Hands" while Ken shared stories and presented guests and staff with bracelets handmade by some terrific people in Cambodia. 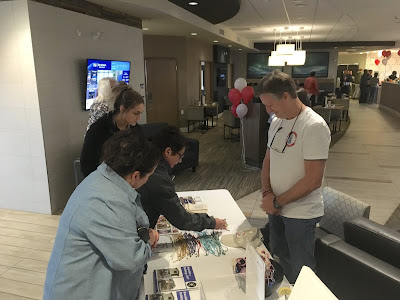 It was fun being a fly on the wall (with brush in hand) and hearing the stories that Kent told while thumbing through the memory books that he had brought along.  Guests were very interested and asked fantastic questions about the work of B4B in Cambodia. 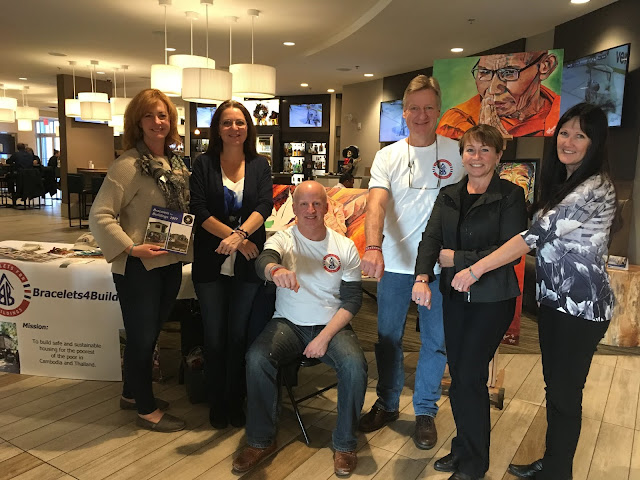 We don't have the final numbers yet, but to say that the fundraiser met our expectations would be an grand understatement.  It was a home run on so many levels.  Thanks to the generosity of Best Western Plus, we raised lots of money (we'll share a total later today).  More importantly, we got to meet some lovely people who were sincerely interested in the work of B4B half way around the world. 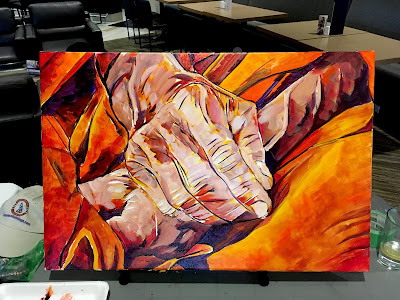 I'll be finishing up "Monk's Hands" later this morning.  It will join a number of other pieces in an online auction next week.  The original Robin Williams will be in that auction with a reserve bid equal to the cost of building a home in Cambodia.  We'll also have a large embellished print of the Robin Williams painting in the auction.  What does "embellished print" mean?  Great question.  When it arrives from the printers, I'm going to do some extra things to it making it a little more valuable and certainly one of a kind.

On behalf of Kent, Lee, Tim and the extended Bracelets For Buildings family, a sincere thank you to the Best Western Plus and all the people who came out in support yesterday.  You have brought us much closer to being able to fund the build of an additional home for a family when we return to Cambodia in early 2019.
Email Post