What a difference TODAY makes 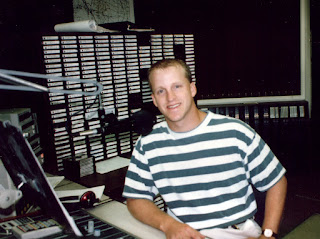 President George H.W. Bush had died.  He was 94.  I immediately flashed back to 1991 when I was in the early years of my broadcasting career.  I was reading the hourly newscasts in a little booth that faced the main studio where the deejay was spinning the tunes.  Behind me was a large table where we cobbled together the casts with a mix of locally written pieces and rip 'n' read items from the wire which was placed in the centre of the room. 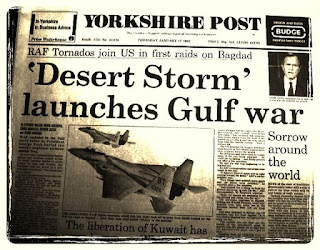 I was in the middle of reading the news when my boss, station manager Ike Patterson, slipped me a piece of newsprint stating the the Persian Gulf War had just begun.  It was a sobering moment as this was the biggest war declaration involving the Americans that had happened in my lifetime.  I stayed on the air providing updates as they came in on the noisy newswire that spewed out reams of newsprint 24-7.  How we received and disseminated news was vastly different at the dawn of my working life. 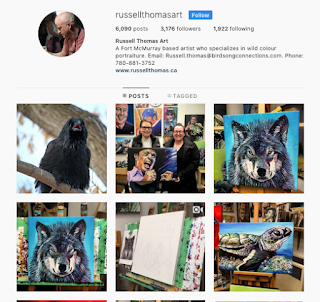 1. Social Media - Russell Thomas Art is rooted in social media.  Whether it has been Facebook, Twitter, Instagram or LinkedIn, 99 percent of our customers discovered what I do while surfing their favourite social media platform.  In 1991, when I started my working life, the only social media platforms we had were the land line telephone and coffee row. 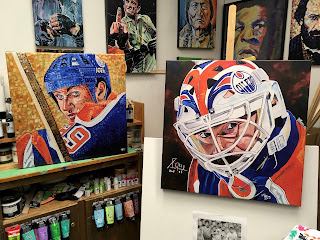 2.  Making prints - the sale of gallery canvas prints has become a huge part of what we do.  In 1990, I imagine that artwork would need to get shipped to the printers where they would go through the meticulous process of photographing it and getting test prints made.  Of course, lots of time and money would be needed just to get to the point of being ready to sell any kind of print.  You would also need to get many copies made to make it financially viable. Today I take a high resolution photograph in the studio, go online to the printer's website, and upload the file.  They are able to print on demand. 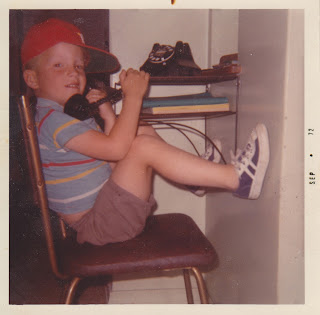 3.  Communication - where do we begin with how much communication has changed in the last 27 years? In those days, phone calls, memos and letters were the primary means of communicating to do business.  The online purchasing, selling, and shipping that we take for granted now would have been inconceivable back then. 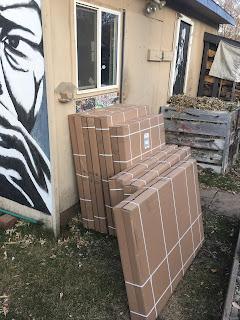 4.  Shipping - I imagine they had tracking numbers back in the day, but the process of finding the whereabouts of a late package would have been completely different.  Calls would need to be made trying to ascertain the whereabouts of the delayed treasure meaning precious time lost sitting on the phone.  In 2018, it's a couple of clicks and you can find out exactly where the package is in its journey from one place to the other.

Over the years, efficiencies get discovered, systems get improved, and the way that we do the things we do get streamlined.  The mechanics of 1991 are vastly different than the ones we have today.  Imagine how different they will be 27 years into the future.  It underlines the need to always be ready for change.  Business needs to adapt to survive and thrive.  If you cling to the past, the passing of time become anathema.