Birdsong Studio 2.0 has some distance to travel until it is fully functional.  For now, I have everything - canvases, prints, supplies, etc. - stacked up in the middle of the space.  I need to be ready to clear everything out when the cabinet company arrives to install the custom shelves.  Once the cabinets go in, sanding, painting, electrical and plumbing will happen.  At the very end, the floor (which has a nice warehouse vibe to it) will be cleaned and sealed.  It could be two to three weeks before everything is complete.  I've also ordered a painting hanging system from Lee Valley which will make put up art clean and easy.  In other words, I won't need to pound nails into the wall anymore.

As my unpacking in the house was largely complete, I set out to work on my first painting in Okotoks.  I opened the garage door (bright painting lights are not installed yet) and set my easel up so that I could catch the natural light from outside.

I knew long before we left Fort McMurray that I wanted Mern's memorial portrait to be first.  She had passed away a number of weeks ago in her small village west of Siem Reap, Cambodia.  What's the connection? 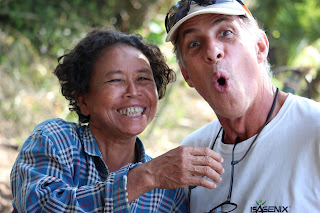 Simple.  Mern was the recipient of a home that we sponsored in late 2017 with Bracelets For Buildings.  Heather and I had the pleasure of meeting her and basking in her vibrancy.  She was desperately poor of material possessions, but materially wealthy in terms of her goodness and spirit.  It was hugs all around the moment we met her. 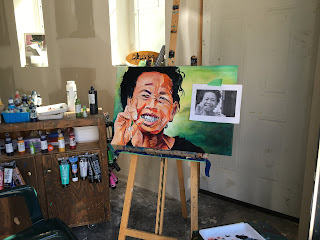 The background of the painting is mostly green, but I wanted a touch of red to symbolize her living living under the Khmer Rouge which was the name given to the Communist Party of Kampuchea which ruled Cambodia from 1975 to 1979 under the leadership of Pol Pot.  They were responsible for mass killings of hundreds of thousands during this time.  Mern would have been a young girl during the genocide.  Who knows the horrors she would have seen or experienced. 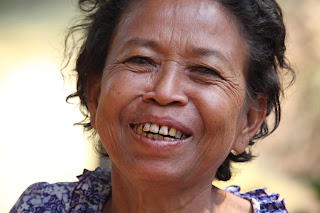 We visited Mern when we returned to Cambodia earlier this year.  She seemed healthy and happy.  The new home had done wonders to improve her quality of life.  However, she got sick and didn't get better.  Healthcare in the rural areas of Cambodia is not like that provided in the major centres.  She had also had a tough life and had aged beyond her years.  Mern was only slightly older than me. 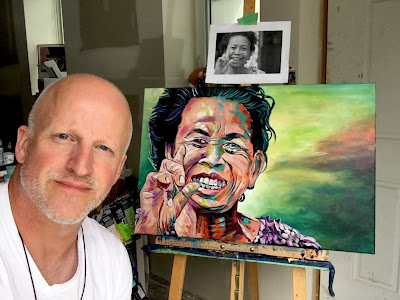 This painting will be the first to go up in the finished Birdsong Studio in Okotoks.  It will help inspire questions and allow us to talk about the work of Bracelets For Buildings and the joy of being able to help families on the other side of the world. 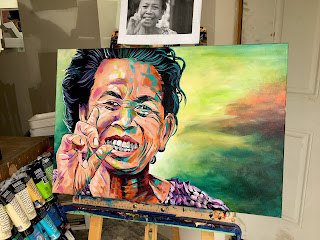