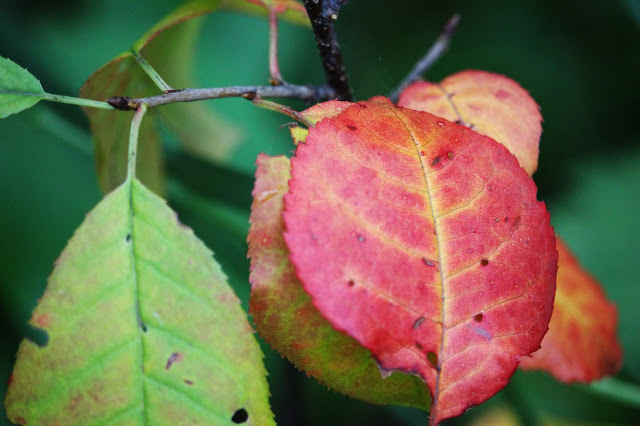 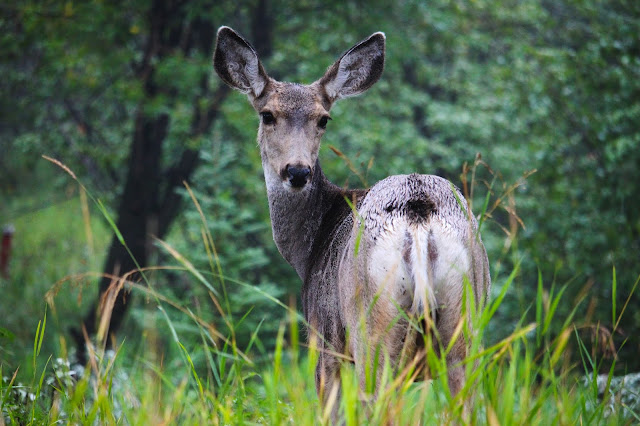 September 1st marks the end of summer, the beginning of fall, and the start of another school year.  The colours in nature have started to shift and the energy of everyone returning from summer holidays is infusing the community with anticipation and possibility. 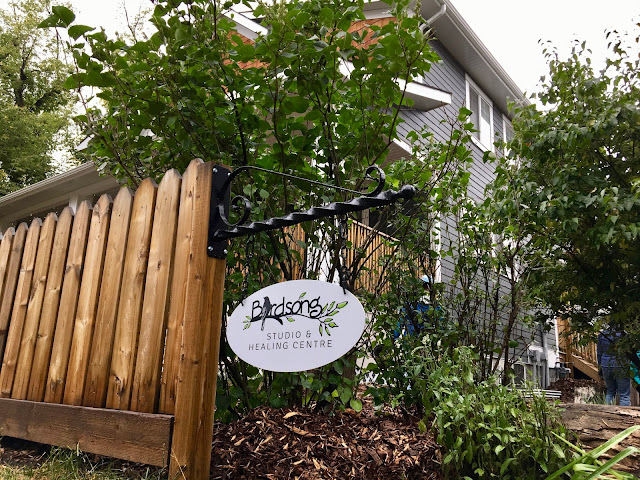 At Birdsong Studio and Healing Centre it feels like we are on the cusp of being fully up and running.  Our sign went up over the weekend, lovingly made by our friends at Run Digital in Calgary.  During the evacuation of Fort McMurray in 2016, they provided me an office to do my United Way work.  I'll never forget their kindness in making me feel welcome during a very strange time in our lives. 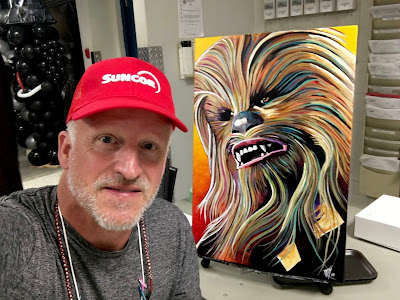 I ended the season by travelling to Fort McMurray to do a live painting at Suncor's Family Day.  It was the first time that I had been on their oil sands site in long time.  I was sitting in the security office, waiting for Thomas to come and pick me up to take me over to the Steepbank side of the operation when a young lady popped in to use the washroom.  As she dashed out she stopped in her tracks, looked at me, and declared: "You're Russell Thomas."

"I've been following your work for a long time," she said.  "I absolutely love it."

It was at that moment that I knew I was home.  The rest of the day went much the same way as many friends and clients popped by to say hello and watch me bring Chewbacca to life on the canvas.

"Would you be willing to sell this one?" asked Allison, one of the organizers.

"Would you sell it today?  People are asking."

As I had anticipated selling the painting to help pay for a portion of my time - I was volunteering to support the event and the cause - I decided to set the starting bid price at $1,000 and made the commitment that I would donate it all to the Stollery Children's Hospital Foundation.  The tax receipt at the end of the year would be just fine in terms of covering the cost of my time.  I was a little shocked to see a $1,000 bid right near the end of the day. 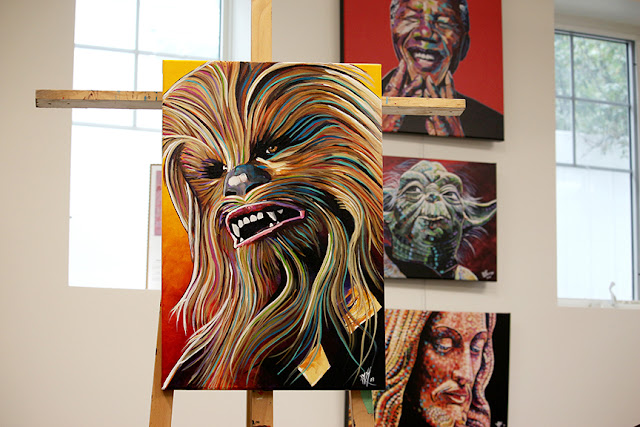 I'll be selling gallery canvas prints and EPs of Chewbacca if anyone is interested.  Just send me a private note through the Russell Thomas Art Facebook page for all the details, or email russell.thomas@birdsongconnections.com. 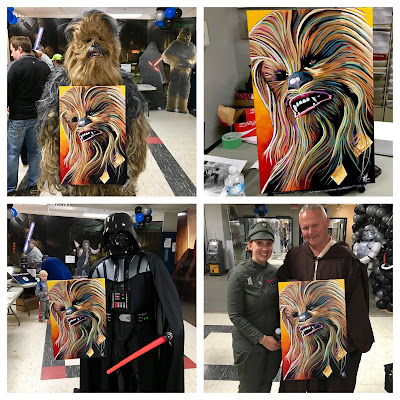 I enjoyed being at Suncor's Family Day so much and would jump at the chance to return in the future.  It truly felt like coming home as so many people came up to say hello and have a chat.  The organizers were amazing and they were raising money for such a great cause.  I spent days in the Stollery Hospital with Dylan when he was younger.  It felt good to be part of something that was raising money to support its efforts.

My trip to Fort McMurray was a whirlwind, there and back to Okotoks in a single day.  We were hosting Heather's side of the family for our annual family gathering.  I wanted to be there for as much of that as I could. 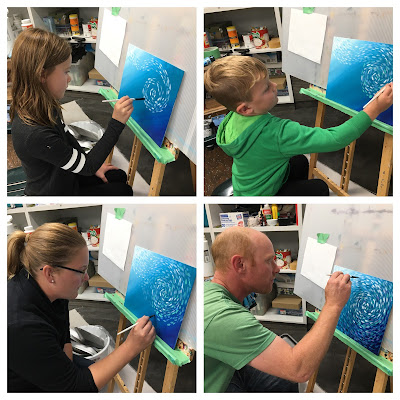 Julia, Simon, Kathryn and Michael all joined me out in the studio last night to do a collective swirl painting.  This one is going to be sent to someone who follows my work as a special surprise.  This individual has endured a terrible month and deserves a ray of sunshine. 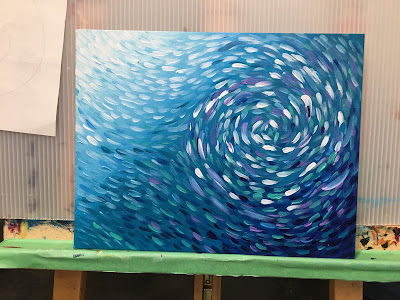