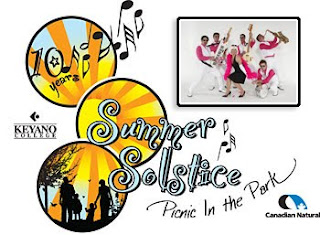 There are moments from every special event that I've been involved with over the years that stick, memories that resonate long after the tents have been taken down, folded up and trucked off to the next celebration. At the 10th annual Summer Solstice Picnic in the Park the moments were many.