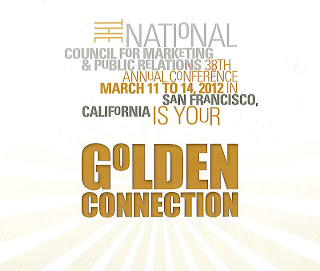 I was the last tourist standing as the tour bus (www.bigbustours.com) swung out of the parking lot and began crossing the Golden Gate Bridge.  We were three quarters of the way through a two hour journey around San Francisco, getting a rolling feel for the city by the bay, shivering on the upper level of the open topped double decker bus as we had single digit temperatures (Celsius, or Centigrade, as they call it down here) and a substantial wind.

Everyone else had chosen to descend to the warmth of the closed in portion of the vehicle on the lower level, but I grabbed a spot behind the protective glass near the front and got ready to snap some pictures, fingers numb, limberness long since gone.  It was a short trip, across the most photographed bridge in the world, well worth the abuse being dished out by mother nature on this, our first full day in California. 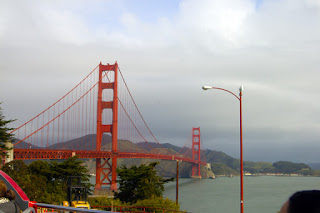 I've been coming to the NCMPR (National Council of Marketing and Public Relations) conference for the past five years, enjoying stops in Savannah, Kansas City, Albuquerque and Philadelphia.  It's a great way to experience, if only in a scratch-the-surface kind of way, some of the great American cities.  Next year, we'll be heading to Chicago.

"There you are," said Kyle Schwarm as our paths crossed in the hallway at the Fairmont Hotel, heading into the pre-conference intensive with Derek DeVries, Communications Technology Manager at Grand Rapids Community College in Michigan.  Kyle is the NCMPR President, and while we've only had a few short conversations over the years, it feels like we know one another as we co-exist in the Facebook world. It feels much the same with a handful of other regular attendees of this event. 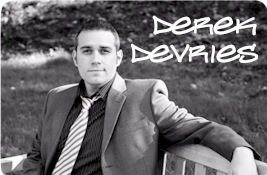 Our first session by Mr. DeVries was titled "How NOT to be a Social Media Noob".  He provided explanation and assessment of a multitude of social media platforms, metrics programs and myriad other tricks and tips to be more effective and informed.  Like many of us, Derek loves this new world we find ourselves immersed in, and is so excited to share what he has learned.

"I was up till two in the morning adding stuff into today's presentation," he said, rushing to get through all of his material, loaded up in a prezi (www.prezi.com).

As he talked I tweeted. And what happened, that I thought was rather illustrative of how social media is changing the dynamics of everything, is that a couple of folks from back home, thousands of miles away in Fort McMurray, began engaging with the comments that I was sharing.  How cool is that? 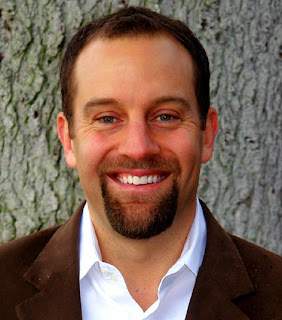 The opening keynote this year was delivered by Mike Robbins, former professional baseball player, now a best-selling author and motivational speaker.  His topic was appreciation and that we need to use it more with respect to others and ourselves.  He did a great job but it was his closing story that really pulled at the heartstrings of most of us.  He had submitted a written piece for an edition of Chicken Soup for the Single Parent's Soul, a tale of appreciation for his mother who taught him the art of baseball.  He chose not to share what he had submitted until the book was printed and he could present it to his Mom as a surprise.  The big day came, and as she started to digest was she was seeing, she dropped the book and broke down in tears, as did everyone else in the room.  There were more than several moistened eyes in the room last night as Mike put the period at the end of his appreciation sentence.

Day one of NCMPR 2012 is in the books.  I wanted to get a few thoughts down early this morning as I shift gears and get ready for our "Making Social Media Magic" presentation that starts bright and early at 8 am.  Once that's out of the way, I'll be ready to really kick into absorption mode.
Email Post