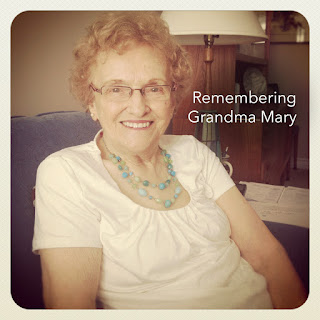 We visited with Mary and Gordon Toombs a few summers ago in Winnipeg.  They were into their nineties then; they celebrated their 70th wedding anniversary in the spring of last year.  Mary passed away yesterday morning after a brief stay in the hospital.  Heather's mom, Susan, was able to travel from her home in Crowsnest Pass to support her father and spend time with Mary before she passed.

Heather consoled her grandfather Gordon over the phone yesterday.

"I was able to kiss her on the lips the night before," he said.  "That kissing on the forehead thing doesn't work." 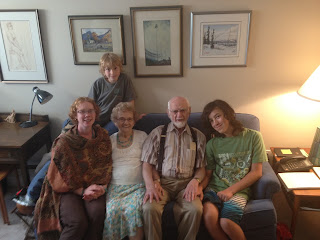 Mary always seemed younger than her years to me.  She remained highly social, active and intellectually stimulated right to the end.  Their apartment was filled with shelves full of books, carefully organized and treasured, art collected over the years, and filing drawers filled with papers - they both were writers and academics.  They loved to read, discuss, debate and even argue from time to time. 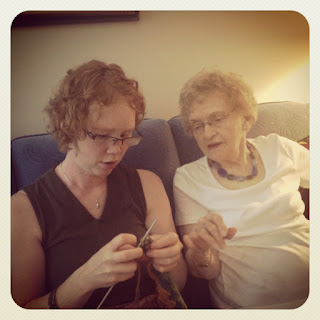 Even though her health was failing at the time, she rallied for their big wedding anniversary celebration and delighted in all the attention and company.  They both loved a party and got rather serious about planning them. 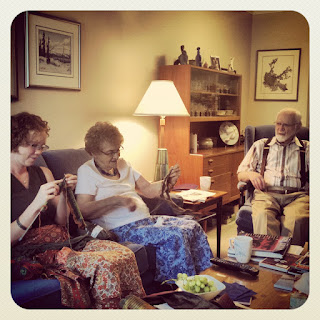 We sat in their living room having a terrific visit during our last trip to Winnipeg.  I enjoyed peppering them both with questions and listening to their answers.  It felt like a gift then to be able to spend quality time in their presence and see them so engaged in the conversation; it feels like an extra special gift now.

"It doesn't seem real," I said to Heather a few minutes after she shared the news.  We knew that Mary had fallen ill and that Susan had been summoned as it looked like the end was near.  I didn't believe it; I'm still having a hard time believing it.

Heather will fly out to Manitoba on Monday to grieve with the rest of the family.  Our prayers are with Gordon, Susan, Lowry, and Daniel as they embrace the sadness and each other.

ps.  As I reflect on the loss of Heather's Grandma, I can't help but think about my own grandparents.  I have this overwhelming regret that I didn't have a tape recorder and pen in hand listening to their great stories, astute observations and fascinating memories.  The details are now just whispers and shadows.  I wish I could raise the volume and bring them into the light.
Email Post