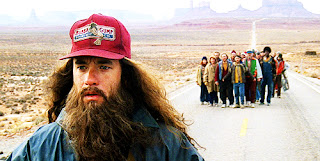 I made a promise to myself after last year's painting explosion in the summer that I wouldn't give it up with the arrival of fall.  I committed to painting at least once a week no matter what.  I could count on one hand the number of weeks when I only did one painting; it has often been three or four.  In the last week alone I have done seven portraits.  It's understandable that I was a little spent.

Picking up on the signals of my body, I put down the brush, shut off the lights and emerged from my studio to do other things.  I cut the grass, did the dishes, watched the birds in the backyard, and even made the decision to go fishing for the first time this season. 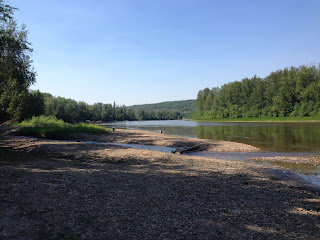 I scoped out a new fishing spot yesterday, after having bumped into Tom Weber, Sr. at the celebration of life for Mike Paskal.  He invited me to come out to their dock down in Draper, as there were a couple of good walleye holes accessible right from the shore.  It's a beautiful spot.

Several hours away from the studio, I felt refreshed and ready to tackle what is likely the most challenging painting I've done to date - The Temptations portrait held that title up until this one.  One of the final pieces in the Motown Series for North Star Ford Lincoln is a montage consisting of Stevie Wonder, Lionel Ritchie, Michael Jackson, Diana Ross and Marvin Gaye.  I decided to change my approach, which had been to do all five synchronously, and instead opted to do them one at a time, starting with Stevie and Michael. 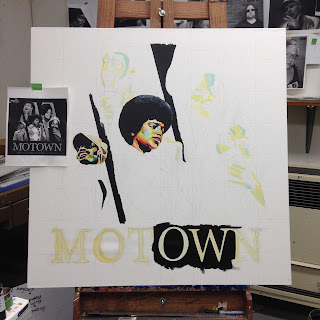 Doing one face at a time proved to be a much more efficient way of doing this kind of composition.  When I left the studio this evening, it was mostly complete, with only some final details to do tomorrow. 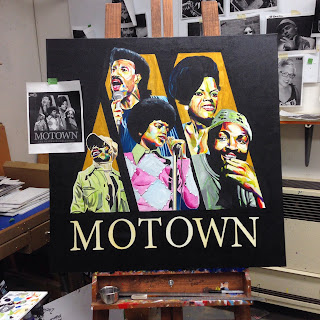 It's fair that my body and mind both rebelled yesterday.  I'm glad that I paid attention and honoured the fact that taking a breather was exactly what the doctor ordered.