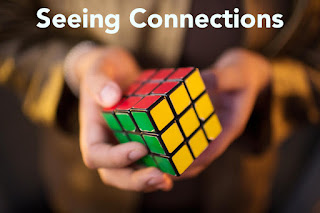 I facilitated a workshop yesterday for FuseSocial about effective networking.  It is a topic that I have lived for the better part of 25 years through careers in the radio broadcast industry, professional communications, politics, and community building.  I love sharing stories of how small, but effective, interactions led to amazing things, and in some cases, significant changes to my life.

We had about 15 people in the session - the perfect amount really - people from a broad range of social profit organizations. There were a few super adept at make connections, but most had some level of uncertainty and longed for some pointers to make the "rubbing shoulders" "hob-knobbing" part of their jobs a little less stressful.

Being able to network effectively is important for your personal and professional development, for your organization, and the broader sector in which you work.

Ultimately, networking is the act of building mutually beneficial relationships.  Relationships begin with connections, which can happen myriad ways: in person at a business function, at an event, during a cold call, through social media, phone calls, emails, etc.  It is what happens after the initial connection that makes all the difference in the world.

I offered a number of tips to strengthen networking skills as part of the workshop, but one of the key ones was "Make additional connections when appropriate".  This could take many forms:  a follow-up email, connection request on LinkedIn, follow on Twitter, etc.  But arranging a follow-up visit in person is absolutely the most powerful.

It was wonderful to see strangers making meaningful connections during yesterday's session.  Two ladies, across the table from one another, discovered they came from the same small community in Ontario.  All of a sudden names and places were being thrown across the space and caused smiles of immediate recognition.

We even discovered things about our own colleagues that we didn't know before.  For instance, Jennifer Kennett, a member of our United Way team, has an ability to solve a Rubik's cube in under two minutes.  I haven't solved that thing in three decades.  That little nugget of information caught my attention.  I also found out that Lindsey Bradbury is a fan of bowling.  She'll be interested to find out that my mom and dad once owned the bowling alley in Kamsack and that I was an avid bowler in the seventies and early eighties.

Among the group of 15 extraordinary people we met an accomplished opera singer who works at McMan, a lovely lady from Big Brothers Big Sisters who loves learning languages (she speaks several), a guy from the Food Bank who is AWESOME,  and an employee from OSCA (Oil Sands Community Alliance) who loves hurling (not the kind you think - see hurling).

These little nuggets of uniqueness begin to form connection points in our memories and will help form the foundation for stronger, more meaningful and authentic relationships.  It was lovely to see people connecting; it was wonderful to see them stick around after the workshop was over and begin the process of strengthening the new connections they had made right away.