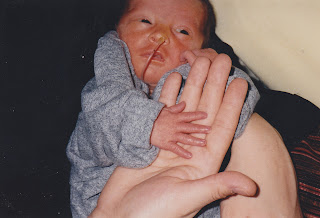 Many long years ago, Dylan's mom (Nadia) started to experience labour pains while watching a performance of The Taming of the Shrew at Keyano Theatre.  It was a little surprising as it was only mid-February and he wasn't due until April.  Dylan will turn 18 back in the hallowed space where he first insisted he launch into the world.  He is playing Lyle and a member of the Footloose ensemble.  I can't tell you how grateful I am that he gets to be on the stage at Keyano for this significant birthday; it is one of his happy places, a place where he shines. 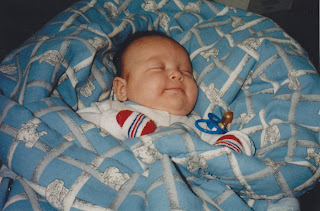 I don't stop and reflect on his journey as often as I should, probably because it fills me with emotion.  Looking back at the mile markers, Dylan has accomplished so much and grown from a tiny boy (4 pounds) to a man.  It hasn't been easy. 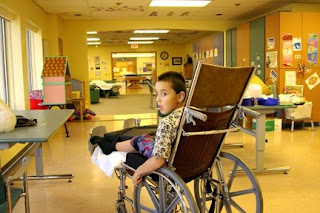 Being born with cerebral palsy gave him an extra set of challenges that honed his abilities to adapt, persevere, and rise to the occasion.  Going through several surgeries and extended stays at the Glenrose Hospital in Edmonton tested him in ways we will never fully understand.  He shared some of the darker aspects of his struggles during that period in a speech at the Peace Warriors Festival a number of years ago.  As I sat there listening to him share his heart and soul with eloquence and unbelievable candor, I had never been more proud.

He finally caught the flu/cold that was working its way through the Footloose cast.  Yesterday he stayed home and worked at doing everything possible to help his body recover and preserve his voice.  At the dinner table last night he made a gesture indicating that he wasn't going to speak; he wanted to save it all for the stage.  He takes his theatrical life very seriously.

I put a post on Facebook a few days ago, asking people to share some thoughts as to how Dylan inspires them.  Here are a few of the responses:

"...a heart that genuinely cares for others..." 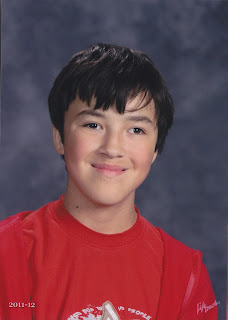 Dylan has so much to offer as he makes the transition from being a teenager to being a man.  As a father, I am rather biased when it comes to both of my sons.  But as Dylan turns 18, I know that he has already made a profound impact on so many people, and that he will continue to do so as he pursues his passions and dreams. 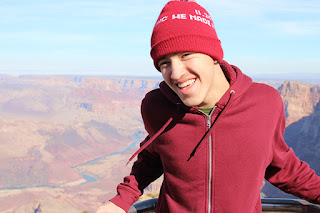