I am staying on the 13th floor of The Westin in Edmonton.  I’ve often wondered about the 13th floor, and whether businesses (and guests) had reservations about residing on it. When I was much younger, I was convinced that they skipped it entirely.
“It’s your lucky day,” said the guy at the front desk. “We have you on the 13th floor.”
I think he’s right. 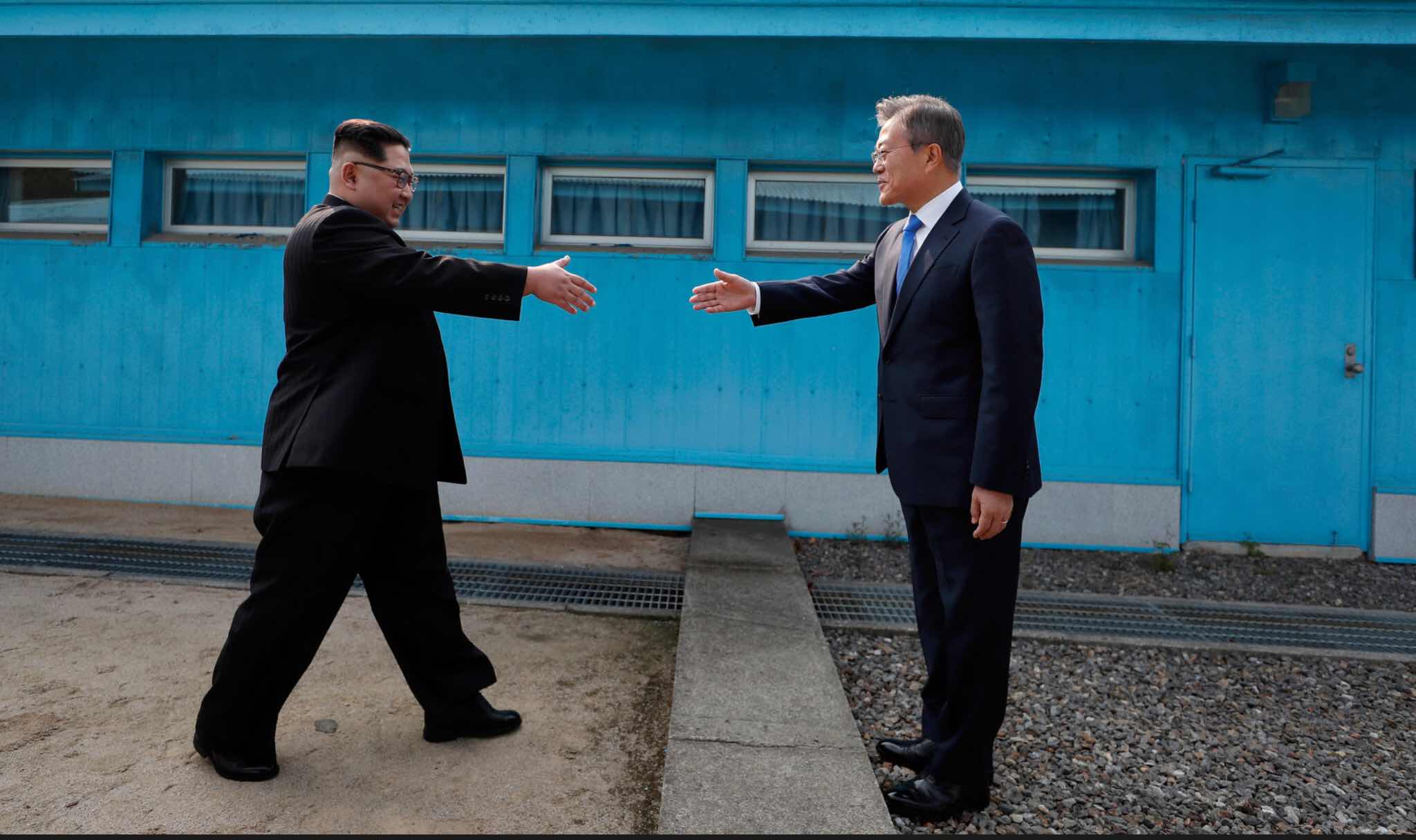 I have woken up this morning to images of the leaders of North and South Korea crossing the demilitarized zone hand in hand, smiling broadly.  Not too long ago, we were worried about nuclear warheads being aimed at US targets. The scene, inconceivable for the last 70 years, is being heralded as a major turning point toward peace in a region that has been in a state of war for as long as most of us (and them) have been alive.
I am enjoying a healthy breakfast before heading over to the Shaw Conference Centre. I am doing another live painting of Edmonton Oiler’s captain Connor McDavid at the Alzheimer’s Face-Off.  This is the third year in a row of painting at this event. Between this event, and the one down in Calgary, my live paintings have raised $45,000 for dementia research, support and education.  If we are lucky, that total should jump above $50,000 around 1 p.m. this afternoon.
It always feels less stressful for me when I can get into the event space the day before. I arrived in Edmonton nice and early and walked over my canvas and easel.  About two blocks from The Westin, it was far easier for me to go for a stroll with my supplies than driving them over. I find these downtown Edmonton streets confusing. The less I have to drive the better.
Jessica, Leslie and Erin were all on site when I arrived. They are the primary organizers of this million dollar fundraiser. They have gathered over 600 supporters for this year’s event.  I will be set up on stage left, my lucky spot.
It’s time for me to go to the venue and get started on my painting.  My waitress just came over.  I showed her the picture above.
“How did you know I was Korean?” she said with a bright smile.
“I didn’t,” I replied.
She was so excited that she called home to South Korea to talk with her mother.  Mom didn’t want to talk as she didn’t want to miss a second of this historic moment.
Hope of peace is one thing, but seeing peace in action is something completely different.
Email Post