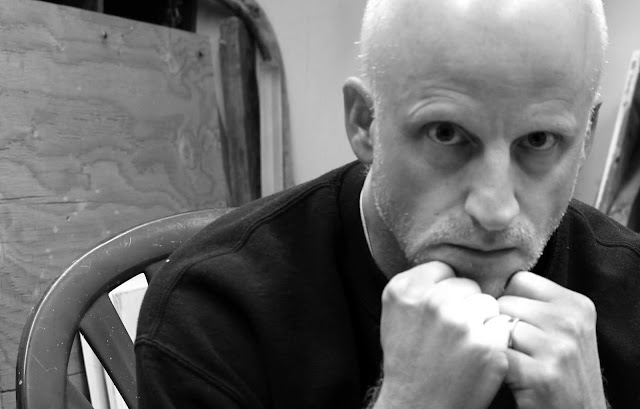 There was a time when I had grand ambitions of climbing the corporate ladder and going further with my short-lived political career.  I quit the former as professional circumstances changed and left the political life after losing an election in 2013.  I regret none of it, or my decision to devote my time to charitable causes and my art.  I felt then, as I feel now, like it was a natural progression that was more about getting grounded in myself, my family and my community, than being focused on external pressures, perceptions or concerns.

As I've grown older, I've developed an aversion to conflict and controversy.  I want none of it, which is why I stay away from politics, social media debates and discussions.  It is why I'm quite content with my quiet life in my studio, brush in hand, canvas on the easel. I'm also learning more about myself in the process.

I've discovered - or maybe rediscovered - that I'm prone to hyper anxiety.  Episodes seem to be triggered by the incredible stress that gets generated in my body (and mind) by conflict, controversy, and negativity.  I find myself having what can best be described as a panic attack.  My brain becomes overwhelmed with irrational fears, I lose my appetite, and I long to crawl under the covers and sleep.

I said "rediscovered", because these episodes started when I was the president of interPLAY over 10 years ago.  I regularly had attacks on the Friday of the festival and often had to recuse myself and retreat to my bedroom for the night.  By Saturday morning, all would be well.  I had several of these episodes when I was struggling though major personnel conflicts in my place of work.  And I certainly had more than a few during my time as a municipal councillor and in the weeks and months that followed the election loss.  I've even had attacks during this artistic journey, several quite recently.

There are some business and corporate leaders, as well as politicians, who love the fight.  Put them in a contentious situation or debate and they come alive.  I do not.  I become overwhelmed quickly and spiral into an irrational state that I abhor.

I have a wellness toolkit that I open up during these short bursts of dysfunction. As soon as I feel an attack coming on - cold sweats, increased heart rate, dizziness - I do what I can to mitigate the symptoms.  I'm thinking that additional stress brought on by the major family transition that has been taking place in the past month left me extra vulnerable.  I had two different episodes in the last several weeks.

I share all this because talking about mental health is important.  I am a highly functional human being but I have this hyper anxiety thing that rears its ugly head from time to time.  Writing about it is one method for me to better understand myself and potentially better manage circumstances that could lead to an attack.  Hopefully, opening up about this will encourage others to do the same and help reduce the stigma around mental health issues.


Even as I'm writing this I am having revelations.  What my body felt on the afternoon and evening of May 3, 2016 (the day of the evacuation of Fort McMurray caused by wildfire) was exactly what I felt when I had attacks in the past few days.  My body went cold, I lost all interest in food, and became overwhelmed with emotion and irrational fears.

After several walk and talks with Heather, several naps, and the passing of time, I started to emerge from the fog.  I was in a state for almost a full 24 hours.  I had an even longer stretch the previous week.

All of this to say that I make life choices that are better for my mental health.  I'm growing into a nature loving middle age guy who enjoys listening to the birds in his backyard, going for long leisurely walks with his wife, and trying to make a positive difference in the world with his creativity.  Most days are awesome.  Some are tough.  I'm guessing that almost everyone who has taken the time to read this far can relate in some way.
Email Post