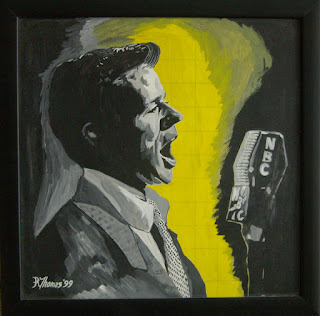 Frank Sinatra was born in 1915, a contemporary of my grandparents.  He was an infant during the Great War and a global superstar by the time WWII came along.  During the early years of Las Vegas, when it was a mob ruled mecca in the desert, he was one of the headliners.  An essential member of the Rat Pack, he was a revered bad boy during the sixties and seventies.  During the eighties, he was still packing houses and putting out albums.  He died in 1998.

I have this memory of driving through early morning fog in northern BC, going through the Pine Pass, singing full voice from one of Frank's greatest hits cassettes.  It was a lonely highway at that time of day and songs like "Fly Me to the Moon", "It Was a Very Good Year", and "Where or When" kept me company.

It would be hard to quantify the number of hours I've spent listening to his music and watching his movies.  Even though he was more a part of my parents' and grandparents' generations, he cut through to mine and even that of my older son.  As Dylan discovered his voice, he found a home in the music of Mr. Sinatra.  The first time he sang in front of people, just before he auditioned for Les Miserables, was at Mindcamp, Canada's creativity conference.  It was a Frank Sinatra song that blew everyone away as he took over that microphone under the stars at YMCA Geneva Park.

Someone mentioned Frank a few days ago.  Maybe it was someone asking about whether I had ever done his portrait, or perhaps it was another passing enquiry.  Regardless, the idea of painting Sinatra again settled into my bones and wouldn't let go.  As I put the finishing touches on a couple of commission projects had finished sketching out the next one, I felt it was time to return to Ol' Blue Eyes.  I also knew it was time to return to my style of using small vertical dabs of paint. 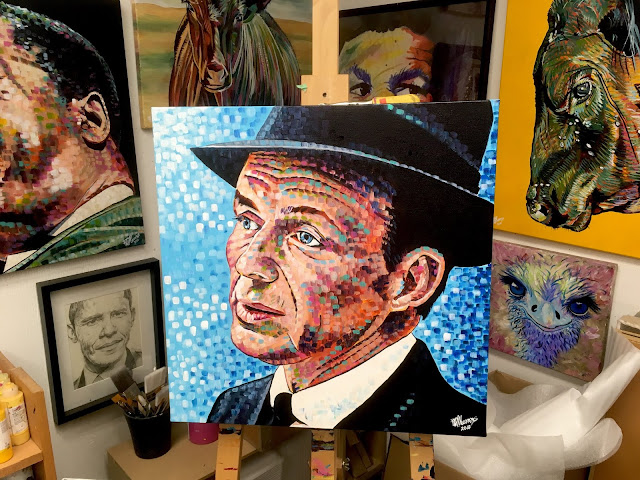 I worked on this one over a couple of days this week.  I'm really happy with the results.