Heather booked a bike tour for our first full day in Bangkok.  It was priced at $70 per person and would include a number of stops for food and refreshments. 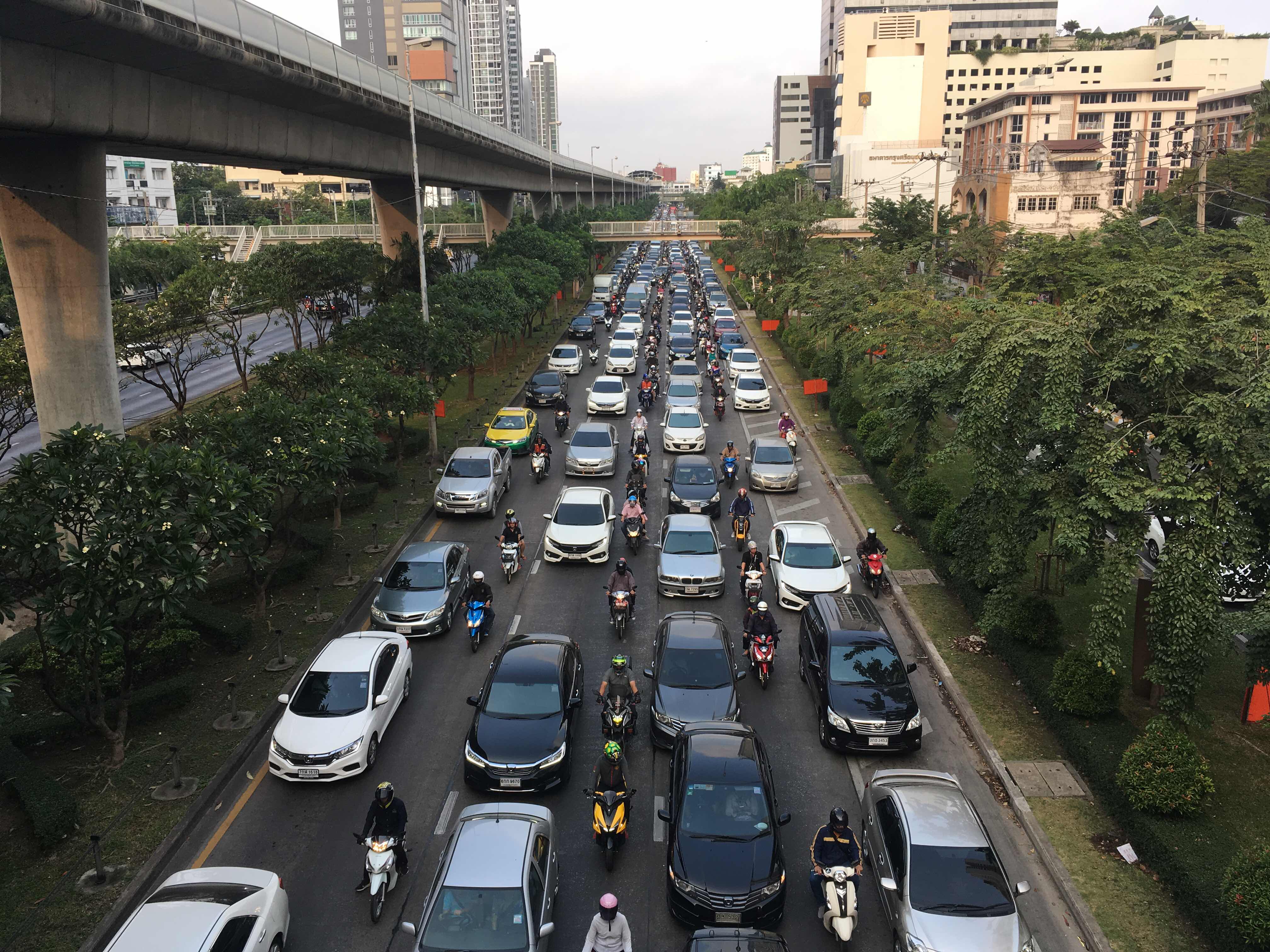 Getting around this mammoth city is always interesting.  Heather had pre-established a route using Google Maps, but the challenge once we got underway was actually using it.  You see, that particular app requires a cell signal and the use of data.  We had made the choice NOT to use cell signals or data on this trip.  Instead,, we have only relied on WiFi, available in almost every eating establishment.  She switched over to a different mapping program called MAPS.ME which only uses GPS and began navigating out through a meandering route to our destination.  It was about a 2 km walk through tiny neighbourhood streets and alleys. 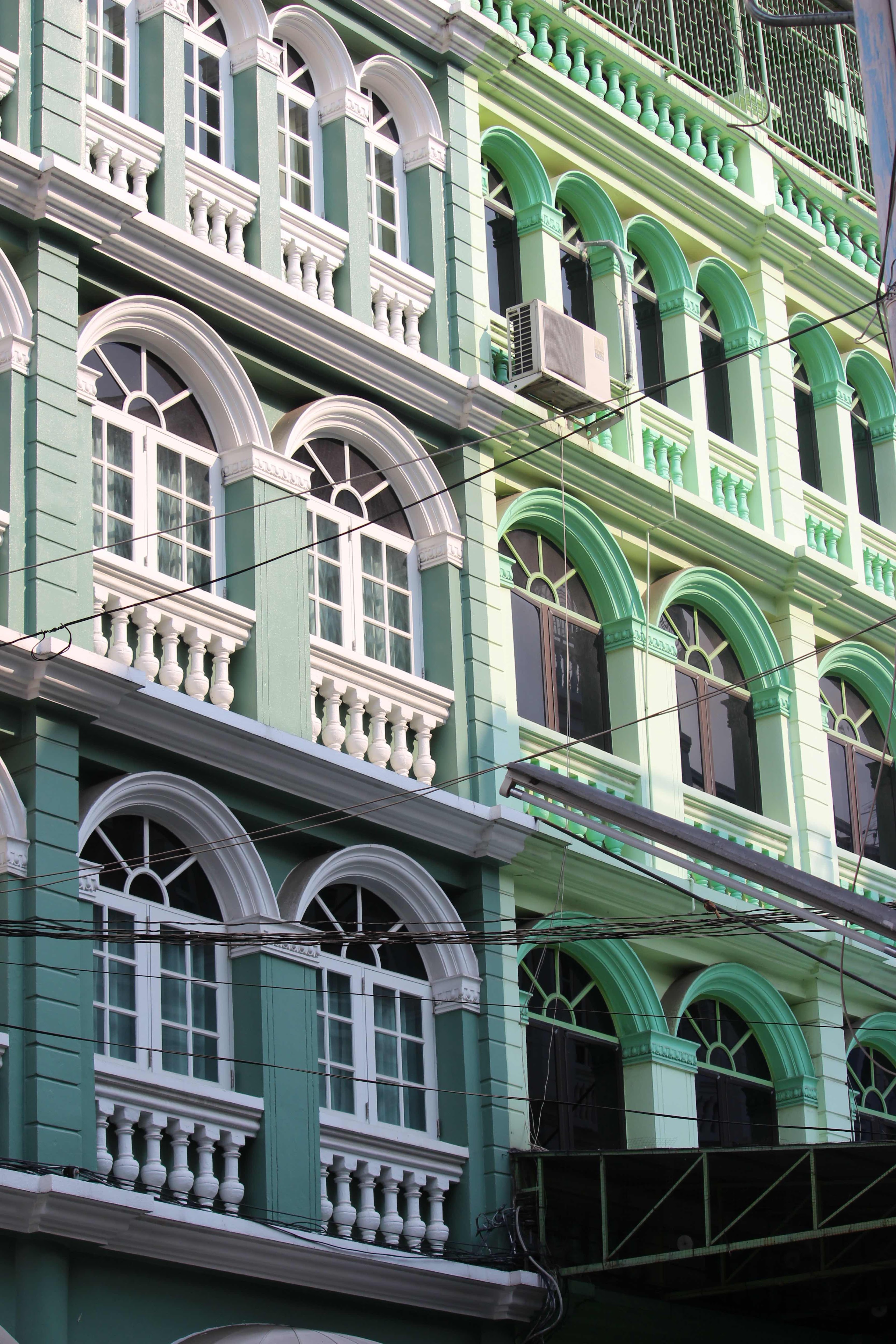 The tour, led by Chin, included the three of us, Chris (an American working in Taiwan) and Kevin and Kelly (a couple of Singapore).  I think that in my head, I imagined us going great distances on a well established road and bike paths.  That was no the case.  Instead, Chin took us on a meandering journey though his neighbourhood, to local temples, a plantation, bakery, and several out-of-the-way eating spots. 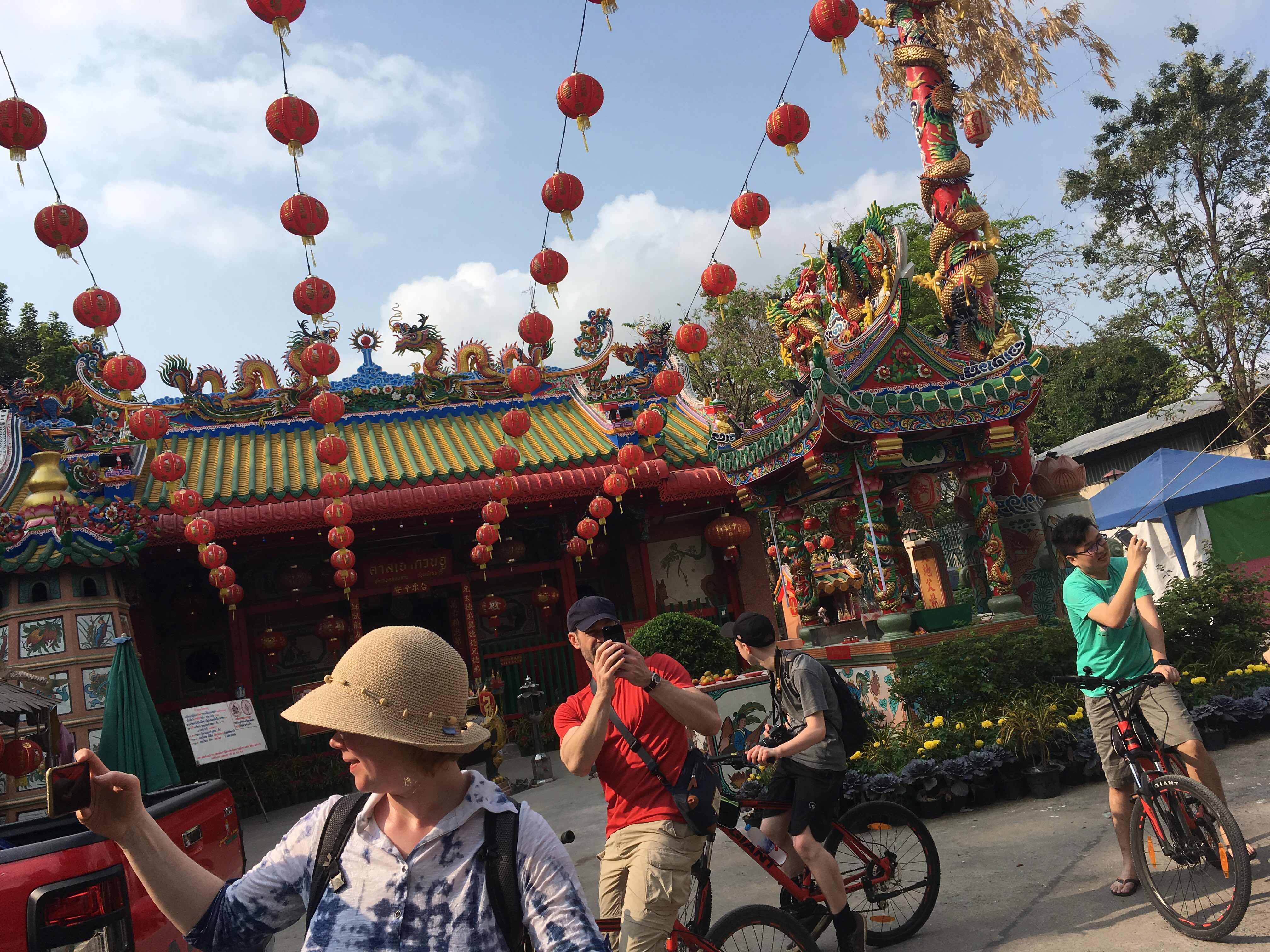 I have spoken it many times, but I don’t think I have written it:  commerce is everywhere.  Through these tiny paths between homes - sometimes only 3 or 4 feet wide, there are still tiny stores.  Family operations that strictly serve the neighbourhood.  The first place we ate at was so hidden away, nestled close to the Santa Cruz Church, that you would never even know it’s there.  They served up some amazing red curry and rice. 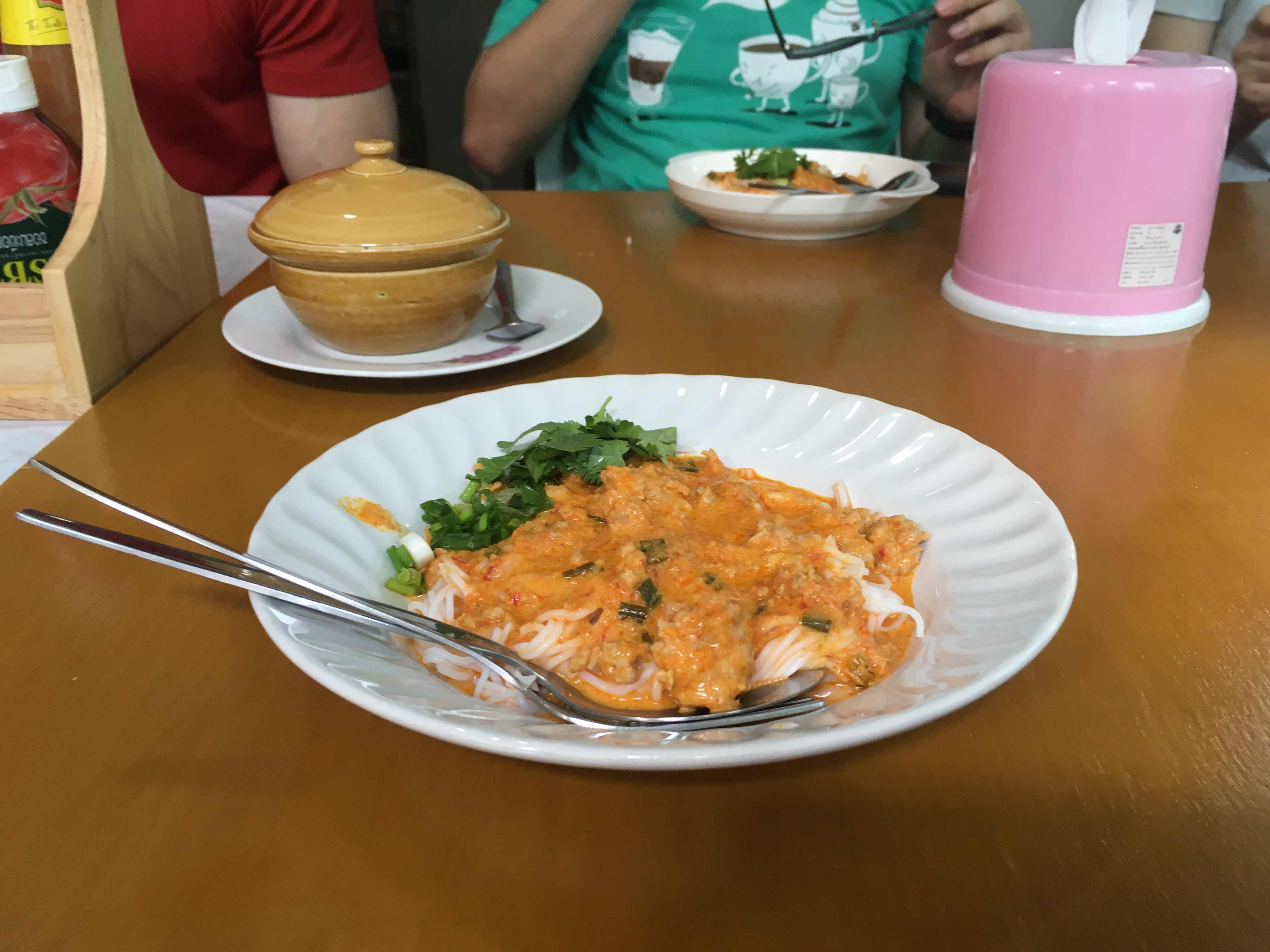 We ate lunch next to a canal teeming with fish.  The tourists do their part to sustain them buying bags of fish food and throwing them in the water to watch them rise by the hundreds.  The food was extraordinary, despite the fact that we were melting.
Our final stop on the 4-hour adventure was a tiny spot selling the Thailand version of an ice cream treat.  It was a mix of water chestnuts with coconut milk on ice.  Oh my God!  It was absolutely heavenly.
We didn’t have a lot of time to take pictures, but we sure got a sense of the neighbourhood and its many treasures.  One of the things that really hit home for me was the comment from Chin that the bicycle tours had inspired the residents to clean things up and make improvements.  Paths now made of stone were once derelict.  Tiny streets once strewn with garbage are obviously cleaned on a regular basis.
I noticed several things about our guide as he guided us through these tiny streets and local alley ways.  He always brought his hand up to brush the flowers that hung over the path.  He also had these animated machine gun conversations with many of the residents as he flew by.  Chin also had an affinity for the birds and seemed to know which species were making the various sounds.
We were drenched and rather tired after a full day of cycling in the 35-degree heat of Bangkok, but still deeply satisfied with the experience.
The cost, in Thai terms, was higher, but very worthwhile in Canadian terms.  We enjoyed a wonderful day, some of the best food we have had on the trip, and got to experience the intimacies of a neighbourhood in a way that could have only happened on bicycle.
Email Post