A day of many blessings

There was a moment as a long chain of family and friends made three trips around the new house that I felt a wave of emotion.  Here we were, thousands of miles from our own home, helping a family move into theirs.  There was joy, hope, love and gratitude in the air today. 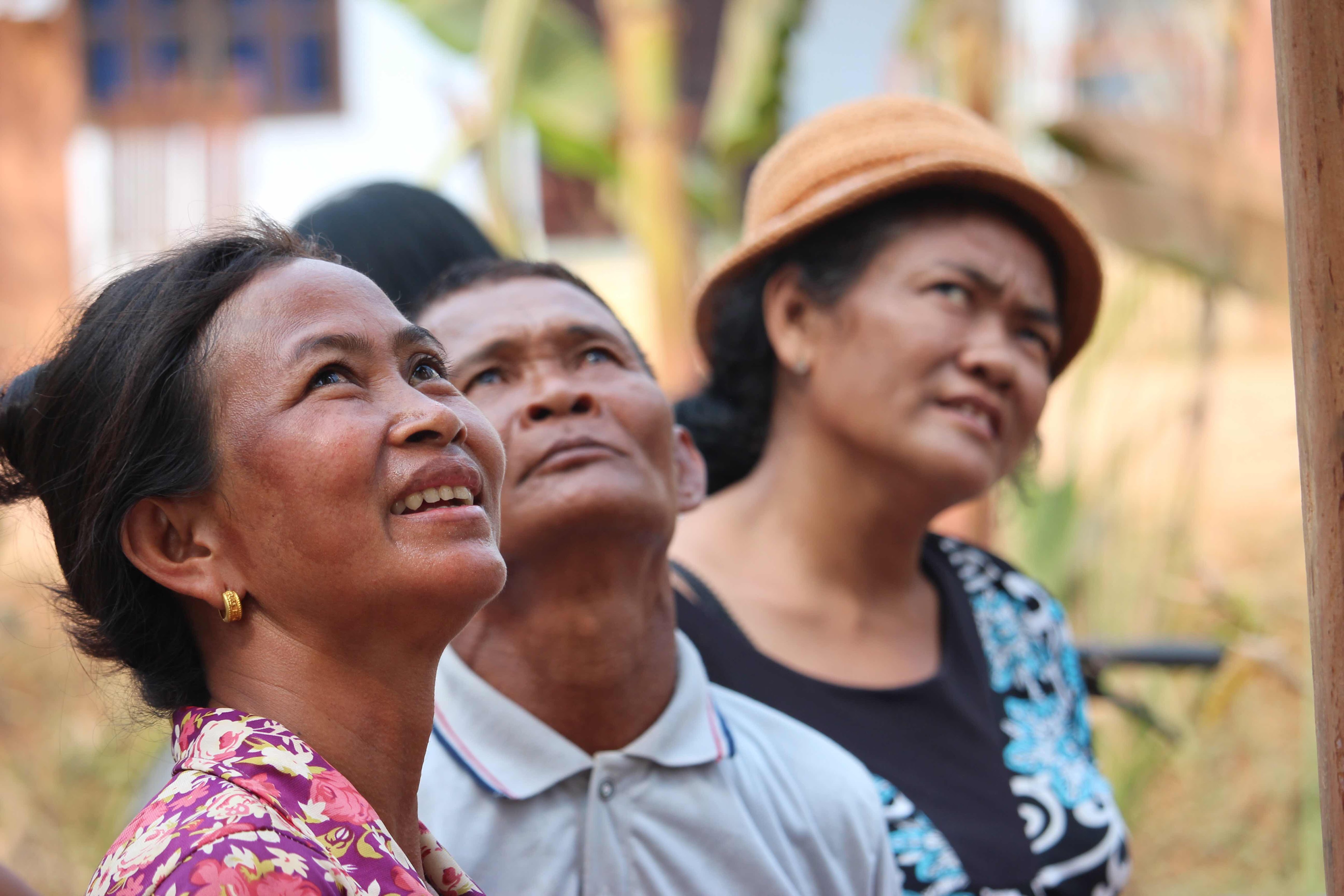 As we drove out of the city directly into the persistent sun and smog, it felt a little stifling.  The heat was intense, and having just escaped the “Big Market” with its myriad smells and crush of people, I was excited to return to the country where there would be room to breathe and familiar faces.  By the time we arrived at Tea and Mapp’s place, the celebrations had already begun.  The elders were gathered in the shade while the youngsters ran around playing.  The ladies were preparing the feast while the men stood off in the distance chatting amongst themselves.  We were there a full 15 minutes before we realized that the three monks were already there, seated in the place of honour in the shade, enjoying their midday meal.  They were full of smiles and fascinated by the three barangs who had arrived.  We can’t help but stick out in the crowd. 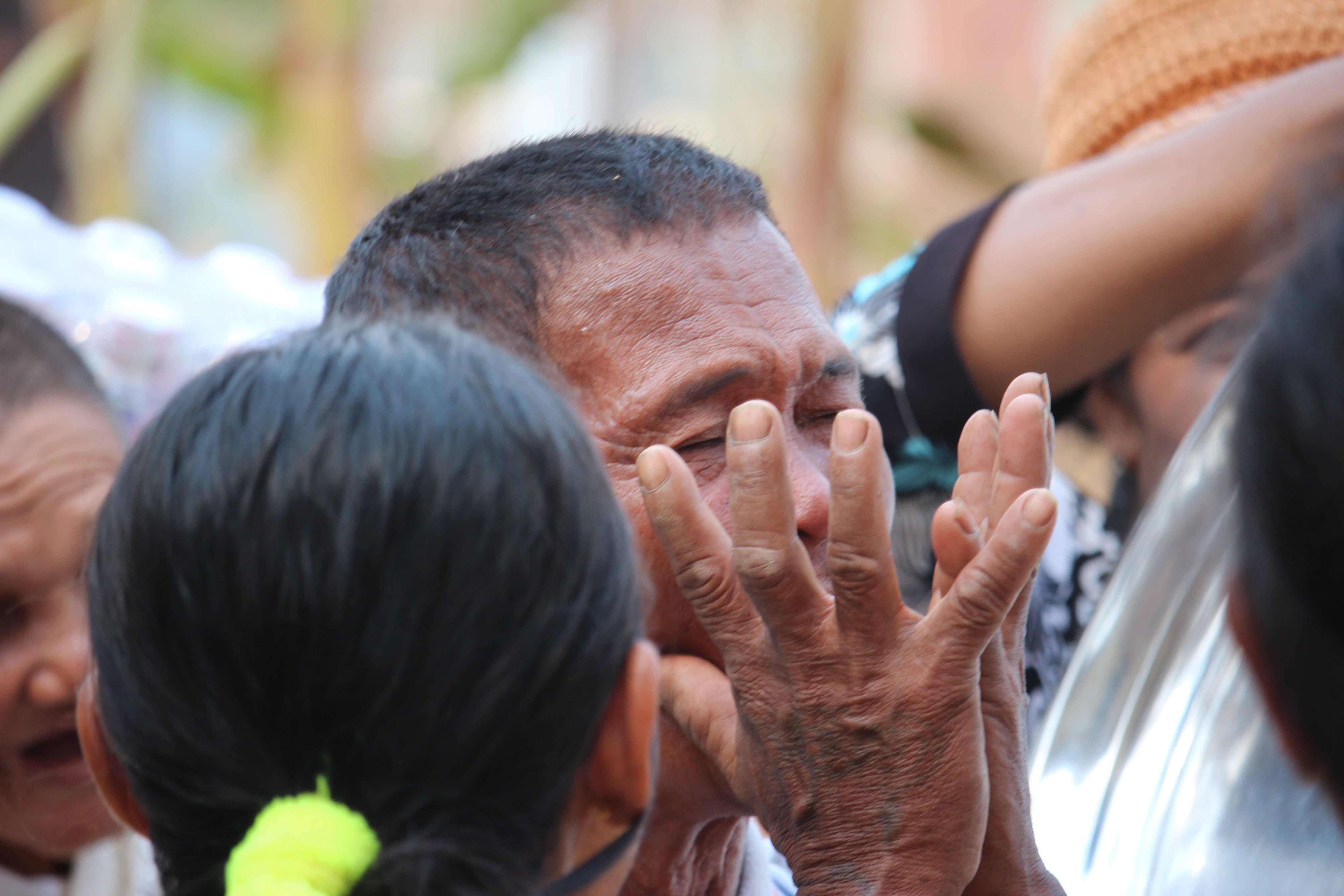 As soon as Kent and Lee arrived, the fun began.  Everyone joined the procession around the house, with cheers, drumming and laughter.  This was an occasion worthy of exuberance. 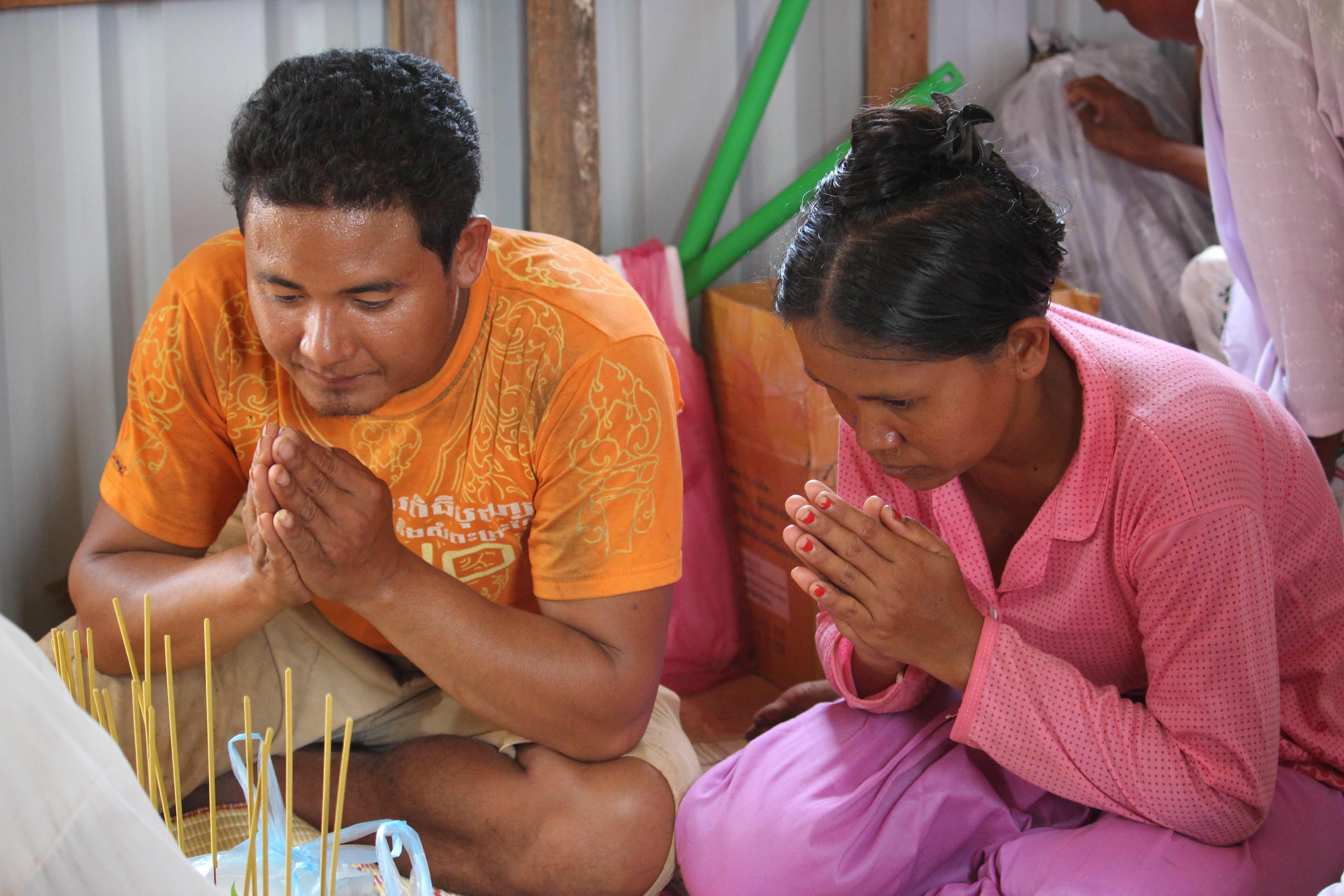 The monks ascended the stairs, took their places on the south side of the house.  Elders, neighbours, family members and us followed.
There is a trick to getting a good spot in a blessing ceremony, especially for taking pictures.  While focusing on angles, you also have to keep your feet pointing away from the monks, a show of deference.  I managed to get myself in a decent position with cramping up. 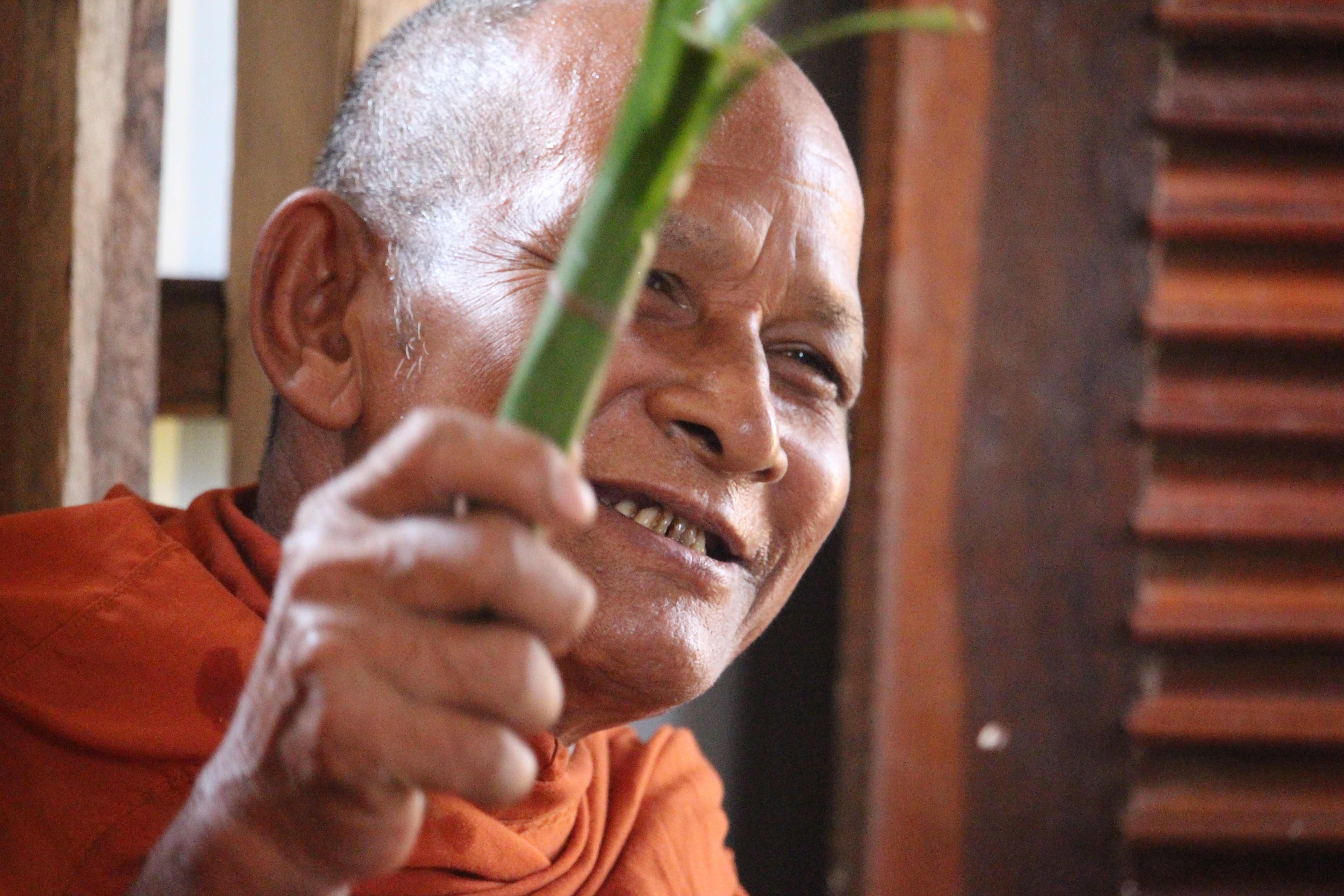 The call and answer of the chants went on for about 45 minutes.  The temperature rose, probably north of 40-degrees, and both Heather and I were dripping.  The older monk kept looking over at us and acknowledging our drenched conditions with a smile, laugh and sprinkle of water.  He was quite a character. 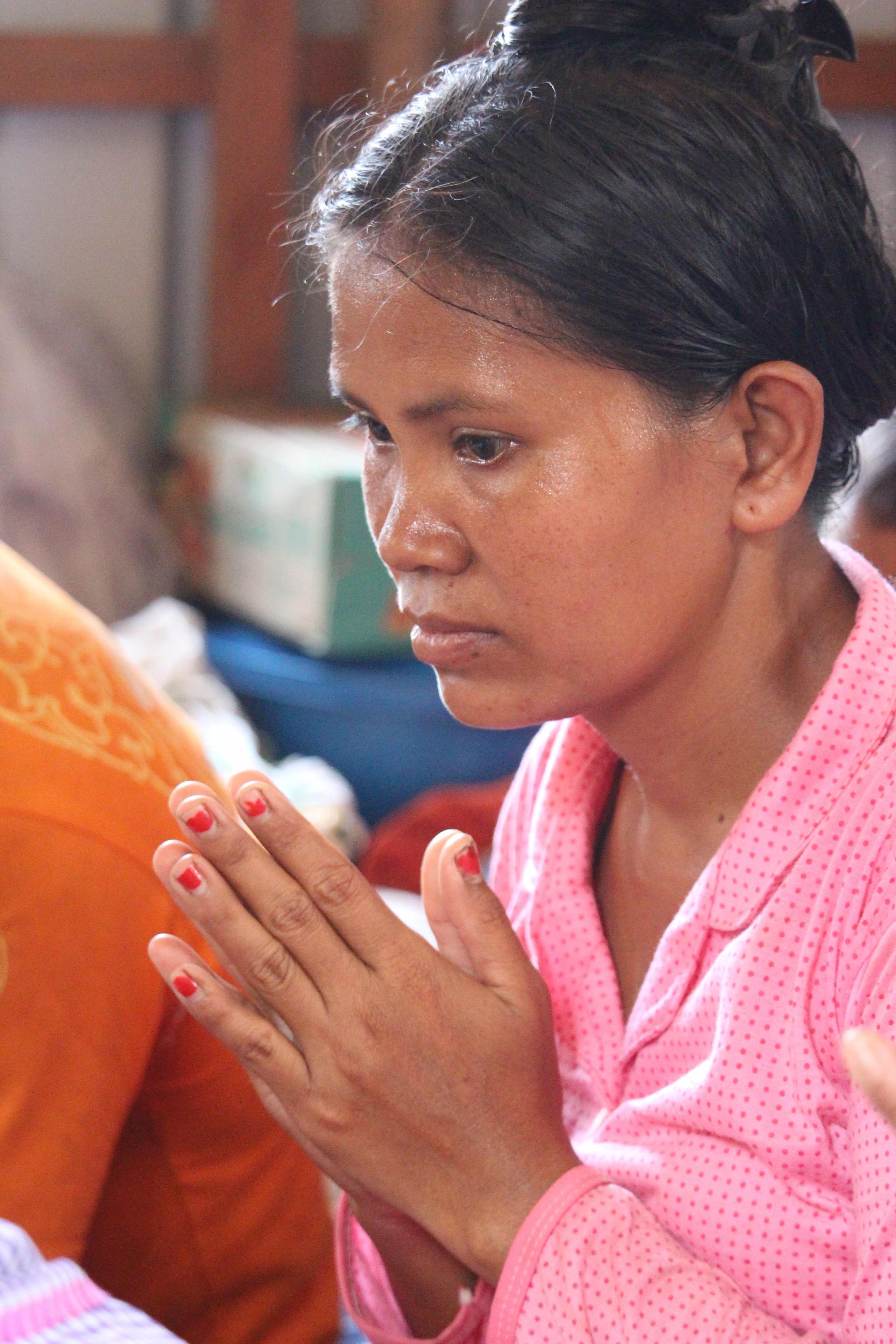 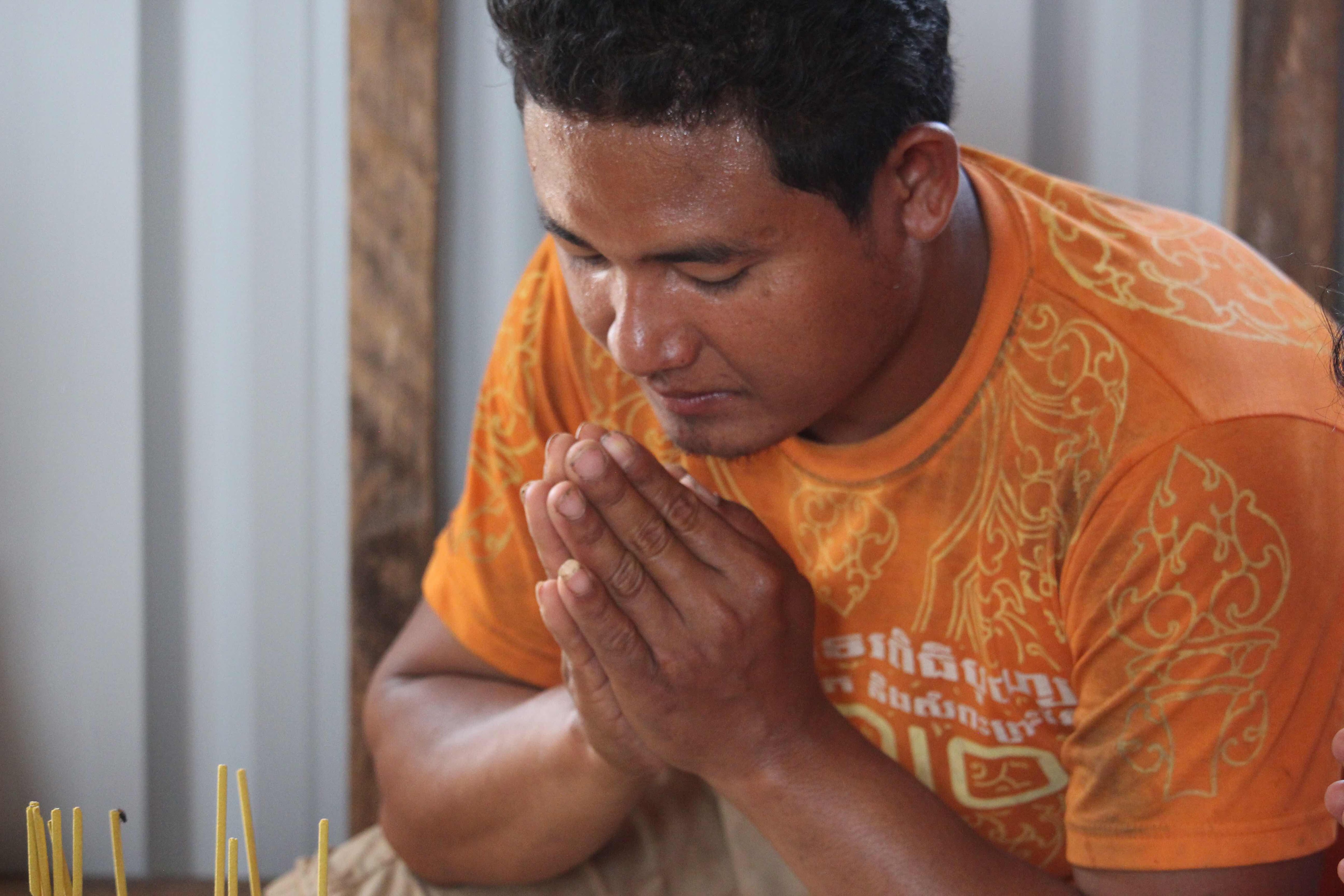 Tea and Mapp were both solemn and joyful, an interesting balance that provides a strong clue as to the strength of their relationship.  Despite their poverty, they have made things work and are well positioned to take this lift up and maximize it. 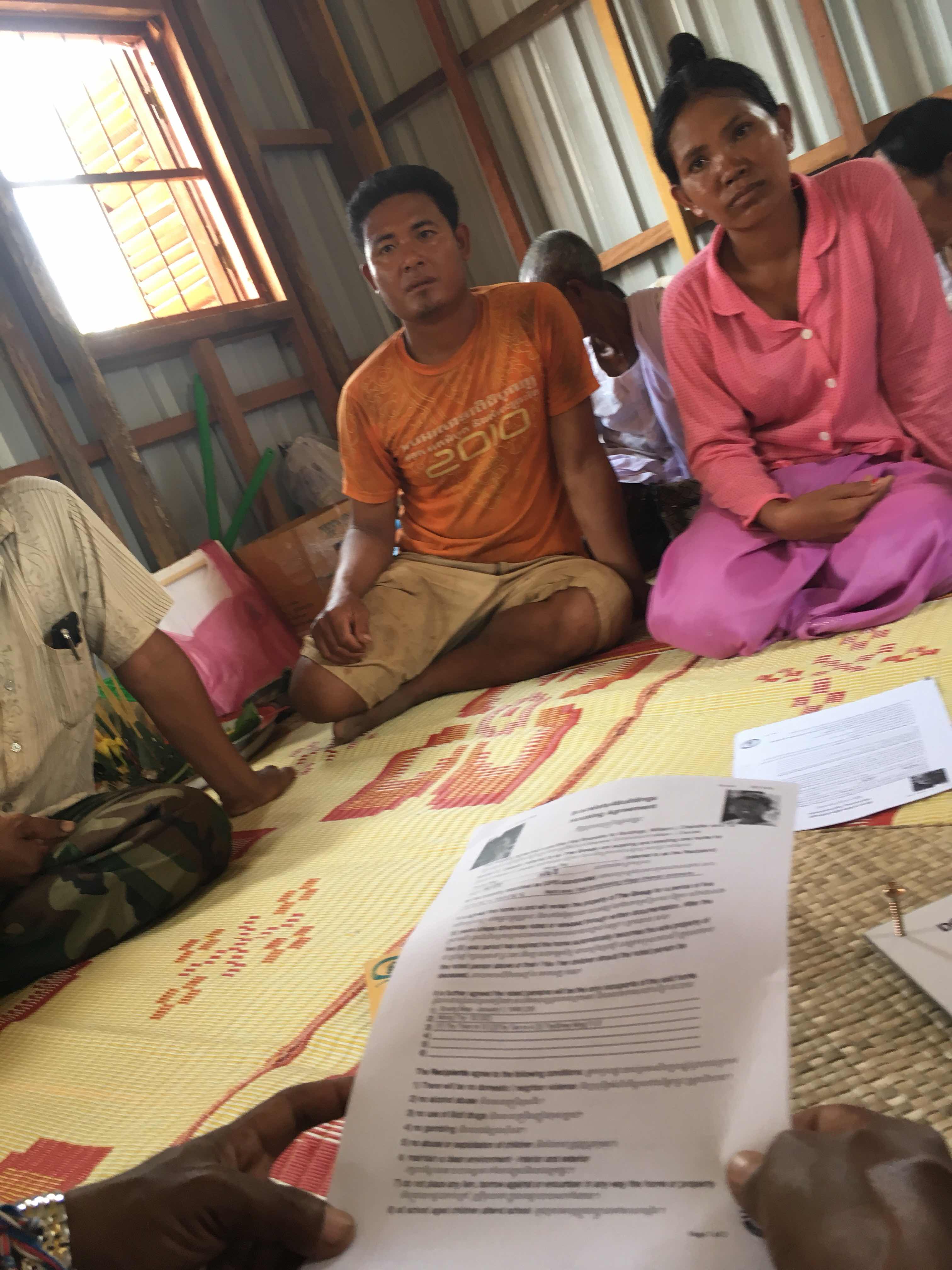 After the monks left, the reading of the contract began.  Mapp started reading it aloud before Heng (our construction foreman and translator) took over.  The contract is very important as it lays out the requirements of the home owners.  Based on what we saw in the village to the west the other day, dropping in on last year’s recipients, the conditions are taken seriously: no alcohol abuse, gambling, violence, etc.  There is also a requirement to maintain the cleanliness of the property. 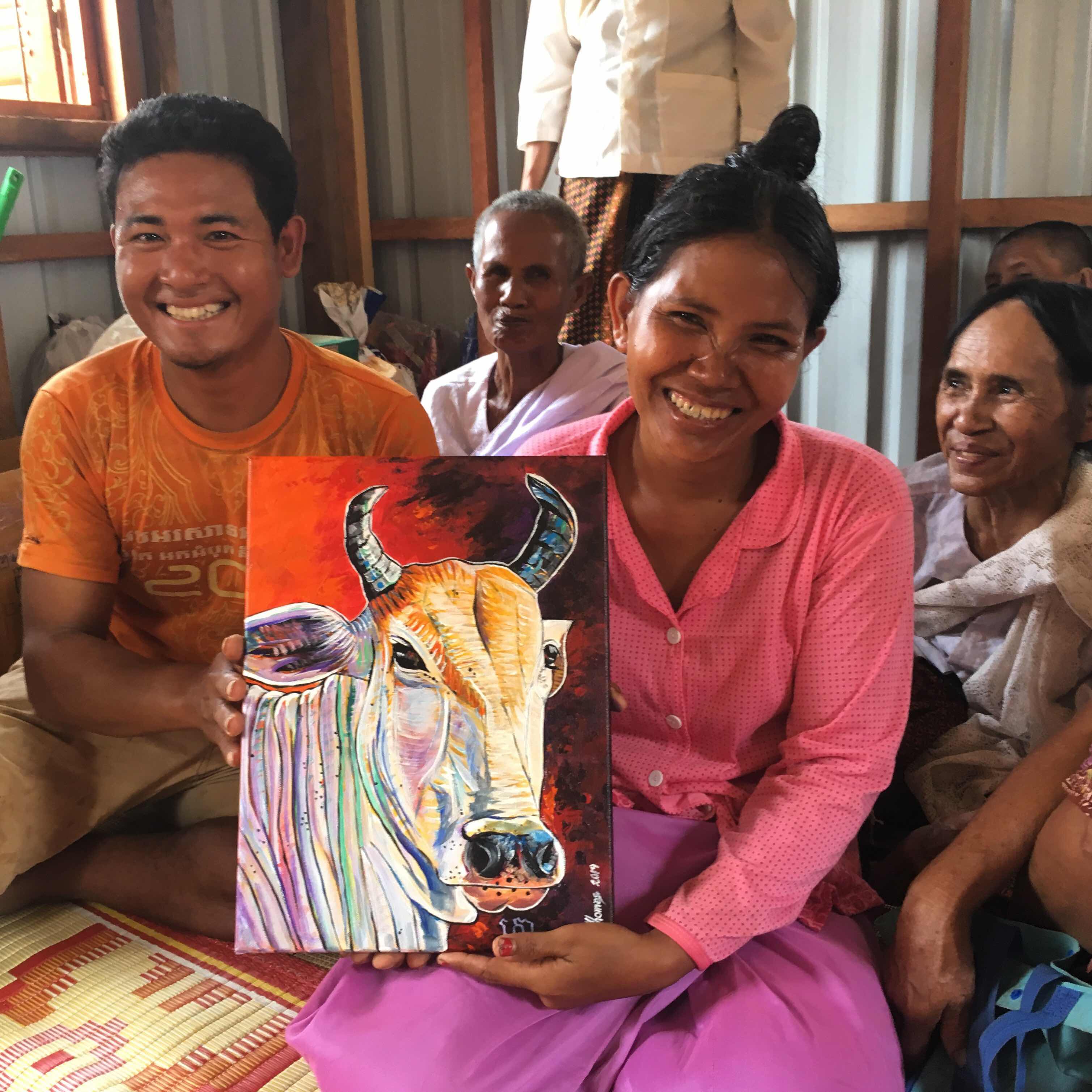 Heather and I presented the keys and bracelets and the formal part of the blessing ceremony was over.  One final gift remained to be presented, as Kent reminded me.  I reached behind Tea and Mapp and gave them the painting of the cow I had done, inspired by one of their neighbours off in the field.  While they might have wondered what the heck I was doing giving them a painting of a cow, they didn’t show it.  They smiled graciously.
I took a lot of pictures through the process, as you probably can tell.  I shared a small selection of my favourites with Heather, Ben, Kent and Lee.  They all picked the same one as their favourite. 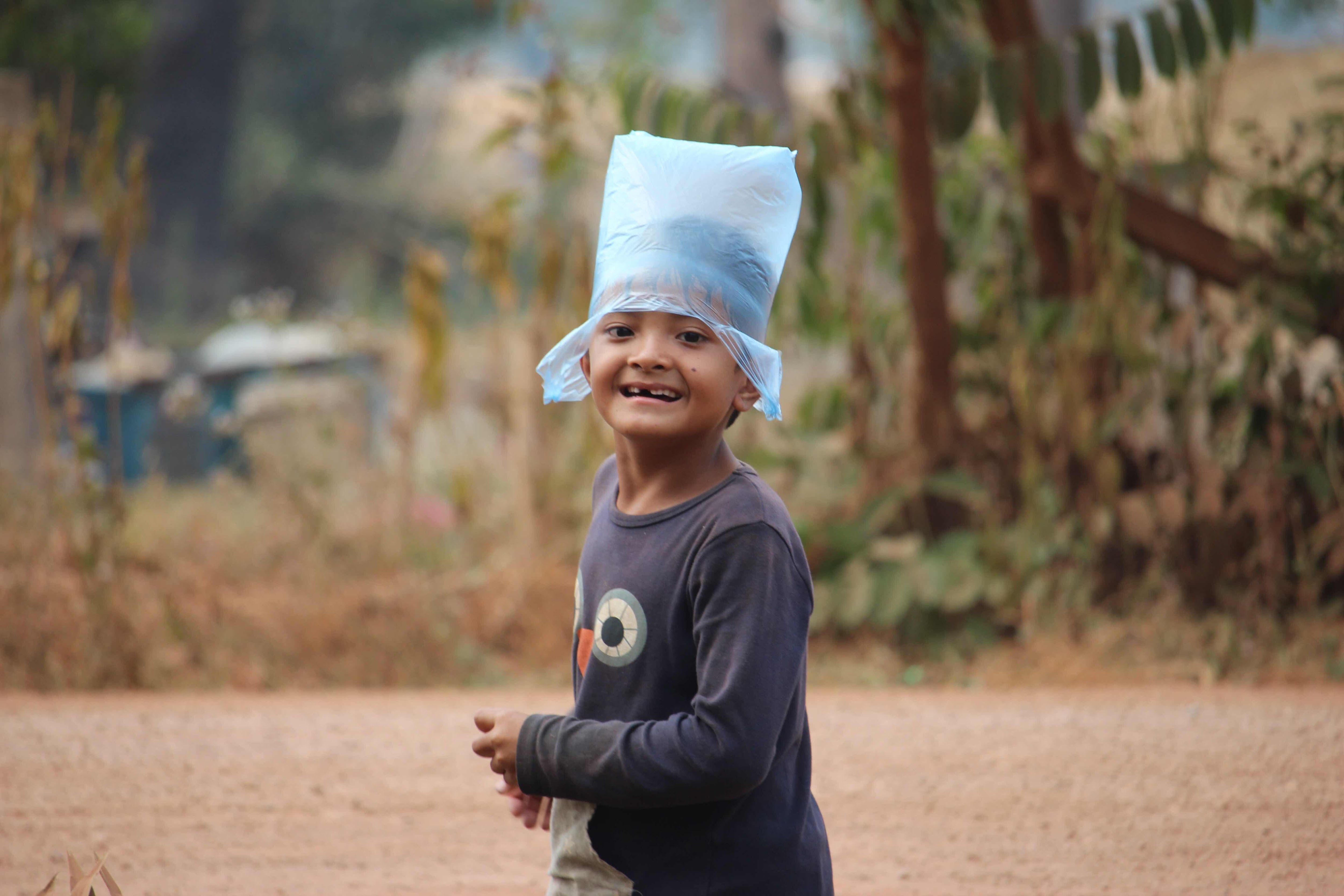 Tan was playing a game with a cousin of quickly placing a plastic bag over his head.  The air stayed sealed up above and he looked looked a Conehead crossing the road.  There is something in this moment that is so innocent, fun and honest. 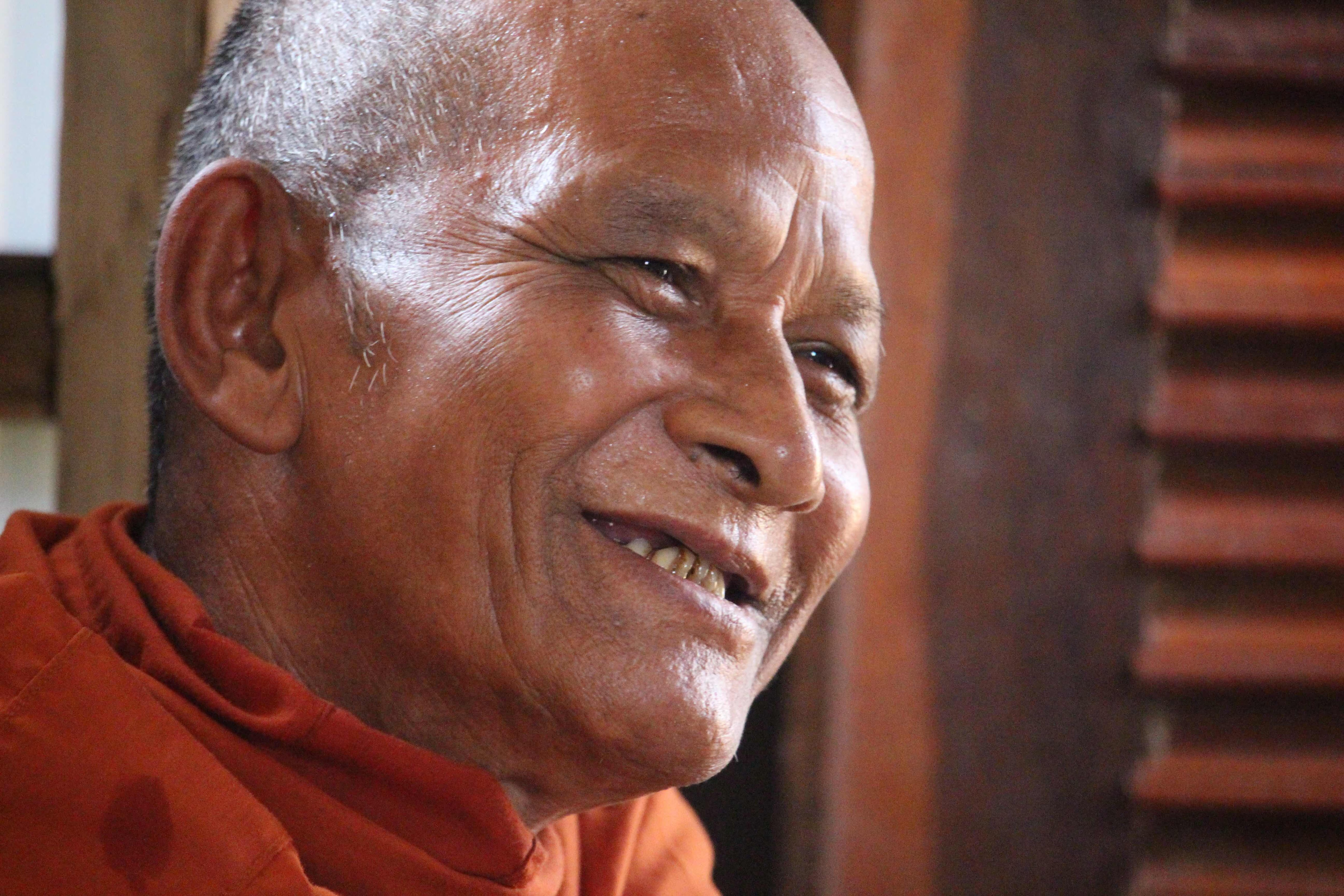 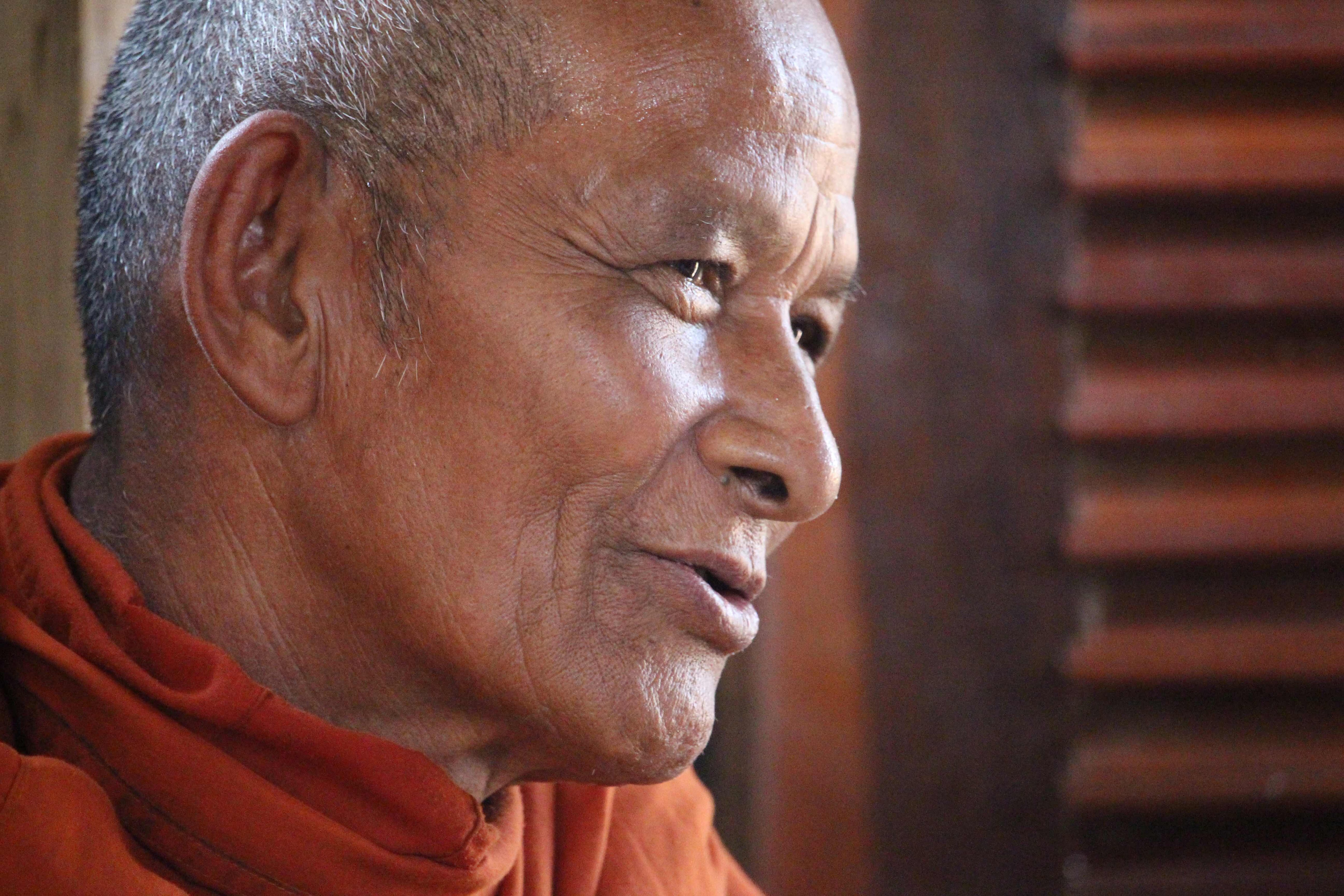 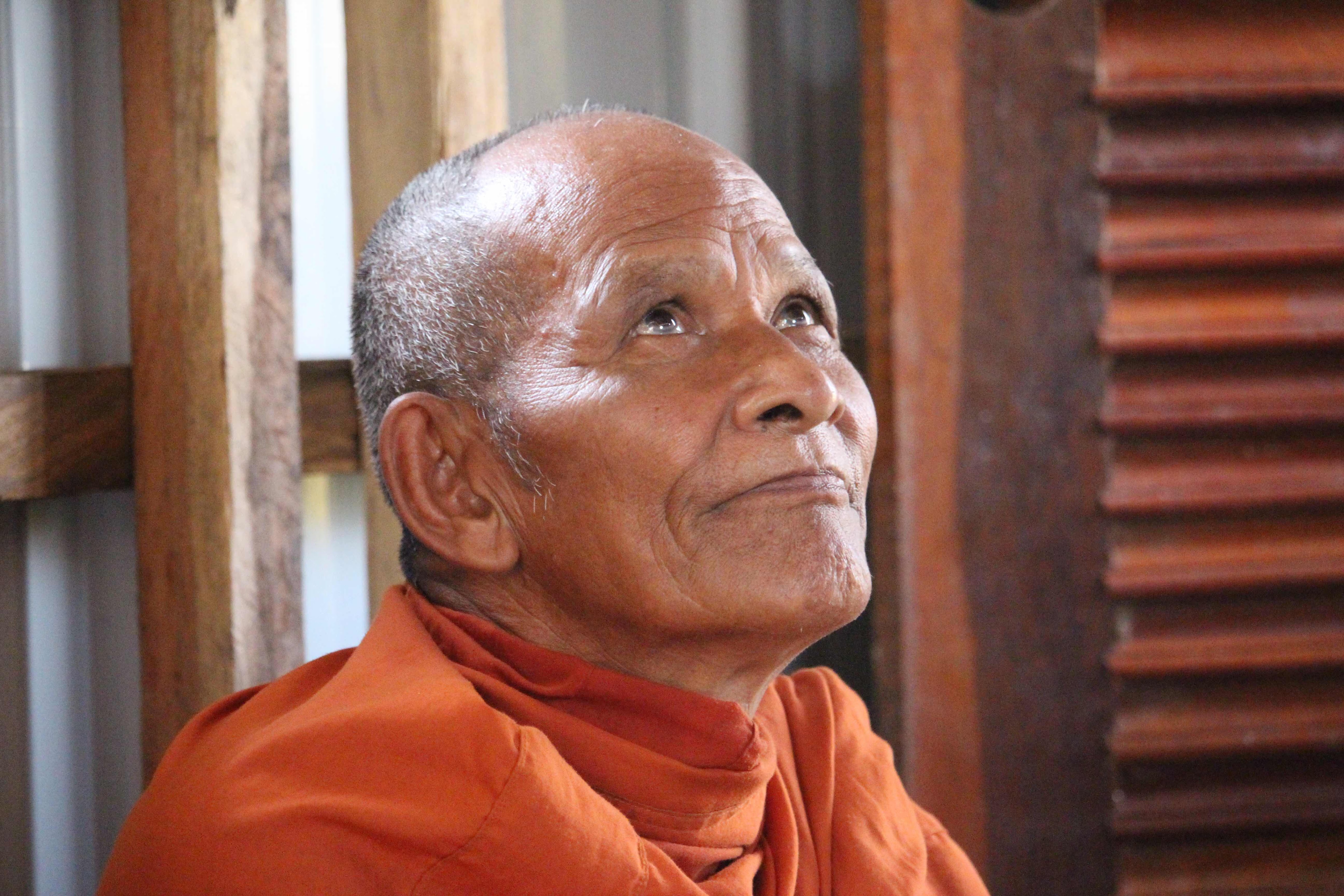 I love the images of the monk.  He was so expressive and jovial.  The way the light was hitting his face was absolutely perfect. 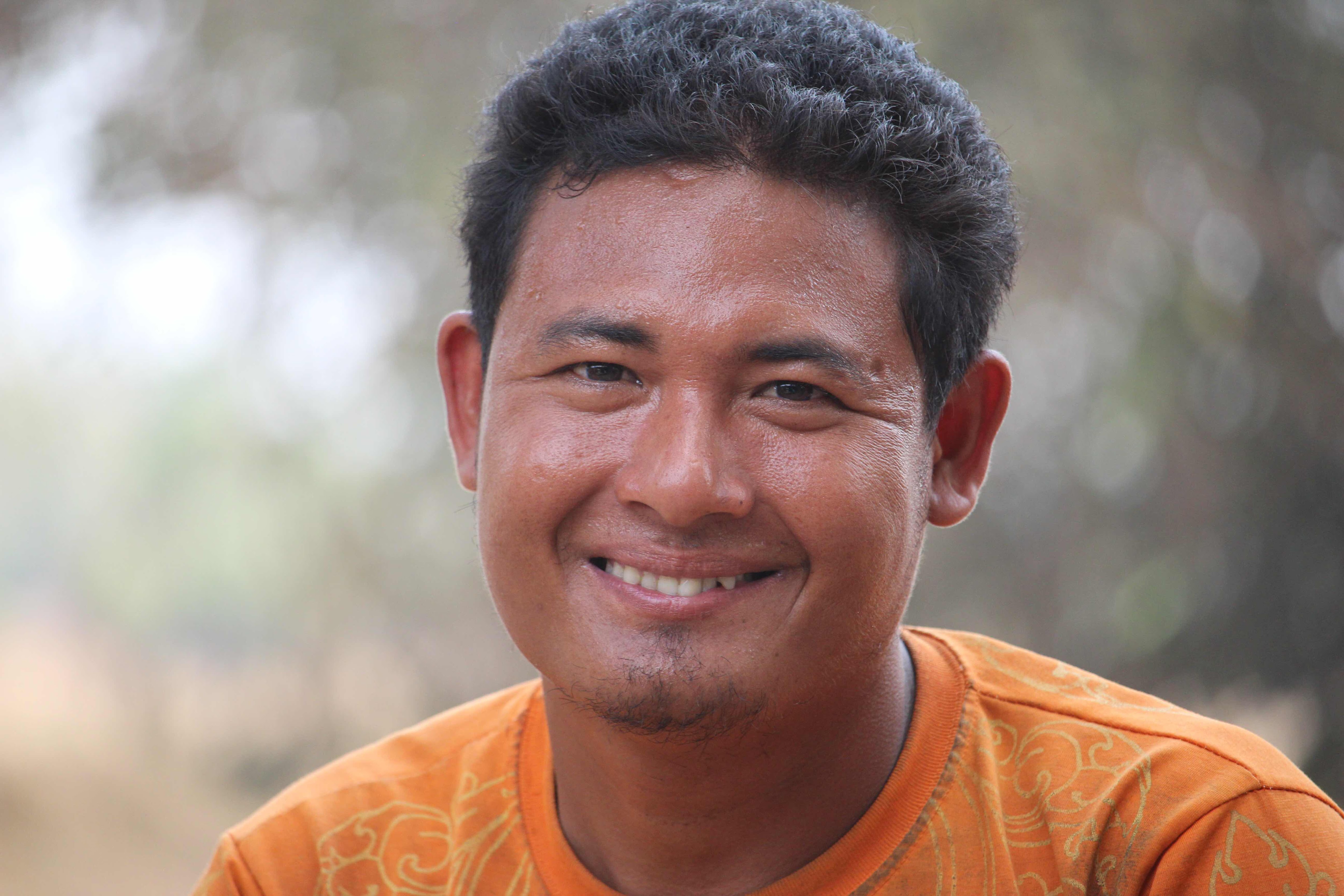 After the ceremony, Tea was standing off in the distance, with the empty rice field as his backdrop.  I instinctively knew that he would pop off the background in a beautiful way.
I felt a strong connection with dad, as I did the previous year with Chat Tom.  He was very quiet, but did his best to communicate.  At one point, I asked where Tim (the elder son) had gone.  He responded with three very intentional gesutures:  two hands revving up a motorcycle, an eating gesture, and two fingers rubbing together to indicate money.  Sure enough, two minutes later Tim returned on a motorcycle, carrying a bag of food that he had purchased at the local market. 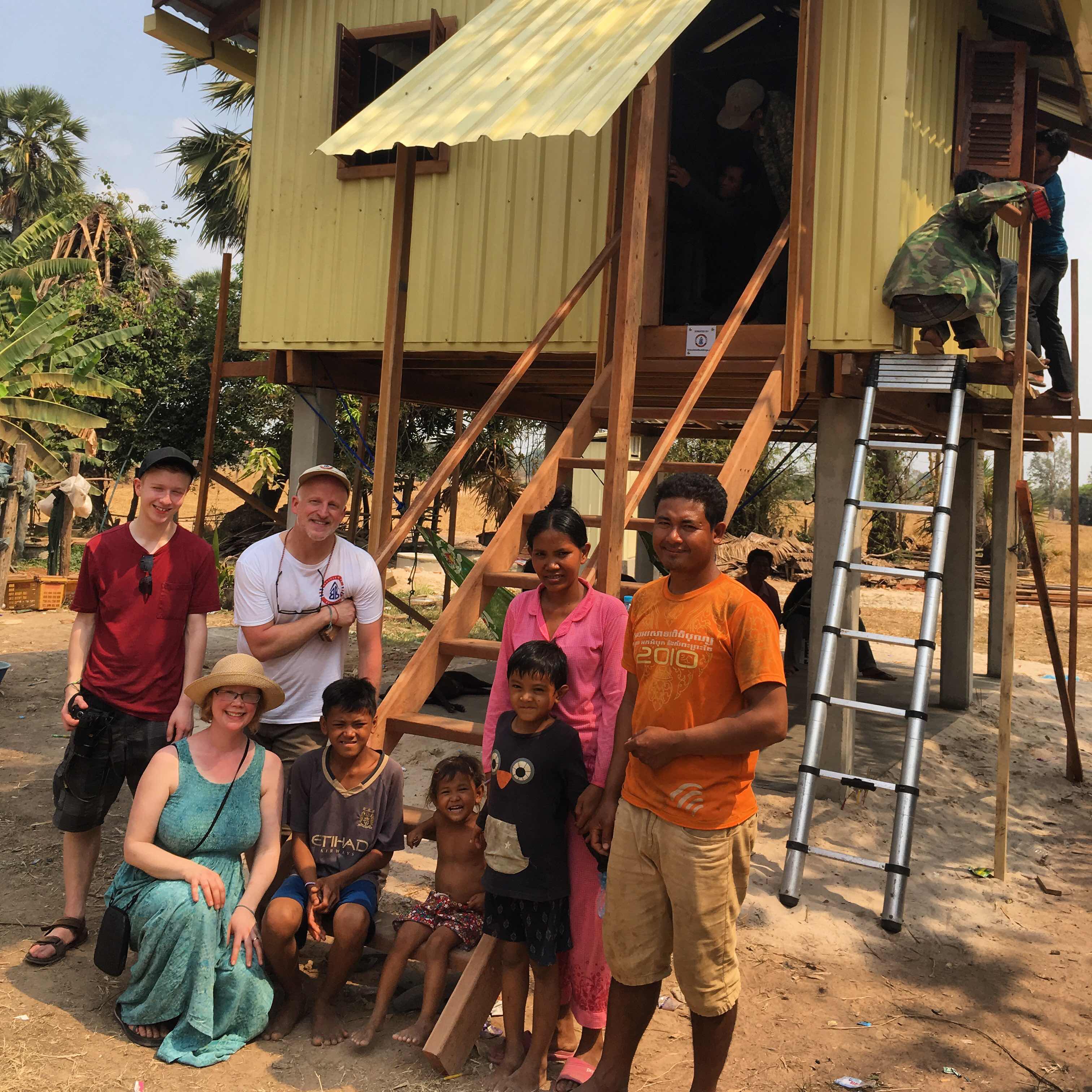 We are left with lots of memories and moments from this special day.  The resounding feelings are of hope and gratitude: hope that this family has a very bright future, and gratitude that we were able to spend time with them.
Email Post