The fledgling Alberta Party is heading toward a leadership convention, scheduled for May 28th in Edmonton.  Several of the candidates hoping to lead this grassroots organization were in town over the past week continuing the tradition of the BIG LISTEN, a commitment to connect with citizens from across the province in meaningful conversations.

A friend of mine, and fellow blogger (http://myoilsands.wordpress.com/), Matt Youens, is an Alberta Party member and community organizer.  He's been doing much of the heavy lifting with building the awareness of, and participation with, the Alberta Party in Fort McMurray.  Matt was very engaged in the municipal election process and helped inspire voter participation through his blog, Twitter posts and conversations.  He is very interested in keeping the flame of civic activism alive between elections.  That's exciting to me. 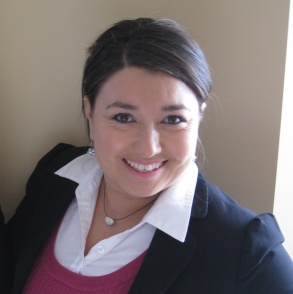 Matt invited me to meet with Alberta Party leadership candidate Tammy Maloney last weekend.  We met at what has become a revered gathering place for discussion, Coco Joe's at the corner of MacDonald and Main.  Matt was there along with Tammy and her Mom Lois,  the former two-term Mayor of Vauxhall.

Tammy shared her interesting life path and how she found herself wanting more meaning and global fulfillment for what she was doing.  In the end, building shareholder value wasn't enough; it was good, but she wanted something better.  The Alberta Party offered Tammy the opportunity to serve and create the positive change for which she was longing.  For 20 interesting facts about this aspiring political leader, including growing up in small town Alberta and what instrument she played in the marching band, click here. 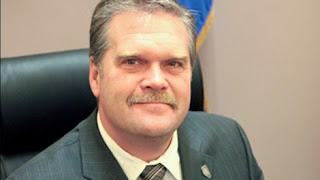 Last night I had the opportunity to meet Glenn Taylor.  Currently Mayor of Hinton, Mr. Taylor is hoping to lead this new party into the future.

"Do I think we'll form the government in this next election?" he asked.

"No, probably not.  But will we be in a position to form the next government if asked to do so by the voters?  Absolutely."

A successful businessman, Glenn has led the Town of Hinton through a stellar period of community engagement, strategic planning  and progress.  And while the process had a different name than the BIG LISTEN, it was predicated on a similar notion, that listening to the people was the most important step in the process of governing.

At a modest gathering held up in the Clearwater Room in the Suncor Community Leisure Centre, Glenn offered up an interesting point of differentiation about the Alberta Party.

"It is in our policy that when matters come up for a vote in the Legislature, our elected members will have the ability to vote opposite to the position of the party, if the citizens in their riding are telling them to do so."

Their brochure states that the Alberta Party will "encourage MLA's to speak and act on behalf of their constituents."  What a novel idea!

I was so pleased to meet Glenn's brother-in-law Trevor and his daughters at last night's BIG LISTEN.  They moved to Fort McMurray from Hinton late last year, and talked passionately about being here and what it means to their family.  They also talked passionately about Glenn, his leadership impact in Hinton, and why he would make a tremendous leader of the Alberta Party.

For a person in politics I'm not very political.  I tried to help former Mayor Doug Faulkner when he ran for the Liberals in the federal election in 2004 (very unsuccessfully).  I once bought a Conservative membership to support a friend.  I've had great conversations with politicians of all stripes, and deeply appreciate the contributions they make with the best of intentions in mind.  The Alberta Party has set out on a path to offer Albertans a meaningful, grassroots alternative that sounds refreshing.  If you're interested in finding out more visit the party website at www.albertaparty.ca.
Email Post