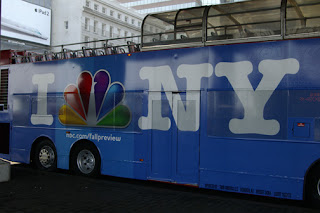 In just a couple of days we've had our first tastes of New York, of discovering Broadway in all its glory, of tasting great food, of riding the rails of the legendary subway, of sampling neighborhoods that we had only previously read about in books and seen in movies. New York is a fabled city, with as many aspects as there are stars in the sky. It is flavorful, infinitely interesting, bustling, bursting, always on the move. 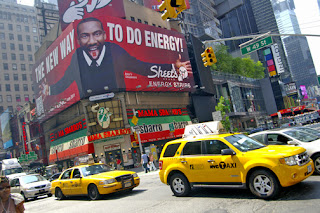 For the millions of immigrants who arrived here, craning their necks to see the Statue of Liberty before off-loading at Ellis Island, this city represented a great hope, a belief that America would provide opportunity, riches and a fresh start in what was then regarded as the new world. 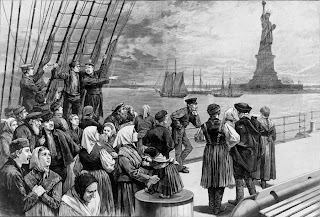 In comparison to our home, New York seems ancient, with old buildings and neighborhoods, one of the largest, busiest and oldest subway systems in the world, and a sense of history that stretches back almost 400 years. 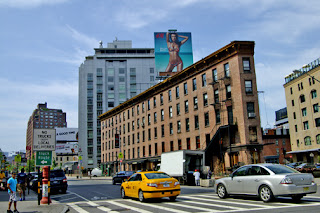 We visited Soho, Greenwich Village, Midtown, Uptown, Central Park West and East. We walked through the Financial District, Theatre District and Little Italy. In truth, we barely scratched the surface of what the Big Apple, the City that Never Sleeps, the Capital of the World, the City So Nice They Named It Twice, Gotham City, Empire City, New York-New York has to offer. 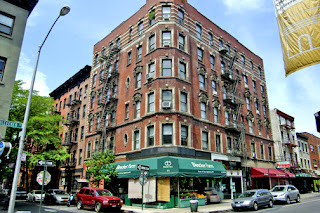 I have been to a few places over the years, but this is the first place that I can guarantee a return visit...or two...or three. NYC has settled into our souls and will linger in our hearts till we come back and share its wonders with our sons.

We are sitting in LaGuardia Airport waiting for them to board our plane to Toronto then on to Fort McMurray. The sun is beating down on our necks as it hovers over Manhattan off in the distance across the East River. The weather has been incredible while we've been here, not a drop of rain, and about as much heat as we could comfortably handle.

It's time to head home, to the land of the never-ending smoke and a week ahead with no sign of rain.
Email Post