What were they remembering? 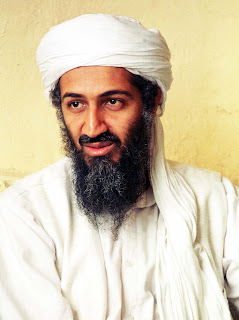 "Osama is dead.  Osama is dead," repeated CNN's John King about 20 minutes after word of the terrorist's assassination circled the globe. 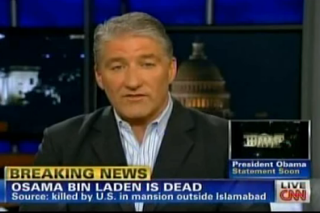 Did we mention Osama is dead?

It was repeated over and over again on the air, online, in our conversations and in our thoughts.

On Twitter, Michael Moore, famed commentator, documentary filmmaker, and writer suggested a moment of silence for all the victims of 9/11.  I thought that was an appropriate response. 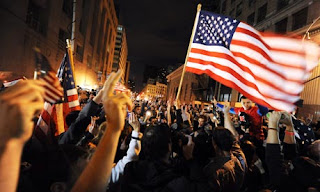 Death is a serious business and for me, last night felt too much like the end of a football game.  Osama Bin Laden is dead, and after the terrible deeds he did, this is a good thing.  Justice has been served.  I just would have preferred solemnity and seriousness to jubilation.

Osama Killed in Mansion Outside Islamabad


Osama Shot in the Head

Which headline seems a little out of place to you?

I get CNN Breaking News emails, and they arrived in rapid succession last night and into this morning.  This one came in at 1:08 am. 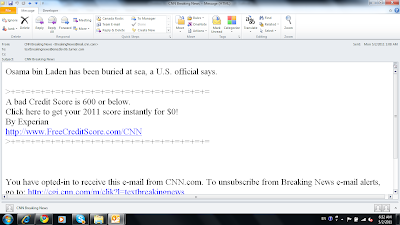 One word instantly popped into my head. Prayers and thoughts to all the victims of this terrorist, to their families and friends who remember and feel loss every single day.  May peace be now with you.
Email Post