The rain has been pelting down throughout the night, doing its level best to drown out the sound of the waves. Its timing could not have been better as we pack up this morning, head to Manzanillo this afternoon, and fly into Edmonton shortly after midnight. This weather is perfect for us, but I can't imagine what it would be like to travel across the continent to arrive to a week of rain, as opposed to the week of sun we've just enjoyed. I know it's happened, so I don't take the gift we've been given for granted. 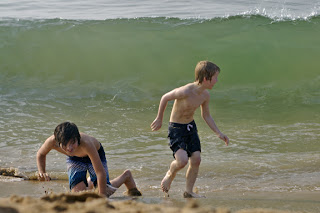 The boys have enjoyed a tremendous break and are ready to head home. Dylan balanced his time between reading (Harry Potter), playing on his Nintendo DS, and jumping in the waves. Ben's balance was similar, except that he opted for water time every chance he got. 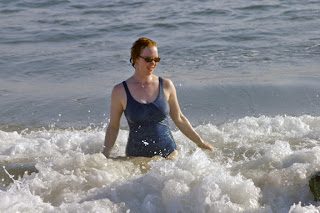 Heather's working vacation seems to have worked out great, though her "vacation" extends an additional week. She had enough flexibility in her schedule to allow her to knock off early a couple of times to get a few hours of ocean time and time with us. We all enjoyed and looked forward to our evening dinners, trying out new restaurants each time. And despite Melaque being quite small - only 12,000 people - the selection of restaurants and the consistent quality was remarkable. 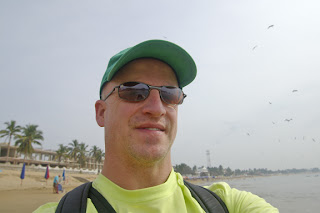 I've enjoyed reading (The Happiness Project by Gretchen Rubin and 11/22/63 by Stephen King), painting (a bad landscape and several portraits of Steven Spielberg - one on the iPad, one in watercolours), exploring the various neighborhoods, and taking pictures. I look forward to getting home and going through the many images that will hopefully illustrate some of the posts I've shared in the Melaque Adventures series.

Miraculously, I managed to avoid getting a sunburn, though I perceive that I have acquired a discernible tan. Ben on the other hand had several flaming red patches - he is fair like his mama - though they have ceased to cause discomfort. Dylan is perhaps more brown and a little red in the cheeks after a week in the tropics.

We are off to our final breakfast at Roosters, the Canadians' home away from home in Melaque. If you've you've been following along, thanks for sharing in our adventures. Check back next week as I will be adding in a bunch of pictures that should elevate the observations to a new level.
Email Post