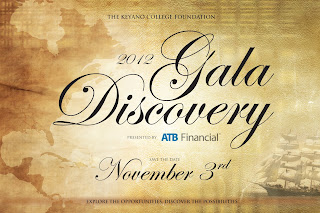 On November 3rd, LeAnn Rimes will headline the annual Keyano College Foundation Gala, the black-tie event of the year presented by ATB Financial.  Moe Farhat, Co-Chair of the Gala organizing committee spilled the beans during a media conference this morning at Keyano College. 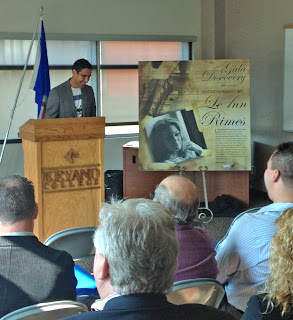 This annual fundraising adventure and unparalleled night on the town has featured some amazing artists over the years.  Dionne Warwick, Randy Bachman, Burton Cummings, and Blue Rodeo come to mind, though I'm sure some long-timers would add other names to this impressive list.  LeAnn Rimes is a global country music star with 40 million album sales under her belt in her short 30 years of life. 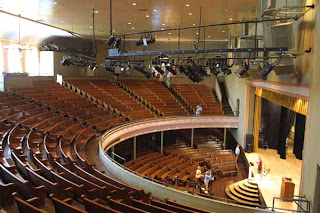 I saw this vocal phenom in 1998 during the Country Radio Seminar in Nashville.  Rimes was on a bill in the original Ryman Auditorium - the one in the heart of downtown - with Hal Ketchum and another artist whose name escapes me after all these years.  Sitting in that hallowed space, her powerful voice rose to my seat on the second level, dancing in my ears, achieving sonic perfection.  She was 16 then - two years older than when she burst onto the scene with her rendition of Patsy Cline's "Blue" in 1996 - still a teenager, but wise (and talented) beyond her years.

That time in Nashville was amazing.  I loved being surrounded by people talking in that southern drawl and enjoyed hearing "How y'all doin'?" more times than I could count.  The people were friendly, the music extraordinary, and the history, everywhere you turned. 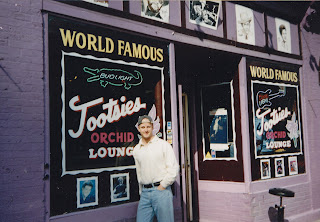 I was having a drink in the Bluegrass Inn, two doors down from Tootsie's Orchid Lounge on Broadway, when one of the staffers started chatting me up.

"No," I answered bashfully, not knowing where he was going with the question.  "I'm fine."

"Well, a little I guess.  Ya, I'm hungry," I said, doing my level best to not slip into the Nashvillian accent, which was quite an effort as I recall.

"Follow me," he said, as he led me out the back door into the alley adjacent to the Ryman, up a ladder to the roof of the Inn.

Up there on the black top of the roof, the graceful home of country music just a stone's throw away, a little Hibachi was billowing smoke.  He lifted up the lid and revealed a succulent hunk of beef that had been cooking low and slow for hours.

"Just rip yourself off a piece," he said brightly, as if I was his favourite cousin from Kentucky, not some random stranger from northern Alberta.


Many years have passed under the bridge since I sunk my teeth into that chunk of beef and most of the memories of that three or four day experience have drifted away.  But I will never forget the hospitality offered in that little bar on Broadway, and chewing that tasty morsel up on the roof, standing in the shadow of the Ryman. And I will never forget sitting in the cathedral of country music listening to the youngest country music superstar to come along since Tanya Tucker in the early 1970s.

Heather and I look forward to Gala every year.  She savours getting dressed to the nines and feasting in the sites, sounds and tastes of this extraordinary social event.  I anticipate the atmosphere, the networking, and reconnecting with that voice that drifted up to my seat on the balcony at the Ryman over 14 years ago. 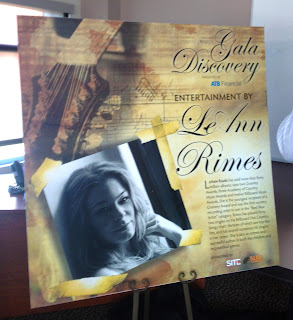 Sponsorships for this epic event are available now at www.keyano.ca/gala.
Email Post