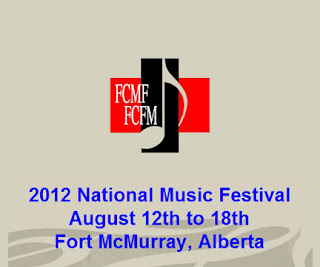 I got to hang out with the delegates of the 41st National Music Festival as they enjoyed "Host Night" at Keyano College - the social event in their week long stay put on by the community hosting the next iteration of the penultimate student music competition in the country.  I had been invited by the evening's host, Angela Vieth, Councillor with the City of Waterloo - also the venue for the 42nd edition of the festival in 2013. 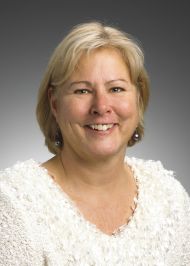 Walking into the room, not only was I unsure whether or not I was in the right place, I was rather frightened as there were ladies seated around tables filled various buttons, pamphlets and piles of loonies.  At first, I thought they were about to start a bridge tournament or some other game of chance.  What I couldn't possibly have known is that they were all assuming the position for the annual rite of passage at this event - their version of a Dutch auction.

After I grabbed a table and broke the ice with some lovely ladies from communities like Prince George, Calgary, Kamloops, Surrey and Lunenburg (N.S.), my initial uncertainty about being there disappeared and was replaced by sheer anticipation about the auction to come.

Each delegate comes to the festival with something (or some things) to add to this annual fundraising activity, items ranging from music-themed hand towels to regional treasures like a chocolate moose or redneck mason jar wine glass.  The Queen of the auction, complete with shiny tiara and bright smile, does a quick and compelling sales pitch for the item on the block, before giving the auctioneer the royal nod to set the bidding in motion. 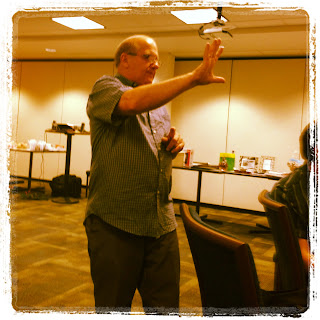 Bidders throw their hands up in the air, fingers nimbly holding onto the number of loonies that they would like to bid.  As the auctioneer swings through the room, he counts off the number of loonies being offered up to have a chance to win the item as the basket lady follows closely behind gathering up the coins.

"One - two - three," he counted off, as delegates furiously wrote down their number, or numbers (if they bid more than one loonie) on a piece of paper. 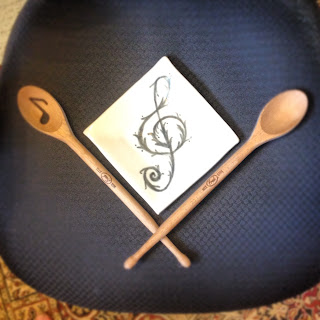 I bid twice on a small music-themed ceramic piece along with a pair of drumstick that double as salad tongs, getting numbers 3 and 11.

I won!  (Ben was delighted to take ownership of these treasures when I arrived at home)

And on it went throughout the night, as 20 to 100 loonies were offered up for every item, the amount depending not necessarily on the actual value of the thing, but more on the way it resonated with the crowd.

Designed as a fundraising activity in support of the festival to follow the next year, the Dutch auction has become a cherished tradition of this vibrant, gregarious group of men and women from across the country who have a huge hand in organizing this and other music festivals from coast to coast.  It was an absolute delight to welcome them to Fort McMurray and join in on the auction fun.

The Grand Concert for this prestigious festival is coming up on Saturday evening at 7:30 pm in Keyano Theatre.  If you love music, this is a can't miss event.  Tickets can be purchased by visiting Keyano Box Office or online here:  http://www.keyano.ca/theatre.