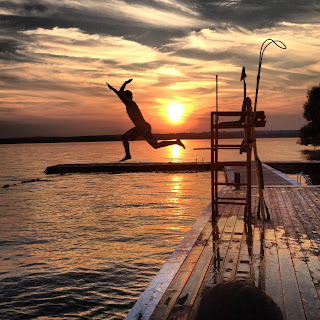 The moon sat high above the trees, dipping its toes and its light in the waters of Lake Couchiching and on YMCA Geneva Park, the site for MindcampX, the tenth annual gathering of creative thought leaders from 14 different countries.  The remaining few, remnants of over 250 souls who spent the last three days together , sat in a wide circle around a brilliant fire. 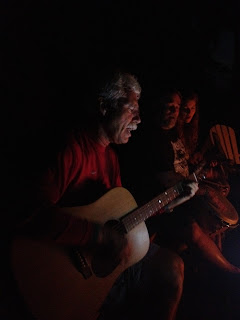 Tim Switalski, one of the longtime mindcampers, led the way on guitar, with Anthony Hyatt - multimedia performance artist - in support on the violin, and Franca Leeson - meditation instructor and one of the key organizers of MindcampX - doing the same.  My roommate and creativity coach from New Zealand, Wayne Morris, added rhythm on the bongos with several others like Veta Bates - a creative problem-solver from Brooklyn - helping out with myriad shakers and drumsticks. 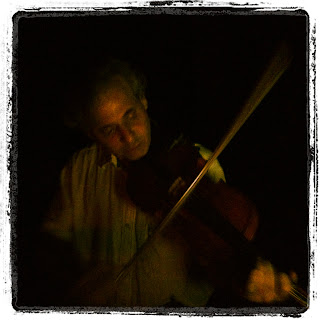 The music was imperfectly perfect, a collective effort of some incredible people who have such a natural affinity for one another, that one would think they have spent their entire lives together.

Let me back up and answer two obvious questions.  First of all, what exactly is Mindcamp? And how did I get here, to quote a famous lyric from The Talking Heads.

Mindcamp is an annual gathering of people who have an interest in, or have made a career out of, helping others be more creative.  The first year in this idyllic location, MindcampX proved to be a boon in terms of interest, experiencing astounding year-over-year growth of about 125 participants.  Over 80 different sessions were offered over three days with everything from learning how to express yourself through painting to learning how to run better meetings, from exploring how to fix broken systems to exploring how to shake out stress. 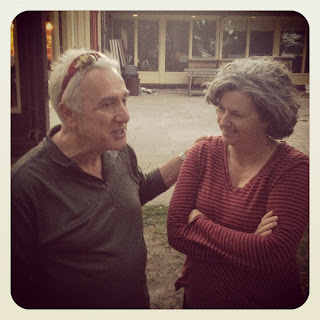 How did I get here? Well, the wind just seemed to blow me this way, to quote yet another lyric, this time by Robbie Robertson. Actually, it started with a tweet sent in my general direction by Mindcamp founder Tim Hurson a number of months ago.  He had asked me whether I was going to the event.  Of course, at that point, I had no idea what it was or why I should possibly want to go.  But I went to the website once, twice, three times before that day was done, before I finally said to myself: What the hell am I doing?  I have to go.  I have no idea why, but there's a reason.

I stood up in front of the participants during the final session and with microphone in hand shared my version of how I will describe what happened at Mindcamp when I go home and why it was so special.

"I go to conferences all the time," I started.  "And at each and every one, about one-third of the delegates want to be there, and the remaining two-thirds are there because they were told to go.  The level of engagement at Mindcamp is completely different. I heard a similar story from four or five different people, who felt like they were called to be here and that they just followed their hearts." 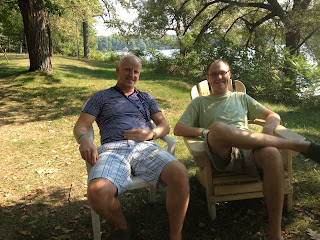 I met some incredible people, like 23 year old Tyler Kellogg from Watertown, New York, who spent a month of his life living out of his car traveling the country offering his help to random strangers as a research project.

I totally enjoyed spending several hours on the van ride from the airport with Brad Partridge from Florida who works for Universal Studios.  He shared an incredible story of when he was a young college student, ending up in a Ronald Reagan presidential motorcade.

So many other names and faces rise to the top when I reflect on the past several days: Natasha, Leena, Bill, Whitney, Fei, Stephanie, Lyla, Barbara, Ana, Jay, Judy, John, Tim, Tony, Zac, Newell, Steve, Judy and so many more.

Sure, I learned a lot about creativity theory and practices.  Sure, I got some great ideas for experiential activities for my family and some of the projects I'm involved with back home.  Those things are great.  But, it is the amazing people I met, relationships that have been formed and will hopefully grow, that made Mindcamp the extraordinary experience that it was.

Something about this conference, the people, and the environment made associating names with faces infinitely easier than at any other conference that I've attended.  I also believe that these are people who have a sincere interest in keeping connected long after Mindcamp is finished.  I could be wrong, but I really doubt it.