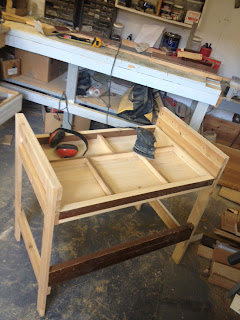 I've spent my week off at home working.  I know for some that wouldn't sound like much of a holiday, but for a guy who spends most of his working life at a desk or in meetings, being able to build and paint some things and get my hands dirty was (and is) a treat. 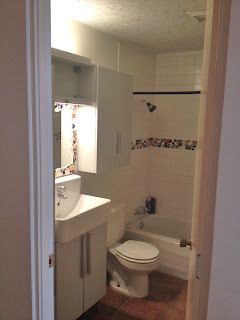 In addition to stripping out the bathroom, giving it a good paint job and installing tile baseboards, I put in some pavings stones to create a permanent spot for our three recycling containers, and built Ben a desk for his bedroom.  I've been back and forth to Home Hardware so many times they're going to start to think I'm a stalker. 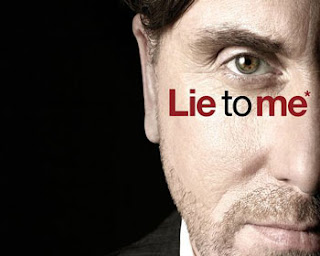 Don't get me wrong, I didn't work the whole time.  I would take breaks of an hour or two to drop a line in the water or watch an episode (or two) of Lie to Me - a show we've watched from time to time but which my brother and his wife got us hooked into again while we were visiting them this summer.

I've had a sense for a number of days that I haven't been very hungry this week.  I would eat because I knew I had to, not because I wanted to.  Lunch consisted of a salad and meat, and was repeated for dinner.  I didn't indulge in culinary pleasures because I didn't feel inspired to do so.  As I sat at the river last night, watching the tip of my rod for signs that the next fish had come along for a visit, I silently gasped as I figured out why.

I'm not wallowing in a deep dark malaise, or entrenched in a woe is me vortex, rather I've discovered that I'm dulled because my family is away.  The senses are not as heightened as they usually are when the loves of my life are near.  I'm not writing as much, food doesn't taste quite as good and listening to music just isn't the same.

The effort I put into redoing the bathroom or visioning and building Ben a desk was motivated by the fact that they are coming home.  What if they weren't?  What if Ben's inkling from the other night - a late evening FaceTime chat where he shared with me his fear that he was going to die on this trip - came true? 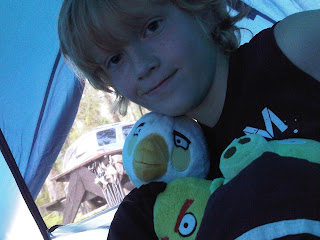 I don't usually spend time in the land of What If, but something in his voice, in his face, in his words both moved and jarred me.  The wonders of technology being what they are, Ben would pick up Heather's iPad and start random conversations with me on the first few days of their adventures down south.  That he sought connectivity over the many miles that had separated us and that he found solace in our mostly text-based conversations, may have helped tip me off that having my family away for a full week was having an impact, at the deepest level.


I'm glad they are on adventures - Heather and Ben camping in the mountains, Dylan exploring his independence at the Take Action Academy - and I've enjoyed the time at home creating renovation chaos and then restoring order, but I will be glad to see them pull into the driveway on Monday.
Email Post