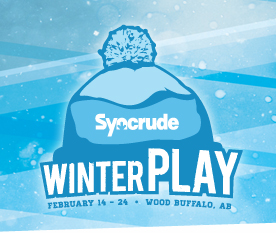 That question led to the first iteration of winterPLAY in 2008, as a one-act play festival.  It grew exponentially in the subsequent years and in February attracted more people than ever before. 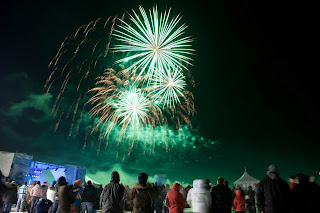 The Syncrude winterPLAY delighted over 18,000 people and featured myriad events and attractions.  We want you to sit back and reflect on your memories of those magical 10 days and answer a short survey.

Why?  Because we need to have a better understanding of the event, how it contributes to our community and region, and how it can be improved.

But I get surveyed to death!!!  I know, and completely feel your pain.  Just last week we were pummeled with survey calls about transportation from some firm in another province.  God love my wife, because she patiently filled out a bunch of travel diaries and then gave them the same information over the phone during the dinner hour.  I would have lost my mind; she smiled and was gracious with the poor soul on the other end of the line being paid scant wages to interrupt peoples' lives. 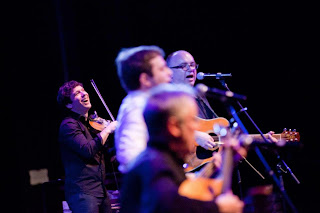 This survey is easy.  You do it on your own time and nobody interrupts your dinner.  You'll be helping Events Wood Buffalo get invaluable information so they can deliver even better festival in the future.  And, there's an incentive.  At the end of the series of questions you can enter to win a draw prize of Two VIP Festival Passes, valued at over $1,000. 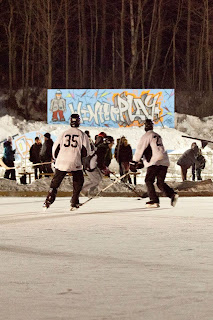 So roll the calendar back a couple of months in your mind.  It was February 2013.  Hometown...The Musical! was on the stage at Keyano, and winterPLAY was in full swing in a number of locations including down on the Snye.  Now, it's time to answer some questions.

If you have any questions or problems, please contact ewb.surveys@gmail.com.  Thanks for sharing your time, memories and ideas!
Email Post