You just never know who you'll meet in Fort McMurray

I had to update one of my insurance policies yesterday - ten years had passed much too quickly on a term package and I had to sign a few forms and answer a bunch of health related questions in order to renew it.  Over the years, we've had four different agents with this particular company, and this was the first connection with a representative in what had seemed like a long time.

The young fellow who came over to the house was new to our account, traveling back and forth to Edmonton serving lots of clients in Fort McMurray.  It was only when he expressed an intention to move to town in the coming months that I perked up and began asking questions.

"I spent a couple of years as a full-time musician," he shared, somewhat offhandedly. 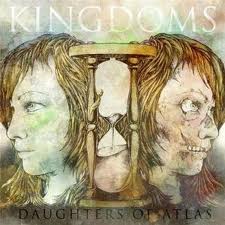 Kingdoms was a heavy metal band based in Kitchener-Waterloo that had a great two-year run that had them engaged in major tours, record deals, and all the trappings of the music industry.

We had a candid conversation about the life and the fiscal realities of an industry that is notoriously difficult in terms of earning a decent living.

"We did this 60-date tour that produced revenues of around eight-hundred thousand dollars," he said.  "I got about fifteen-hundred of that."

As you go from a wannabe act to a group with a legitimate run at the big time, you quickly discover that everyone wants a piece of the action.

"Everyone had a hand in our pockets: agents, managers, record companies, you name it.  There wasn't much left when the dust settled." 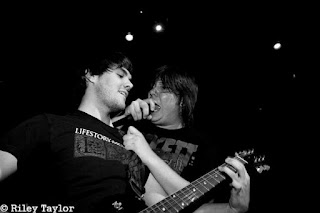 Hutton Wierzkecki is not bitter, nor is he jaded about the experience that saw him and his bandmates in the mix with some of the biggest bands in the world.  In fact, he described his compadres as family and his new career as awesome.

"I love what I do," he said.  "I work long hours, but I get to spend time helping people."

As I described the arts scene in Fort McMurray, and the opportunities that moving here would open up for him to pursue his passions without the stress of trying to make a living from it, he got visibly intrigued.

"We need to get you out for the Les Miz auditions," I said, instinctively looking out for talent to bring into the KTC fold.

As we were talking, I looked up Kingdoms on iTunes.

"What was your biggest song?"

I found it, pressed PLAY, and listened for about 30-seconds, at which time I burst out laughing.

"Oh my God, I hate this kind of music," dispensing with the niceties as it was clear he wasn't fishing for complements.

"How can you scream like that and not ruin your voice?" asked Heather.

"You learn how to do it," he said.  "They provided me with a coach who specializes in working with metal singers."

What began as just a routine insurance meeting turned into a delightful conversation, and could result in a very creative soul moving to our community and getting involved.  It was time well spent.  You just never know who you'll meet in Fort McMurray.