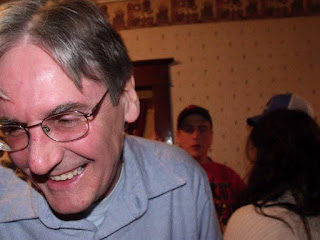 The music community is small, tight knit, and connected from coast to coast.  When news of Jim Dorie's death spread yesterday, it hit a lot of people very hard.  Jim spent the latter part of his life in New Glasgow, Nova Scotia but spent many years in Fort McMurray, in this house.

We bought our home from Jim and Jeanne in 1999.  I am convinced that Jim's creative and generous spirit never left. 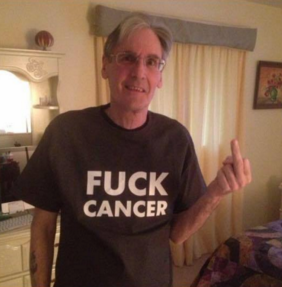 Friends and family knew that the end was coming as Jim was suffering from a terminal form of cancer.  Based on what I understand, he always maintained a positive attitude, and despite what the doctors were telling him, was intent on telling the cancer to "F-off".

Tributes started pouring in immediately from fellow musicians - many here in Fort McMurray, fans, family and friends.  They continue to pop into my Facebook feed.  Jim affected so many people, inspired so many laughs and spread unadulterated joy. 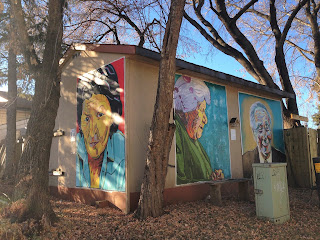 He built the structure that is now Birdsong Studio as a place to work on his motorcycles, another passion.  He put in a wide door, a gas heater and lots of insulation.  I am able to paint in there comfortably even when it is 40-below.  He also used the space to write, sing and play.  I wonder how many of his musical friends spent time within those walls?  I know Mike Plume was one of them, but I'm guessing there were many others. 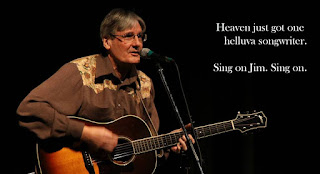 I looked through the pictures of Jim on his Facebook page to start my day.  What did I see?  I saw a man who loved to sing and play, a man who loved people and embraced life, a man who told stories through song with guitar in hand.

Jim dropped in for a visit on one of the last times he was in town.  I wanted to show him what we had done with the place, particularly the changes we had made inside, and the magical work Heather has done with the garden and the flower beds.  He may have sold the house, moved across the country and left this life to start a new set in another, but I believe a lot of him remains right here and is imbued in the creative journey that all of us are on.  Heather, Dylan and Ben are also creative souls. 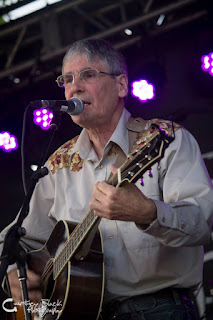 My thoughts are with so many of my musical friends who are grappling with a profound emptiness this morning, and with Jeanne and the rest of Jim's family.  I hope that each tribute and post brings a small measure of solace that you are not alone and that a nation grieves with you. 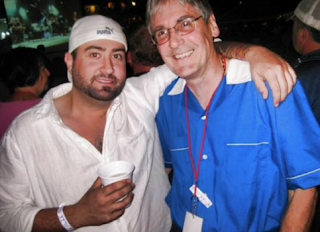 "We lost another great musician today," wrote Virgil Cardinal early this morning. "I would love to see him immortalized the Russell Thomas way. He was a very strong member of Fort McMurray's entertainment community and worked at Syncrude until he retired. His name is Jim Dorie."

It is my intention to paint a large mural of Jim on the outside of Birdsong Studio, as a permanent tribute to the man and his music.
Email Post