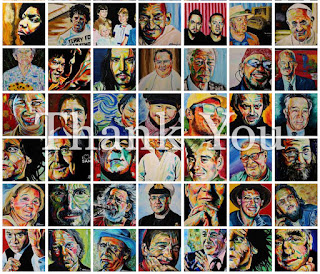 I have had an unbelievable year of painting; I won't lie.  From seeing my portrait of Michael Green in The Globe and Mail to producing the Motown collection for Northstar Ford, this year has been filled with one inspiring project after another.  I am so grateful to my many clients who stretch across Canada and into the U.S.

I want to pay it forward in a small way by giving away a free canvas print to one lucky winner of any of my completed works in a pre-Christmas draw.

How do you win?  Simple.

STEP ONE:  Click Here and pick the painting that you would choose.  Scroll down to the Wild Colour Paintings section and find the one that speaks to you.

I will do a random draw at the end of the week and pick a winner.  The Canadian company I use (www.posterjack.ca) will take it from there and ship the canvas print directly to you.

Considering that every single painting I have done is with other people, I wonder which one I would pick? Hmmmmmm...

Here are a few that would make the short list. 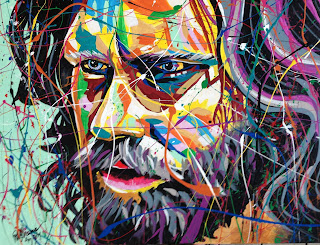 This remains as one of Heather's favourites.  For that reason; it is also one of mine. 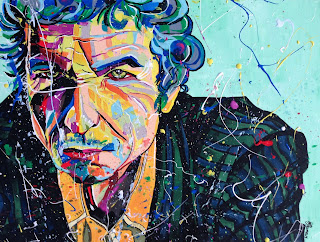 I have always been a huge fan of Bob Dylan and this painting represents a breakthrough in this journey as it was one of only two painting that were featured in an exhibition.  It was also sold at that show, which was a big thrill for me. 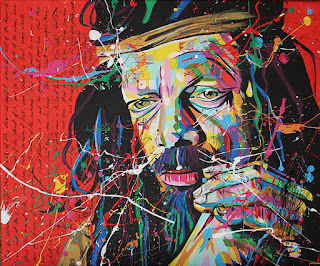 This one was special because of the personal connection to my hometown, childhood and deep memories.  It was also one that my son Ben helped finish, which makes it extra special to me.  This painting is still making its rounds in east-central Saskatchewan thanks to social media. 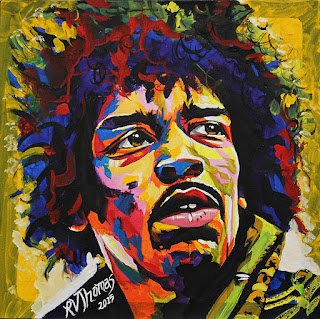 Painting Jimi was a trip.  It is among my all time faves. 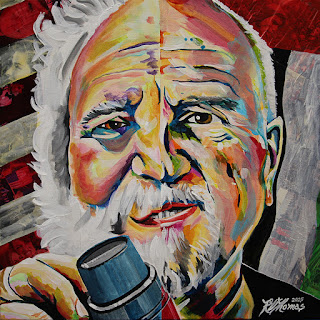 I love the split portrait I did of Dr. Alan Black, representing the shift he experienced before and after incarceration in the Middle East. 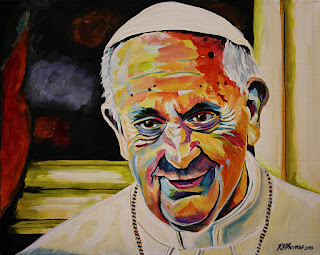 I felt totally inspired to paint the Pope after a particularly brutal stretch of painting.  I had fully intended to take that day off to recover, but thought it would be therapeutic to spend an hour in the studio just doing something fun.  It took about an hour and a half, but fun it was. 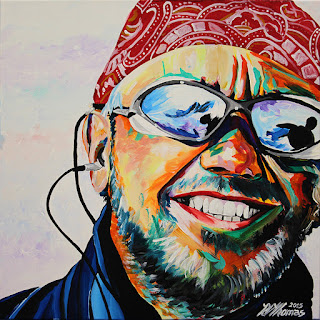 This is a man who had climbed many a mountain and continues to follow his passions.  Of the 200+ portraits I have done, this is near the top of the list of the ones I felt made it to the summit. 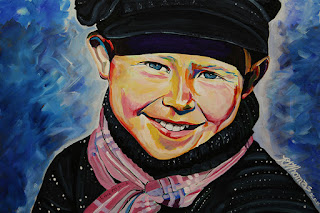 This painting of Lauren was part of our living room for about a month before I delivered it to Lauren's family.  There was something in the smile that really grew on me over those weeks.  This is a young lady who has demonstrated unparalleled courage and heart through her journey with cancer. 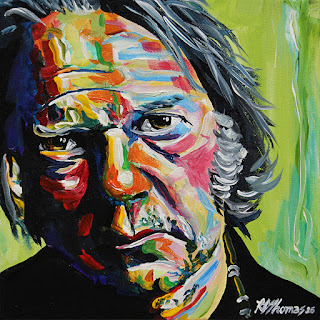 I hate his politics, appreciate his music and love this portrait.  Much like the one I did of Jimi Hendrix, this one poured out of me.