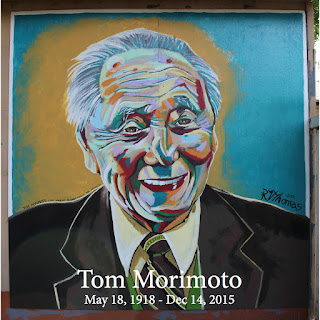 I had heard that Tom Morimoto was not well.  Mrs. Jean had shared the news that he had taken ill when I saw her early in the fall.  He died on Monday in Kelowna at the age of 97. To read his obituary please click here.

I first met Tom over the phone as he was preparing for his TEDxFortMcMurray talk.  He was incredibly articulate, funny, and full of stories about our community and some of the most epic characters from our past.

"I was the only Japanese-Canadian soldier who landed on the beaches at Normandy on D-Day," he told me.

He worked for flying ace Wop May, spent a summer at Bitumount back when it was in operation, and went on to have a long and successful career in the energy business. 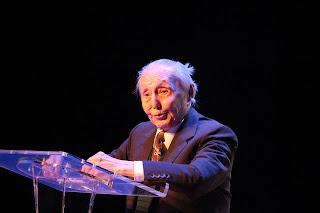 When we met for the first time in person during the practice run for TEDx - I was a coach of one of the other presenters - he gave me one of the most impressive (solid) handshakes I have ever received. 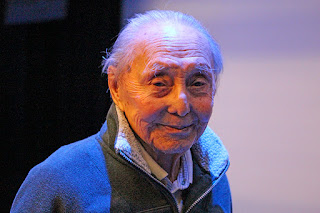 As I snapped his picture a number of times during the event, I knew it was the intention the paint his mural on Birdsong Studio.  That happened earlier this year during the summer.

What was a living memorial is now something else; it is a permanent remember of this small boy from Fort McMurray who grew up in the 1920s and 30s and went on to live a remarkable life. 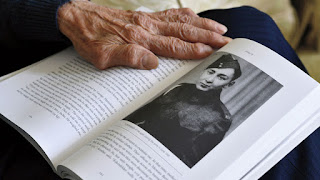 If you ever want to read about his adventures, pick up his autobiography called Breaking Trail.  You will be amazed how he intersected with so many historical figures and events.  I will even lend it to you, if you promise to bring it back.

Rest in peace Tom.  You have earned it.