What could they possibly have been thinking?

For the last week, social media and water cooler conversations have erupted in reaction to the pay raises that a majority of municipal councillors voted themselves.  Unabashed anger was peppered with utter disbelief that they would increase their salaries in this time and in this way.  I didn't watch the council meeting, nor did I read the play-by-play of who said what during the debate, but I could imagine that every elected official who voted YES now realizes their grievous misjudgement. 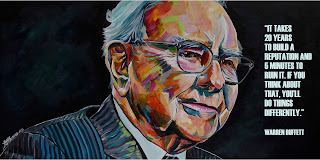 We all make mistakes from time to time.  Our ability to discern the right path from wrong can become impaired.  In a single second you can make a choice that can irrevocably change everything.

Some mistakes are fixable.  Over time, you can salve the wounds and slowly rebuild your credibility and public favour.  How often have we seen that over the years?  Former President Bill Clinton, actor Hugh Grant, and golfer Tiger Woods come to mind.  They made some terrible choices that became very public and paid they price; but they each came back.

The question in this case is whether the voting public can forgive, because they certainly won't forget. The next municipal election is in the fall of 2017.  This issue is going to cast a long shadow over the careers of these individuals, and despite their best intentions, they will be swimming against the current to regain what has been lost.

I haven't been convinced that we should be moving in the direction of full-time councillors, nor do I fully understand the wisdom of assigning three to this recovery task force.  I know most of the individuals who participated in this controversial vote, and served with several.  At their core, they love this community and are trying to move us forward.  However, in voting YES to these dramatic pay raises they clearly made a misguided choice, possibly brought on by the intense stress and mental discombobulation - possibly even personal financial duress - caused by this catastrophic event and its aftermath.

I'm surprised that several haven't handed in their resignations, if I'm being honest.  The vitriolic response and personal attacks that have ensued would be deeply unsettling for any of us.  I don't know if I would have the mettle to stay on if it was me in their shoes.

I realize that several people serving as councillors are business owners.  Every minute they spend doing council work is a minute lost in personal income generation.  However, that was the gig (and the salary) they signed up for, in good times and bad.  You don't change the rules when the going gets tough.  The public has made this point loud and clear.