The community of Fort McMurray gathered by the river to commemorate the anniversary of our day of infamy.  The anticipation of the day had been palpable for weeks.  We all understood that for many people, the anniversary of the fire and evacuation was going to dredge up strong feelings and pull all kinds of forgotten triggers.

The Recovery Task Force and the regional municipality decided to organize a community-driven, community-owned gathering at Snye Park from dusk until dawn.  While the dawn part was lightly attended, the day and dusk brought thousands together and offered a community gathering that was described as low key, comfortable, warm, connective, and deeply human. 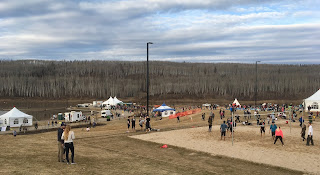 Walking through the park with Heather after finishing the painting of my raven friend, we saw numerous clusters of people - some in hundreds, others in small groups and pairs - engaging with one another.  There were smiles, stories and a few tears.  We saw hundreds of children playing - the park was jumping with activity - and we saw a community getting through the anniversary day in the same way that it evacuated one year earlier: together, with the best interests of each other in mind.  We also saw gratitude, lots of it. 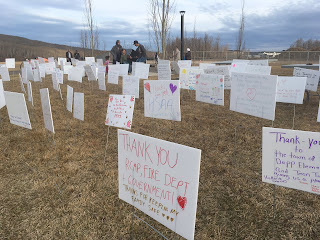 I had been invited to participate in the day by doing a live painting.  The difference for me with this event was that I had the luxury of time.  In other words, I was able to stop, engage and visit, without the stress of having to be done the painting at a particular time.  It was lovely.  At some point in the process, I realized that I needed some help.  When our Member of Parliament David Yurdiga dropped by, I asked if he would like to pick up the brush and apply some colour.  He did. 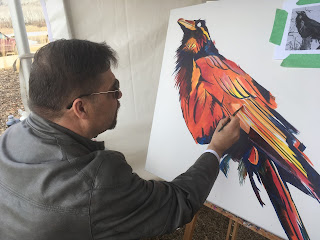 Then I started asking young people to do the same.  They did so intently and generously. 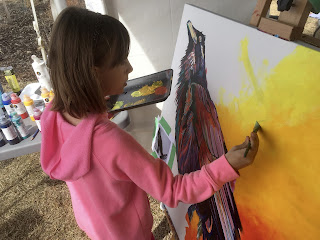 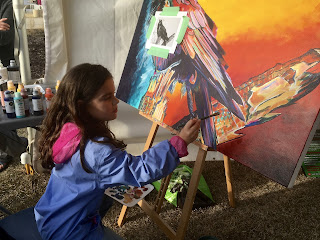 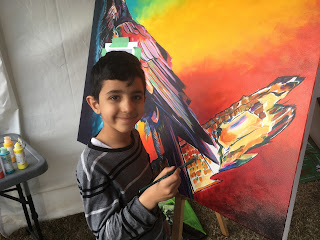 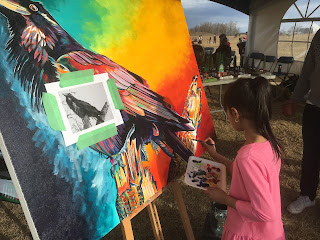 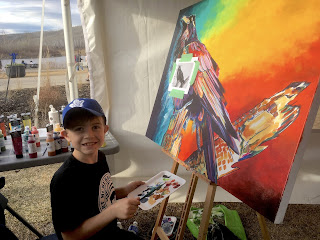 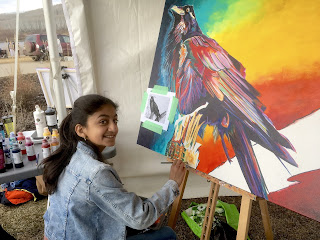 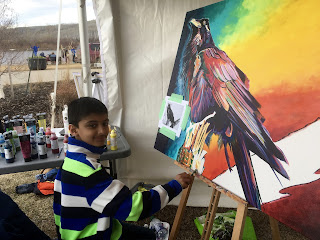 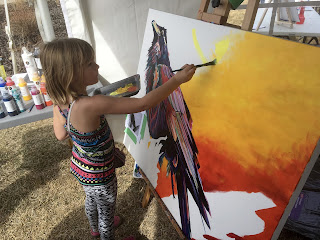 At one point, Premier Rachel Notley walked into the tent with Mayor Melissa Blake.  Both leaders got hugs and a turn with the brush.  The Premier added some orange to the background; she couldn't resist. 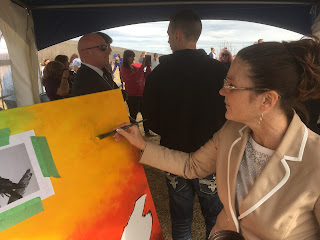 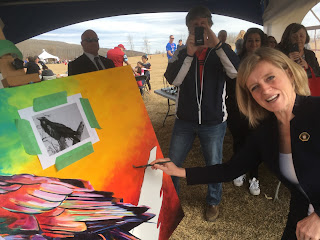 The Premier also tweeted out a lovely message shortly after her swing through the arts and crafts tent. 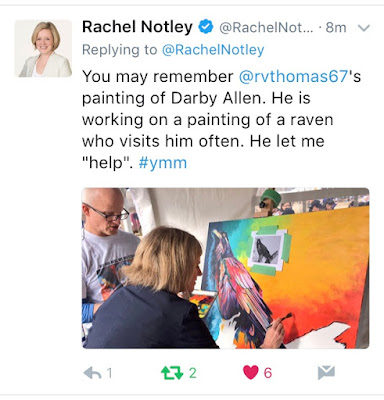 I'm so grateful to Sonia and her team from Borealis Artist Institute for allowing me to share their tent.  The work that they were doing to creatively engage people was absolutely beautiful.

I felt like the vision of Snye Park was realized yesterday.  The final component of the design of this urban park had been added:  people.  A lot of blood, sweat, tears, and a certain degree of controversy went into the development of this space.  Seeing thousands of community members laughing and smiling with one another on the anniversary of such a terrible event, made it all worthwhile.

My thought, and the thought of more than a few, is to consider making the May 3rd commemoration Community Gathering an annual thing.   I never thought I would feel so good on what could have been a very tough day.