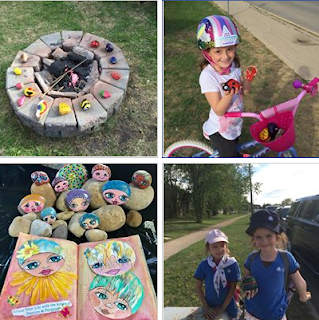 My Facebook newsfeed started being taken over by posts from a group called FortMac 'Rocks!' yesterday.  I was being encouraged to participate, though I really didn't know what it was about.  My friend Jodi sent me a link to a YMM Parent article that explained the whole thing.  You can read it by clicking here. It's pretty simple: people paint rocks, in whatever way they want, then hide them for others to find.

It was launched a couple of weeks ago by teacher Tina (as she was known to Dylan and Ben when they were young and attending Educare), inspired by her friend and colleague Lynette Butt, who had introduced her to the concept while vacationing down in Florida.

It's no wonder my feed exploded with posts of painted rocks, the group has ballooned to over 3,200 members since May 14th.

I thought it would be fun to participate for several reasons.  Painting on rocks sounded intriguing to me.  As I quickly discovered, it is totally fun.  Second, I thought it would be a great way to encourage families to seek out and discover the historic murals that are painted on Birdsong Studio.  I also love the idea that families are out and about in our parks and public spaces doing something that is community enhancing and positive. 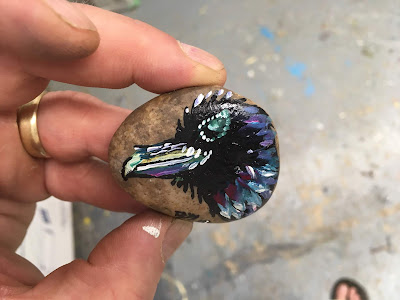 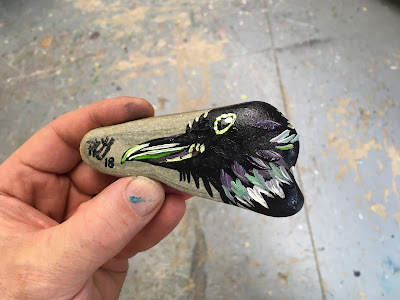 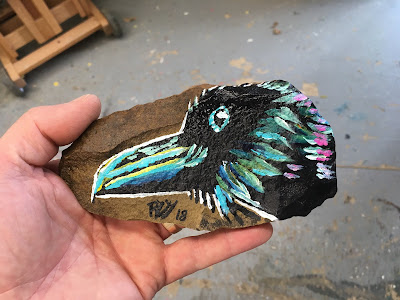 I decided that I would do raven rocks.  It's a subject that I know very well and that most residents appreciate.  I ended up painting three raven rocks on the first day, all of which had been found by the end of the evening. 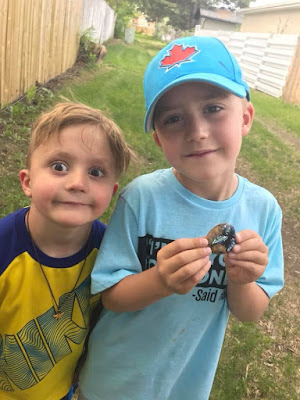 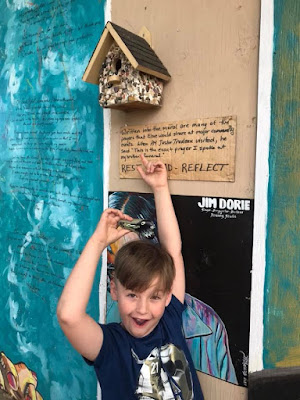 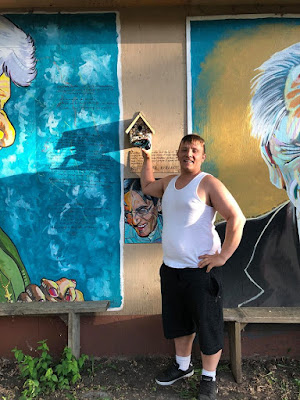 I think I'm going to continue to paint raven rocks, in between the many other painting projects I have on the go in Birdsong Studio.  I'll also do my best to leave my back gate open when I'm working in the studio.  If you come searching for raven rocks, don't be shy about popping into the yard and around the corner.  There is a lot to see in the studio, plus I might have a few surprises in store for the little ones.

I have to apologize to Chrissy and her kids.  They popped in yesterday evening as the back gate was open.  However, I was in the house having dinner with my sons, and didn't hear them at all.  I'll try to have the gate open ONLY when I'm actually out in the studio.  If the gate is closed, it probably means I'm out for a walk or napping.  I love my naps.

Here is a short video to illustrate what you need to look for in the alley between Hill and Demers Drives.