At a point early in our marriage, we bought a contractor's table saw from Heather's dad.  I had an interest in carpentry and put that table to great use over the next decade, building cabinets, tables and various other things.  I loved spending hours out in the shop putting projects together and improving my skills. 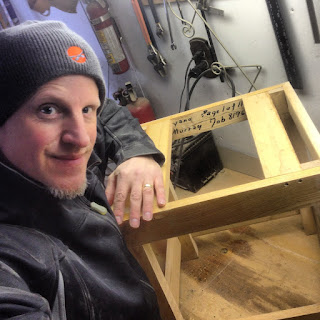 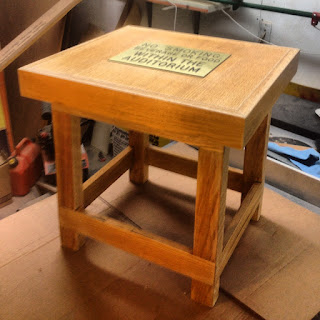 Early on in this painting journey, there was a lot less space available in Birdsong Studio as much of it  was occupied by carpentry gear.  My brother-in-law adopted most of it after he got settled in his home and all of a sudden I had loads of space.  He left me with just enough tools to do basic things. 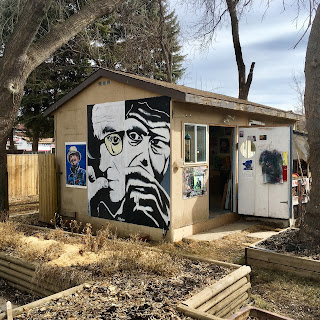 With the warmer weather, I've returned to my handyman roots making improvements to Birdsong Studio.  It is 20' x 16' stand alone building in our backyard, fully insulated, heated and powered.  Now a quarter century old (that always sounds more impressive than saying 25), it is in need of TLC.  As an example, the facia boards on the south facing side have been pummelled by rain, ice and sun and needed to be replaced.  We are getting eavestroughing installed in the next few weeks and the installer suggested that it would be a good idea to install new boards first.

It took me a couple of hours between painting projects, but with a few basic tools - circular saw, hammer, pry bar and drill - I now have facia boards that are straight, true and solid.

I must admit that I really enjoy the opportunity to work with my hands and return to my carpentry roots.  It feels especially good to do work that will extend the life of a building that has meant so much to me.