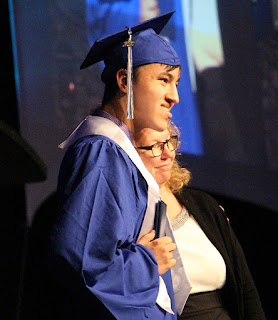 As Heather and I drove up to the airport to pick up Dylan after his whirlwind tour to Montreal for his callback at the National Theatre School, I had the first realization that this particular bird will soon be leaving the nest.  My mind zoomed ahead to the calls to come and see productions and projects, to assist with moves, and assorted other milestones that will dot his life in his post-secondary life.  We'll go through something similar four years from now when Ben graduates high school and begins to pursue his dreams.

With Mother's Day approaching, I keep thinking of how my mom (and dad) managed to engage with my post high school life.  They made the long trip to Saskatoon to see shows, help with moves, and various other things.  They did it all while still having four kids at home.  I never thought about that part.  The effort that they made to stay connected (that they still make) is something I truly appreciated, and better understand now.

Dylan was all on his own for the first time in an unfamiliar big city.  We got a couple of short texts while he was there, but that was it.  He was on his own, embracing life, discovering a whole new world, and meeting like-minded young adults from across the country. 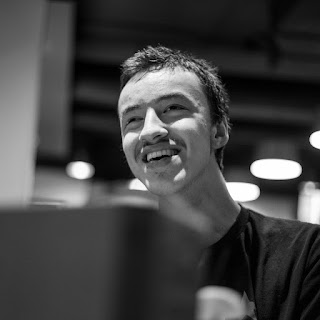 He shared stories of his amazing time in Montreal while driving back from the airport.  As he bounced back and forth from one highlight to another, it was clear that he has tasted life out in the big world beyond our community.  The memory of that taste will likely soothe any fears or trepidations that may come up when he makes his final plans to move away in late summer.
Email Post