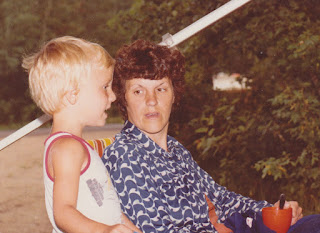 I've been thinking a lot about my mom and how important she was as I set out in the world.  Those first few years were a voyage of discovery and change.  From the time I left home in Kamsack, Saskatchewan to the time when I finally settled in this house in Fort McMurray, I think I counted 17 moves.  The north star through all of that was Mom and home.

"It is an ever-fixed mark
That looks on tempests and is never shaken;
It is the star to every wand'ring bark,
Whose worth's unknown, although his height be taken."


Mom went above and beyond to stay in touch, write letters, attend plays, help with moves, and make me feel connected to something solid and important.  There were times in that first decade when I felt utterly lost, defeated, and somewhat of a black sheep.  While my career began to take shape, my personal life was full of turbulence and unexpected hazards.  That sense of home and the unflinching love of Mom helped me make it through to the other side. 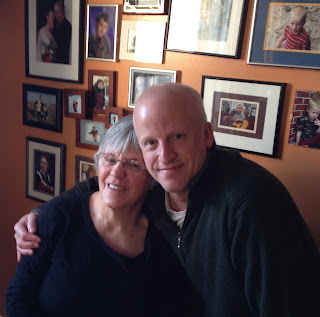 She is still the connector, writing regular emails to all of us, keeping us abreast of life back home, but more importantly, that she is still thinking of us.  That north star is still in position, guiding us, encouraging us, and loving us. 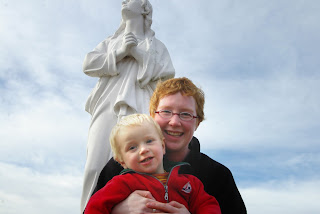 I've also been thinking about the role that Heather plays in being that north star for our boys.  It will be a number of years before Ben graduates and heads off into the world, but Dylan is about to do so. While he may not have a full sense of it yet, the fact that Heather is a text or phone call away is going to be very important in the coming months and years. 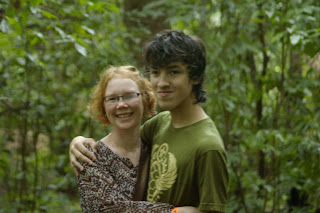 She chose to join me for the trip to the airport the other night when Dylan arrived home from Montreal.  It was beautiful to watch as the two embraced after his first major solo trip to an unfamiliar place.  She held onto him for quite a time.  Yes, they drive each other crazy, at times, but the emotional ties between Heather and Dylan are intensely strong.  That tether is going to be hugely important as he goes into the great big world this coming fall.

I sometimes wish I could get inside Ben's head to understand how deeply he feels for him mom.  I get to observe their closeness and connection every day.  In a way, it reminds me of my youngest brother and the relationship he had (has) with our mom.  He was the last of six children to leave the home; Ben will be the last of two.

Heather is travelling home today from another learning adventure down south.  While we don't make a big deal of special occasions like Mother's Day, in terms of lavish gifts and the like, it is a big deal in my mind and heart.  The role that she plays in the lives of our sons is epic and we love her for it.