People are so kind.  The things they say about my various paintings are so complimentary, encouraging and often, deeply heartfelt.  I especially like it when they say something like "That's my new fave" or something like that, which my sister did about last week's portrait of Beau the Bear and several shared about the recent portrait of beautiful elder Christine Deltess. 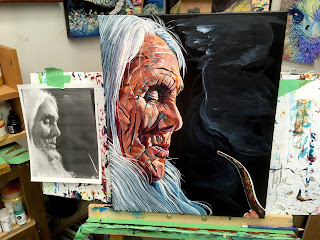 You would think that with these daily doses of affirmation that I would be brimming with confidence and would go into new project with ease.  The truth is that in my heart, I'm only as good as the painting that is on the easel right now.  A new canvas is a new journey, with new challenges and a self-imposed intention to give it my very best.  I never really know where the canvas will take me, only that I trust it will take me where it needs to go. 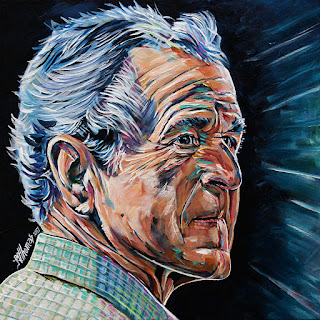 It's especially hard on me when I'm struggling with a project.  My confidence wanes and my fortitude gets tested.  It doesn't happen often, but when it does, I find it humbling.  There is struggle in art.  I keep the portrait of George W. Bush in the studio to remind me of that certainty.  Oh how I struggled with him.  For the longest time he was his father.  I had a devil of a time extracting the son out of the father.  In the end, it was a small contour change in the cheek that made the difference.  It took hours to find it. 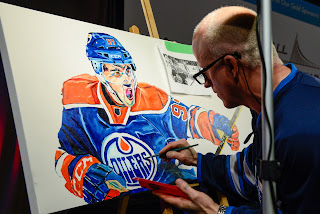 There is a lot to be said about just doing the work.  If I waited until I was "in the zone" every time I had a project on the easel, my productivity would plummet.  Instead, I've developed a painting regimen that ensures I keep pushing forward, no matter if the muse is with me or not.  This profession, like so many others, requires discipline and determination to rise up and push through. 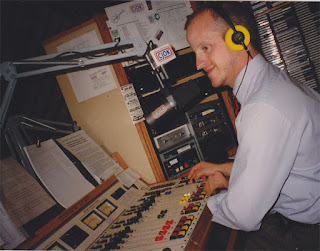 I have been nurturing this ability to overcome and move forward for many years.  As a radio personality back in the 1990s, I had to wake up every morning and positively engage the listeners despite the turbulence I was experiencing in my personal life. 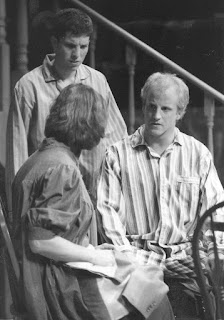 A decade later, as an actor now, I had to give life to one of the iconic characters of American theatre (Biff Loman from Death of a Salesman) despite a relationship that was imploding on the home front and an Achilles tendon that decided to snap in the middle of a performance. 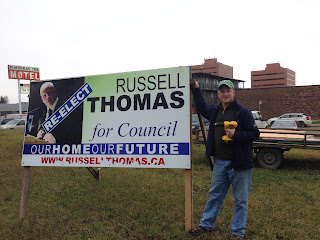 In 2013, I had a political career that abruptly came to an end.  Instead of bemoaning my resounding defeat in an election, I allowed it to propel me forward into the amazing life and profession I have today. I was smiling the next day, as Kelly and I went around taking down election signs.  As it turned out, those signs found a second life as painting palettes.


"The seeds of my success are sown in soil rich with failure."


Each day is a fresh journey with new discoveries to be made and lessons to be learned.  I'm grateful for each one of them.