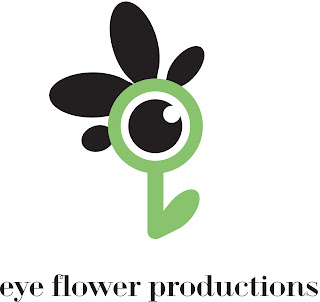 There is a stark difference between watching a move in a home theatre and experiencing theatre in the home.  Eye Flower Productions successfully put the wraps on a four evening run of Legion Blues, written and directed by Michael Beamish.  Performed in the kitchen and front foyer of a home in downtown Fort McMurray, the audiences, ranging in size from 15 to 30, sat on an assortment of pillows, sofas and chairs in the living room.

I had heard a number of rave reviews, but none more compelling than that of blogging compatriot Theresa Wells who wrote a wonderful piece on her experience (she went twice by the way) that you can read here.

It is fascinating to me to watch the role that new media is playing in our community.  Theresa's McMurray Musings blog is a comprehensive compendium of some of the most interesting things happening in and around Fort McMurray.  She is a staff of one and the hardest working volunteer journalist in town and she's having a tremendous impact, not to mention a whole bunch of fun.

The cast and crew of Legion Blues were tickled pink after reading her wonderful piece on their show.  Not only did it hold a mirror up to nature, giving them an objective reading on how their efforts were translating, it also helped gather an appreciative and generous audience (admission was by donation).

I couldn't help but drift back in time to when four members of the company were students in the Visual & Performing Arts department at Keyano College.  To see Rebecca, Michael, Murray and Ian adding depth and meaning to our arts scene many years later, after they left and came back, is wonderful.

There were many things I loved about this performance. Some are obvious like the innovative use of a real-world functioning kitchen and house, and the intense connectivity they created with the audience thanks to the close proximity.  Other things are more ethereal, like the way the characters penetrated so quickly into my gut.  Usually when I watch a play in a traditional theatrical space, it takes the better part of the first act to give myself over to the story.  In this environment, described by Theresa as voyeuristic, it was with the first entrance that I dive bombed into the lives of Paul, Helen and Ray.  It was remarkable.

Using various light switches, doors, kitchen appliances, subtle costume changes and a live music score performed by Ian Stockley, Eye Flower Productions proved with certainty that you can create theatrical magic in the most unlikely of places.  You don't necessarily need fancy lights, a big stage and all the expensive accouterments that come with a traditional theatre.  They executed a memorable and rich experience right where they live.  The coffee they offered me as I walked in became a consumable prop a few minutes into the show.  Our jackets, hanging up in the closet, became part of the set dressing.  The paddle ball being pawed by a patron in the front row became a plaything of the imaginary child in the story. 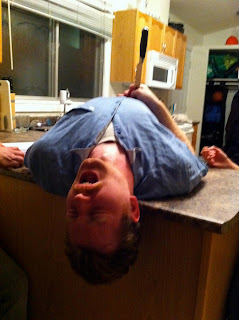 I've always enjoyed watching Murray Cullen on stage.  From his amazing turn in Who's Afraid of Virginia Woolf to his work in Beauty and the Beast and Comedy of Errors, Murray has an amazing gift that has ripened over time.  The combination of his intensity and intimacy was in one moment disarming, in the next, disturbing. 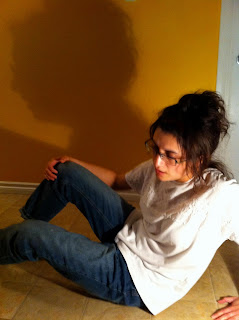 Rebecca John was lovely in the role of Helen, under-stated, mouse-like, and authentic to the period and the circumstance.  The chemistry that percolated between her character and that of her husband's best friend was believable, like a pot of water on a slow boil, intensifying at a perfect pace throughout the show. 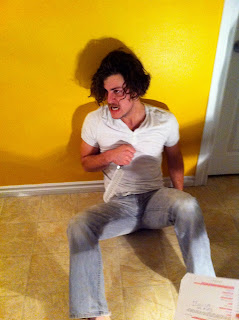 Frances Mennigke was once again riveting.  I adored his performance in Rubbish, seen during interPLAY and Alberta Arts Days.  This time he stripped out his natural South African accent and did an admirable job speaking Canadian.  But it was the fire in his belly and torment in his heart that swept us into the story.

The strange sounds crafted by Ian Stockley and performed live on the acoustic guitar added incredible suspense and terror to the flashback scenes.  It was a stroke of genius to add a live musician to the mix.

I'm particularly proud of Michael Beamish, as a writer, director and producer.  Legion Blues is a great piece of play-writing that he put on its feet in a completely unique performance space.  And he managed to attract a healthy audience using the wonders of word-of-mouth and social media.

By any measure, this production was an out-of-the-park home run, a slam dunk and any other high-performance sport analogy you can throw at it.  Eye Flower Productions has given us a new sense of what is possible when creativity and innovation dance.  Thank you!

You can follow Eye Flower Productions by liking them on Facebook.  Please do, because this represents only the opening chapters of their promising story.
Email Post