It was on this date in 1973 - 40 years ago - that CJOK officially went on the air in Fort McMurray. They had actually started up the transmitter and began broadcasting hits from 1972 starting at 6 pm on New Year's Eve.  But in the seconds before the stroke of midnight, a jubilant crowd of young broadcasters and media entrepreneurs cut into the pre-recorded tape, counted down the New Year and put the first record in motion to begin an endeavor that would grow over the next three decades into the OK Radio Group, a collection of independent radio stations that at its apex stretched from Fort McMurray to Grande Prairie to Edmonton to Victoria.

You can listen to the countdown and the first weather break at the COUNTRY 93.3 website by clicking here.

The first record played was a mammoth hit from Johnny Nash that had hit #1 on the Billboard Hot 100 just a few months prior to the launch.  Who remembers "I Can See Clearly Now"?

The mellifluous voice of Roger Charest welcomed listeners and dived into the station's first weather break as the community of Fort McMurray - barely 8,000 souls at the time - brought in the New Year, hugging and kissing while gathered around their radios.

"It's now seven minutes after twelve o'clock," began Roger.  "The first CJOK Fort McMurray weather forecast - and I must tell you that it's a pleasure to be on the air - Fort McMurray region will be clear tonight with lows five to ten below zero, increasing cloudiness with highs twenty to twenty-five degrees.  The outlook for Tuesday, just a wee bit colder."

Those were the days before the implementation of the metric system.  Translated to Celsius, January 1st of 1973 would have felt very similar to what we're going to experience today in 2013.

In this generation of super-connectivity, it's hard to imagine what the launch of a local radio station would have meant to a community so isolated and intimate.  Suncor, then GCOS, was just six years old.  Syncrude was still in the planning stages; construction would begin in earnest later that year.  Highway 63 was a shadow of its present self and there was only one bridge across the mighty Athabasca River.  Despite its 1973 reality, optimism and opportunity dripped from the walls of that studio located in the Hill Building (now Campbell's Music) on Franklin Avenue and over the airwaves that night.

"I really love Fort McMurray. It's a great little city...town (laugh)," said Claire Stewart, creative director and host of the early afternoon show from noon to 3 pm. "But it will soon be a city as big as Edmonton; I know it." 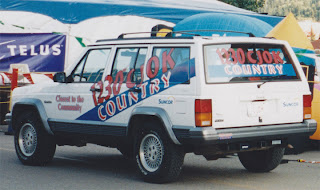 Claire might have shot a little high with that prognostication, but she certainly captured the energy of the place that would develop over the next four decades to become "the single largest industrial project in the history of mankind" and the engine of the Canadian economy. 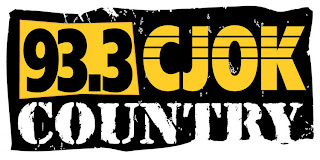 As a radio enterprise, CJOK went on to achieve great success and helped develop a collection of young broadcasters who continue to influence communities across the country via the airwaves.  In my relatively short time as program director, we enjoyed the talents of Dean Blundell (now morning show host with 102.1 The Edge in Toronto), Dan O'Toole (now co-host of SportsCentre on TSN), Dave Wheeler (now morning show host at 92 CITI FM in Winnipeg) and Mitch Peacock (now with CBC Sports in Winnipeg).  The list of broadcasters still in play includes familiar names like Kenny Jones, Andy Carlson, Zack Hewitt, Tim Day, Mark Stiles, Bruce Daniels, Rick Zamperin, Rod McDonald and so many more.  Go back deeper into the personality catalogue and you'd find names like Mark Connelly (CBC Edmonton), Kelly Boyd, Gerry Skowronski, and John Shields (Senior PD with The Q and The Zone in Victoria).

As a community builder, CJOK has been fundamental in supporting, encouraging, connecting, enabling, and communicating the things that matter for 40 years.  It has flipped over to the FM-band, has a new owner (Rogers Broadcasting) and goes by COUNTRY 93.3, but CJOK still strives to be "Closest to the Community" and a dynamic career stop for the radio broadcasters who will lead the way in the next 40 years.  Happy Anniversary!
Email Post