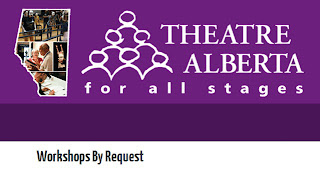 All we saw on the schedule for Friday night and all-day Saturday was "Workshop".  Outside of that, many of us had no idea what we were getting into.  As it turned out, the "Workshop", facilitated by Annette Loiselle, was provided by Theatre Alberta as part of their Workshops By Request program. 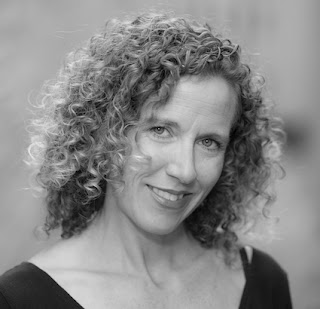 It was a brilliant stroke on the part of artistic director Claude Giroux, who couldn't make it in from Vancouver for this week.

I missed the first night as I was down for the count with a simmering flu and fever, but Bear told me that it was amazing.

"The young people are so attentive," he said. "And their energy is something else."

"There is so much talent in the room," said Greg, another actor closer to my generation.

As I watched everyone stream in for Saturday's all-day exploration into basic acting techniques, I was floored by both the diversity in the room and the number of people.  This was likely the largest gathering to date of the core ensemble, almost 60 in total, who will help comprise the full compliment of performers expected to be in the 120-130 range, inclusive of band, choir, dancers and drummers.

For Bear, a person who has spent much of his working life in the nightclub business, being able to be a part of this ensemble effort is a welcome change.

"Are you nervous about being on stage?" I asked.

A large man, covered in tattoos from head to toe, you can't help but notice Bear the moment you walk into a room.  A hard working guy, often at the club for 13-hours a night, we are so pleased that he is joining Billy, Coach and a special guest to provide some commentary and comic relief during the show from the environs of the airport terminal bar, the new terminal being the setting for Hometown...The Musical!. 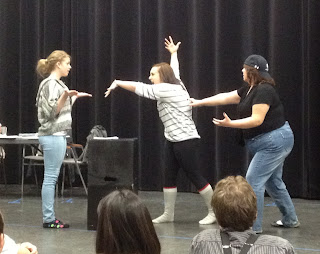 Our exploration yesterday included a fun exercise where small groups of 3 or 4 had to create a tableau (a frozen picture using their bodies, facial expressions, etc.) of scenarios provided on small slips of paper that might occur in or around an airport terminal.  Everyone sitting down had to guess what the tableau represented.  The creativity and innovation employed was wonderful.  Everyone participated, including several enthusiastic autistic ensemble members and others who were taking the first step in overcoming stage fright.

Each of us, through an ongoing physical exercise developed a character - in some cases from the show, in some cases not - which we brought forward during the "interview" segment of the day.  Small groups would leave the room, focus their energies, and re-enter as their characters and take their seats in front of the large group.  Questions of all kinds would be fired at them and they would have to respond as their character.

"How old are you?', "What kind of work do you do?" and "What brings you to Keyano College today?" were the most popular queries.

Some were open-ended questions like "If you could go back in your life and change one thing, what would you change and why?" or "What was your best day?" 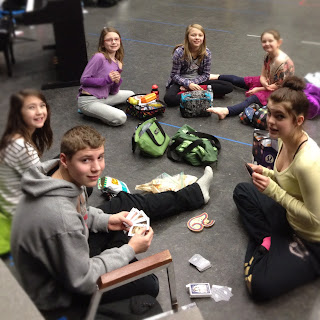 We're still trying to remember everyone's name, but Annette miraculously was spot on perfect with the names of the almost-60 people in the room by the end of Saturday.  I'm not sure how she did it, but it was a thing of beauty.  I jokingly suggested that she should become a politician with that enviable skill.

"I'm too much of an introvert," she said.

Little does she know that several politicians that I know - including myself - are actually introverts at heart; we just cover it well.

Our sincere thanks to Theatre Alberta for providing this wonderful workshop as part of this journey to Hometown.  It was a wonderful success and an incredibly valuable use of time.  Today we work with outstanding choreographer Kim Hurley to map out the all-important opening and closing sequences of the show that opens February 15th. Got your tickets yet?