Measure of a Meeting 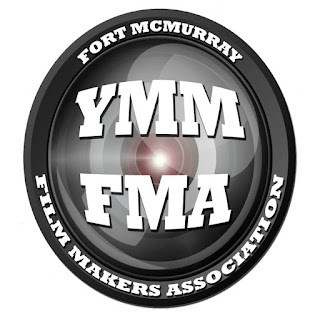 I heard fellow blogger Ken Chapman utter a similar sentiment after our second iteration of the Community Image Summit.  How many people linger after adjournment?  What is the volume of conversation?  What extra connections are being solidified? 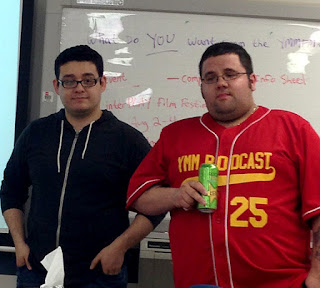 Last night's meeting of the Fort McMurray Filmmakers Association proved to hit all the notes in terms of meeting metrics.  When co-hosts Tito Guillen and Toddske cut us loose to chat, instant murmuring gave way to bombastic conversations erupting around the room.  Nobody wanted to leave, despite the dripping humidity and heat. 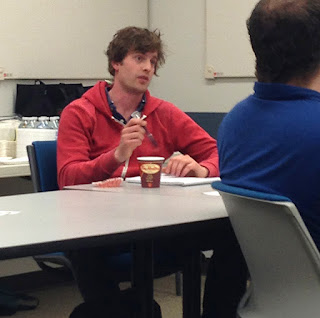 I gravitated to Lliam Hildebrand, a documentary filmmaker working on a project called Iron and Earth. A boilermaker from Victoria, Lliam has established a pattern of spending three months of the year in our region, and along the way has been exploring and shaping a cinematic perspective about the oil sands that hasn't been tapped into yet.  Check out www.ironandearth.org to find out more. 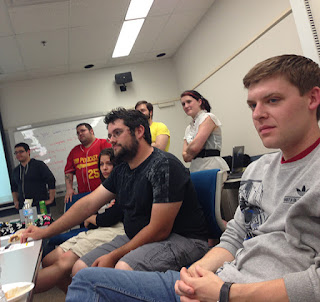 Mike Mankowski was in the room, one of the producers of Left for Dead: The Legend of Wild Bill, a full-length feature that recently did exceptionally well in the Cinecoup million dollar competition.  Through the publicity that the project generated here in Wood Buffalo, Mike and his colleagues at Don Kee Films are diving into a project half way around the world in 2014. 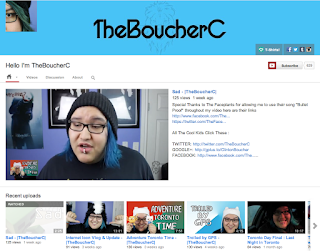 Clinton Boucher (The Boucher C) was sitting to my left, a YouTube phenom with over 600 subscribers to his quirky and fun channel.  I'll be diving into some of those videos over the next few days to see the talent that is driving such incredible viewership.

As everyone introduced themselves - the room was packed - a young lady to my right mentioned that she loved to draw, specifically cartoons.  My ears instantly perked up and I couldn't help but jump in at the first chance.

"You and I need to talk," I said.  "I have had two requests for cartoonists in the last week." 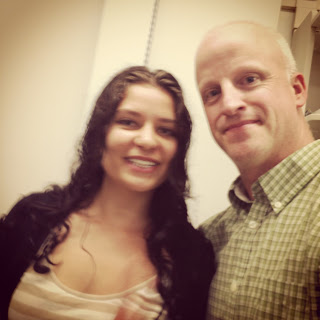 We connected in the melee that ensured when the formal part of the gathering was concluded and I was thrilled to discover a young person - a Seneca grad originally from Toronto - with a rekindled passion for drawing and a fresh intent to pursue her creative talents.

The room in the Bob Lamb Building at Keyano College was buzzing with a great variety of people including several, like Sean Weber and Lisa Goldie, who connect back to my radio years in the 1990s.  Audio guys were hooking up with cinematographers, producers were talking with potential collaborators, and neophytes were making valuable contacts that could lead to some amazing things.

My about-to-graduate-from-Grade-8 son Dylan joined me for the meeting, having just recently made his first video appearance on the YMM Podcast talking about gaming.  A little reluctant at first, he was falling all over himself in gratitude for being asked to come, because he had a ball, floating around the room from one conversation to the next.  It was a beautiful thing to see. 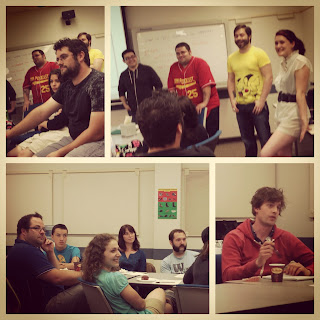 Tito and Toddske sit in the core of the group driving this new organization, now two months old, along with Ashley Laurenson (@Ashcakesquiggle), Steve Reeve (MIX 103.7), Nolan Haukeness (ROCK 97.9) and Misty Oakes (Keyano Theatre). Together, they represent a new energy, a profound determination to focus on "local talent nourishment", and a creative potential the likes of which I have not seen in a long time, if ever.
Email Post