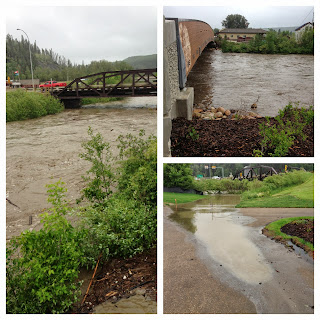 My 46th birthday fell on the morning that the water burst the banks of the Hangingstone River, overtaking Lions Park on one side and Heritage Park on the other.  It continued rising in the wee hours of that morning, filling the field behind Composite High School and eventually covering the main floor of the Sport and Wellness Centre at Keyano College.

I remember waking up at my regular time and seeing images of the water-covered gymnasium, trying to process what I was looking at.  It just didn't seem possible that the water had risen that much from the day before when I first filmed the normally tranquil flow of the Hangingstone turned into a raging river. 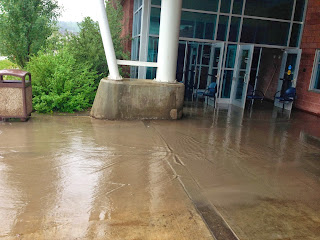 Instantly, I got in my car and drove down Franklin to see for myself.  Security guards were positioned around the perimeter of the Sport and Wellness Centre, doors wide open with water pouring through, oblivious to the structure that stood in its way. 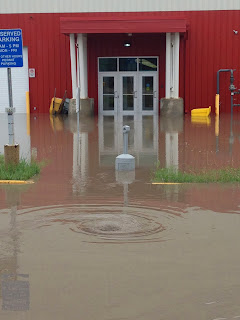 The pictures I snapped that morning ended up being published in a variety of newspapers, providing an unsuspecting prelude to what was to come for southern Alberta just a few weeks later. 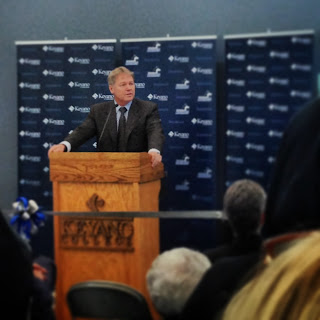 Keyano College re-opened the Syncrude Sport and Wellness Centre earlier this week with a touching ceremony and stories of inspiring leadership, perseverance, and a determination to overcome adversity. I was honoured to be there, to hear the acknowledgements of what it took to get the facility back on line, and the sense of optimism of what lies ahead. 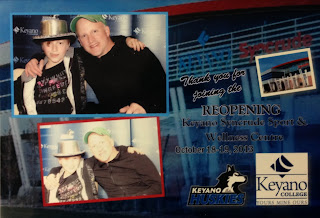 Ben and I attended the home opener for the Huskies men's and women's basketball teams last night as they tipped off against the NAIT Ooks.  It was great to see Coach Connelly back in the house, the man who took our men's team to the nationals last year and built a great program. 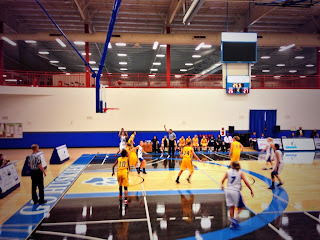 I'll be the first to admit that I'm not a huge sports guy.  It is rare that you'll see a game on our TV at home, and even rarer that you would see me out playing - sadly.  But, I've grown to really love watching Huskies basketball, as has Ben.  It was a wonderful way to spend a Friday evening, screaming in delight as it rained 3's at a number of different points in the game.

Thanks to President Kevin Nagel, Vice President Dwayne Hart, and Director of Student Wellness Wade Kolmel for the inspiring leadership they showed during a period of tremendous challenge.  Thanks to all the staff and contractors who went above and beyond the call of duty to get the facility open in time for the season opener.  Last night felt like coming home.
Email Post