The art of happiness and elixir of sleep 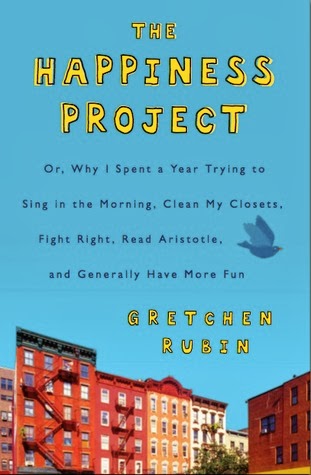 I began re-reading The Happiness Project by Gretchen Rubin after it landed in a pile of book titles that were game changers suggested by friends on Facebook.  It was an impressive list with classics like The Monk Who Sold His Ferrari, The Art of War, Getting to Maybe, and Everybody Leads, just to name a few.  But it was The Happiness Project that jumped out at me, as I knew I had it on my shelf, and that there was something it it that I was meant to read.

Early in the book she talks about the relationship between rest, or the amount of sleep you get, and happiness.  At one point she asserts that one extra hour of sleep into your regular routine will make you feel happier than a $60,000 per year raise.  It struck me that as we've gone deeper and deeper into rehearsals for Les Mis, the amount of sleep I've been getting has been seriously trimmed.

A creature of habit, I typically knock off between 10 pm and 10:30 pm, after we've watched whatever television series we're into at the time.  I may read for a minute or two, but generally, my body begins shutting down rather rapidly and I am out for the night.  That pattern has been disrupted by late evening rehearsals and the need to wind down after we get home.  Going right to bed from the adrenaline rush of a rehearsal is unthinkable to me.  It will be especially unthinkable once we get to the performance stage of the process.

So, on the weekend I tried something that I rarely do: I slept in an extra hour on one day, an extra two hours on the other.  That little bit of extra shuteye, which didn't take away from my regular morning activities - as it was the weekend - made a world of difference in terms of how I felt.

I made the mistake of imbibing in a couple of small cups of coffee from Timmie's on Sunday night at a meeting, not thinking for a second that it would bite into my nocturnal bliss.  But I had a devil of a time falling asleep that night.  It was like the caffeine was coursing through my veins intent on tickling my thoughts as long as it could.  I won't make that mistake again.

While getting the right amount of sleep leads to more happiness, so does routine, and getting an early jump on the day.  The body and the mind appreciate consistency and patterns.  So, in that regard, I'm hitting the happiness home run.  On normal days, I'm up and out of bed by 6 am, doing my regular morning stuff - 90 minutes of bliss before the boys get their wake up call at 7:30 am.  This is the writing sweet spot for me, the time of the day when the thoughts and words flow effortlessly.

"This is the hardest two weeks of the process," said Heather to Dylan and Ben at the dinner table last night.  She is right, especially from a sleep perspective.  As we integrate costumes, make up, lights, and a live band into the mix, the nights get longer and it will be 11 pm before we make it out the door to go home, sometimes later.

Listening to Gretchen's advice, I might be uncharacteristically silent during what is normally the first hour of my morning.  That extra hour of sleep might be essential to staying happy the rest of the days ahead.
Email Post