Dylan had said he wanted to say something to the cast earlier in the afternoon. I wasn't sure what he wanted to say, nor did I ask.  All I suggested was that he let Steph know before warm up so she could make some room for it in our pre-show routine.  He was able to say his piece, but not before a moment that nobody could have predicted.

"Susan," said Steph. "Apparently someone is having a birthday today."

"Oh yes," said Susan, as she jumped off the conductor's podium and behind the keyboards where she began playing with a series of notes.  The cast intuitively picked up on it and concluded their vocal warm up with the most amazing, harmony-filled, rendition of "Happy Birthday" that I have ever heard.

Dylan was weeping openly by the end of it, incredibly moved.  Chuck moved in and grabbed him, giving a sustained bear hug.  Then everyone joined in. Forty-eight people surrounded him and gave an unforgettable group hug.  Eventually we moved on and he was finally able to share the words that had been bubbling up inside him, likely for weeks.

"Being in Les Mis has been a life-changing experience for me, especially being able to do it with my family."

More tears - and not just from Dylan - another group hug, and we moved into the fight call. (FIGHT CALL is where we run through every scene that has any kind of stage violence or physical risk, with sound and lights)

The pre-show during a running show is a sacred space that can produce emotional sharing and collective intent in a way that can be powerful.  Last night's emotional outpouring for Dylan ranks right up there as one of the most heartfelt, stirring and inspirational that I've ever experienced.  The fact that it was my son, being embraced by a loving cast and crew in the crucible from whence he first made his presence known 15 years ago, made it that much more extraordinary.


There were no cameras to capture the hug, so the image is not something we can share.  But imprinted in my memory will be three things: Chuck's initial embrace, the crush of the circle, and Dylan's brother Ben, arms outstretched on the perimeter of the group hug, eyes glistening and smiling - he knows Dylan better than anyone, and was completely tapped into the emotional undercurrent of the moment, and how the wave of love and appreciation was being received. 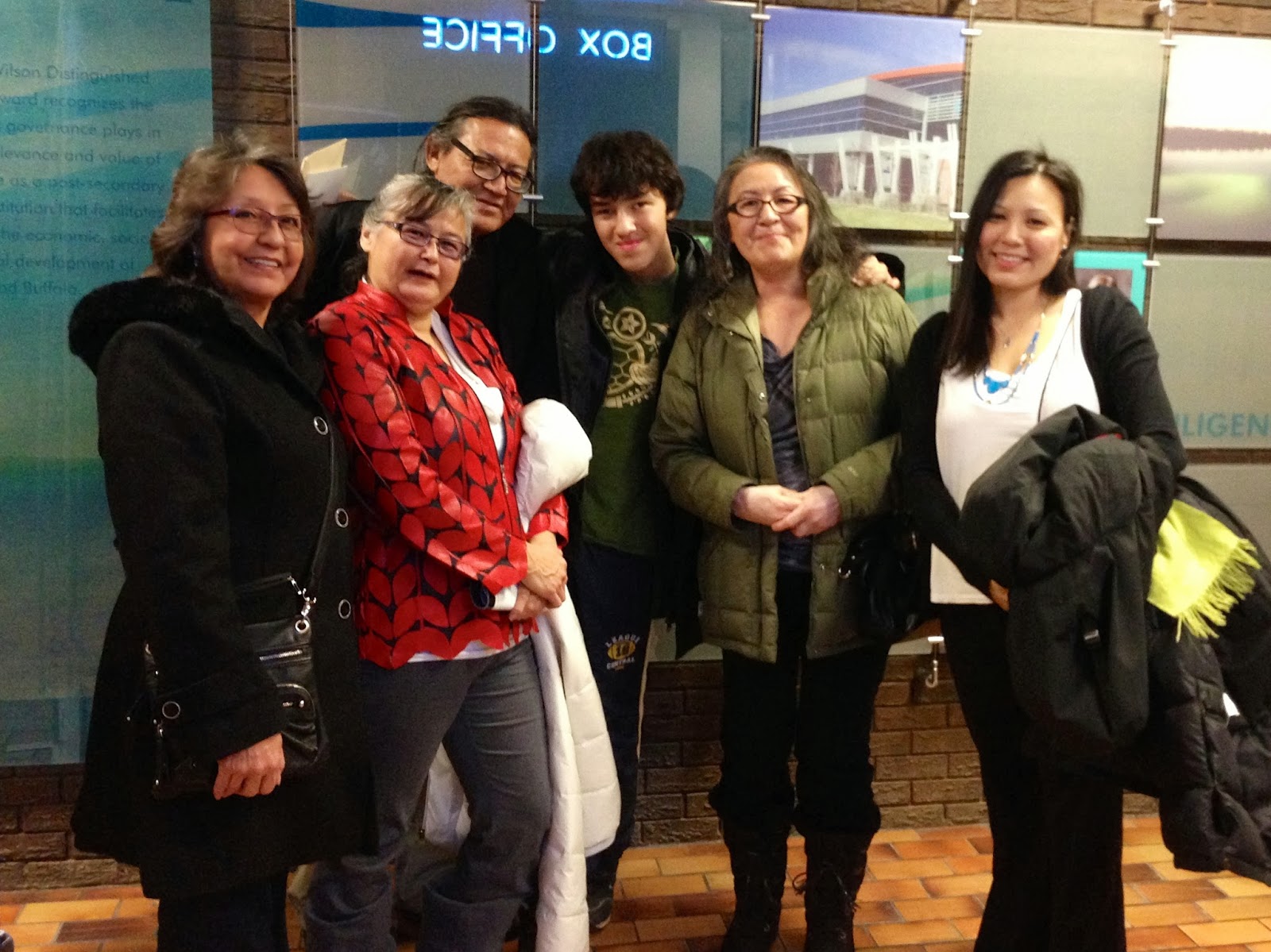 We went on to do an amazing performance, with Dylan's mom (Nadia), grandma (Patsy) and grandpa (Joe) in the audience - his Fort McKay family.  They were beaming when Dylan came out to visit at the end of the show.  As much as Heather and I, they know the arc of Dylan's life, his physical challenges, resilience and spirit.  The importance of the Les Mis experience was not lost on them, and I was so pleased that they could be there for him and with him.

I had said to Dylan, as part of his birthday, that if he wanted to go up to Krista's place for the post-performance cast party, that I would take him.  Otherwise, I likely would have went hastily home, poured myself a finger or two of scotch, and gone to bed.  I'm glad that didn't happen.

We ended up staying at the party until 3:30 am.  We could have stayed longer, but I inherently knew that we would pay for it today if we didn't get home to bed.  What happened at the party will stay at the party, but suffice to say it will be a birthday celebration that Dylan will never forget.
Email Post