There are times during the run of a show when your mind skips ahead.  It happened to me tonight, as I got dressed for the Inn Keeper's song in Les Mis. 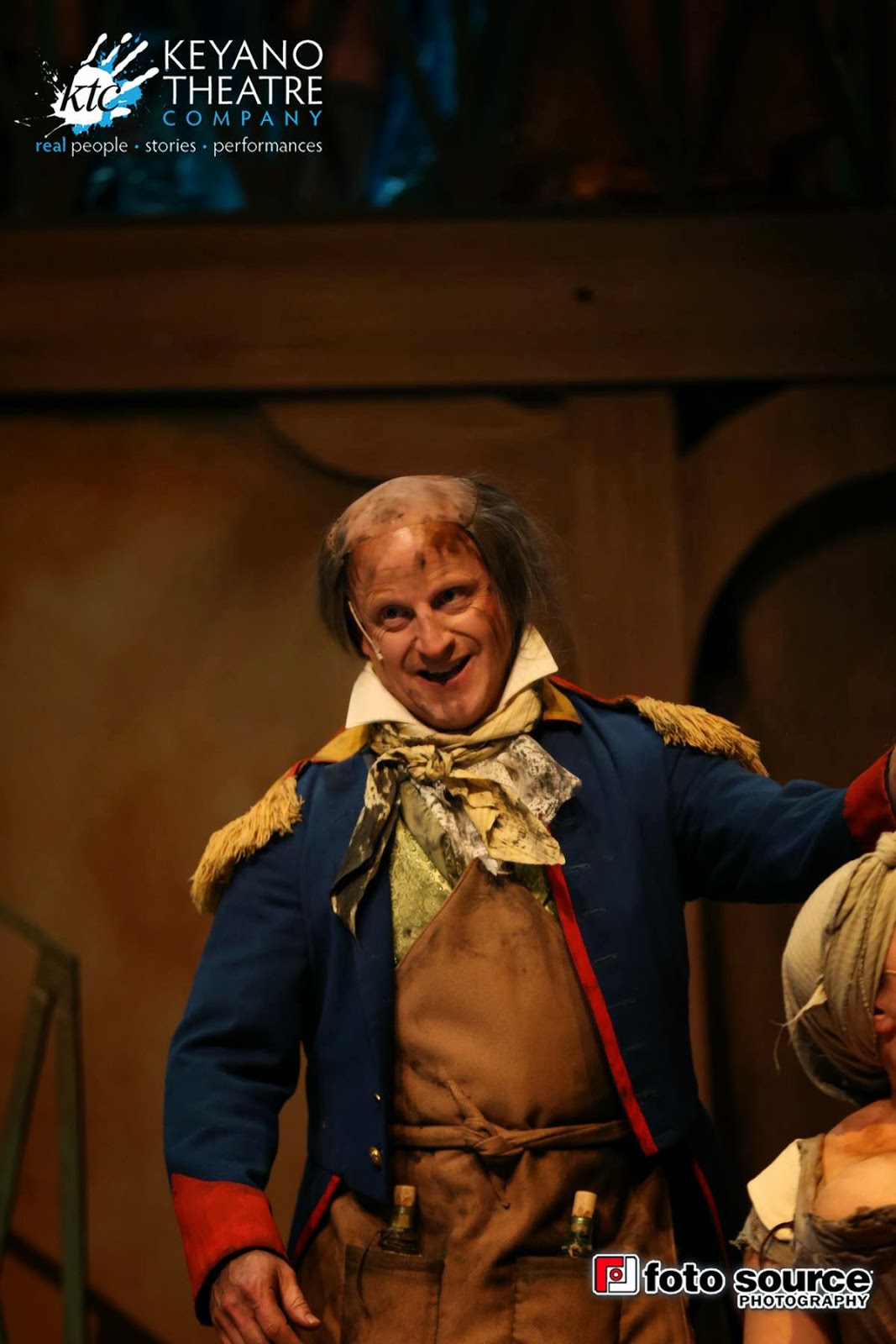 I had my cravat, vest, apron, and jacket on - all ready, with time on my hands.  But something didn't feel right.  I couldn't figure it out.  Then it hit me.  Damn! I don't have my mic transmitter yet.  I took everything off and assumed my position - miraculously at the regular time - at the mic station and waited for Jennifer Murphy to come off stage after the cart crash.  I was lucky.  My brain fart happened backstage and I managed to catch it before I got behind. Sheldon was not quite so fortunate.

He had come off the stage after Norm Sutton said "Monsieur Le Mayor, you are not yourself," and instead of doing what he has done every other performance, standing by in the wings for the next scene, he skipped ahead to his dressing room.  He began applying make-up changes, adding some grey to his beard, when all of a sudden he heard Fantine's line which is his cue to move.

In a snap he realized his faux pas and desperately grabbed his coat and hat, flew down the hallway and on to the stage.

I had a different vantage point: backstage right, waiting in the wings for the Innkeeper's Song entrance.  Where there should have been "Valjean, at last, we see each other plain....", there was silence.

My mind instantly tried to process what had gone wrong.  Was his mic broken and I just couldn't hear him through the monitors?  Was he locked in the bathroom?  Was he hurt?  I knew something was amiss when Allison (assistant stage manager) went flying by, heading for the dressing room.  Time seemed to stand still, when in fact, the total time Tim had to deal with the pleasure of his own company on the stage might have been 10 seconds. 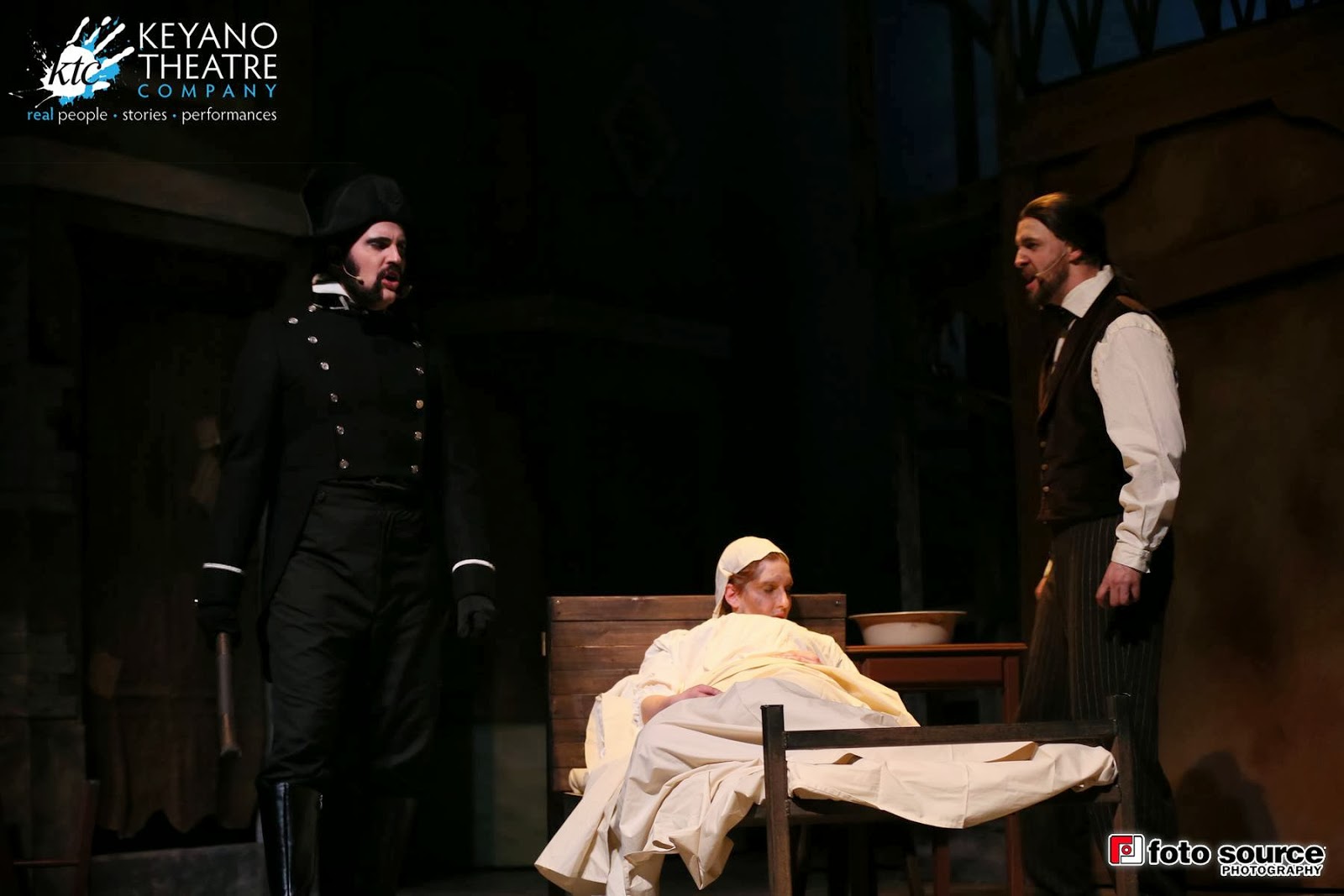 Javert found his place, carried on with the scene like the pro that he is, and the audience was none the wiser.

It was a great performance and the most amazing audience ever.  They were incredibly generous with their energy and enthusiasm.  We have another full house tonight and a growing one for our closing night show on Sunday evening.  Yes, we close on a Sunday!

The superlatives being used to describe this production of Les Mis are inspiring to all of us, words like  "Amazing", "Incredible" and "Unforgettable".  We hope that if you've been following along, yet you're still teetering on the fence about whether or not to come out, that you make the leap.  You'll be glad you did, as you will be elevated by the experience, and convinced that all the hype was not hype at all, rather an honest assessment of a one-of-a-kind opportunity to see a world-class community theatre production of one of the greatest musicals of all time.
Email Post