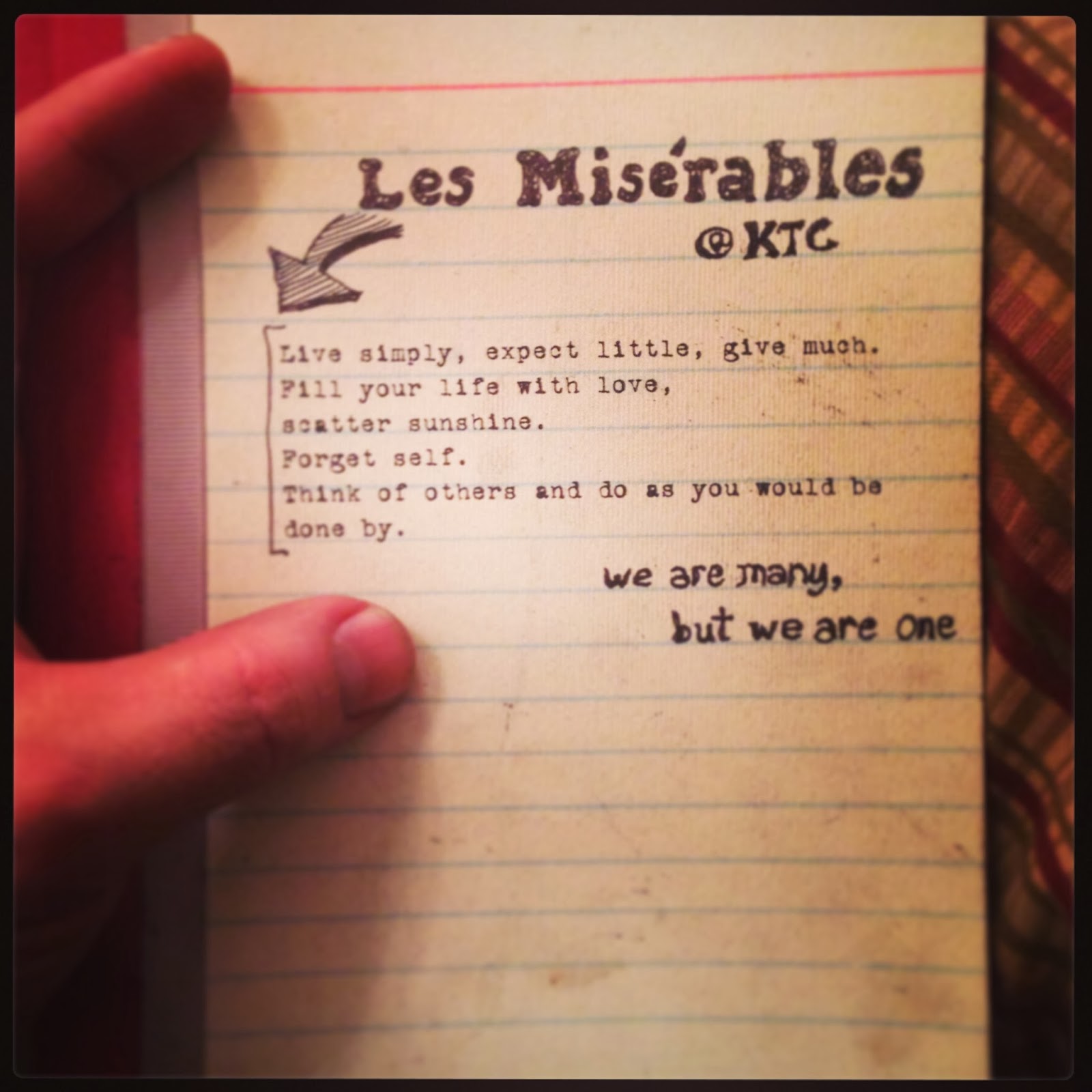 And then there was one.

One more performance and this amazing journey will come to an end.  These will be my last words in this blog series chronicling the making of Les Mis at Keyano Theatre.  Tomorrow I turn things over to the cast, crew and artistic team.  Those who are interested in sharing their thoughts and reflections will be featured in "To the Barricades, Epilogue".

It was quite a second-to-last day.  I got up around this time: 8 am on Saturday.  I was a little surprised by some noise in the other room and couldn't figure out who would have made it up before me, especially considering the lateness of the hour the night before when we all made it to bed.  I walked into the kitchen, and there, sitting at the dinner table, was my mom. 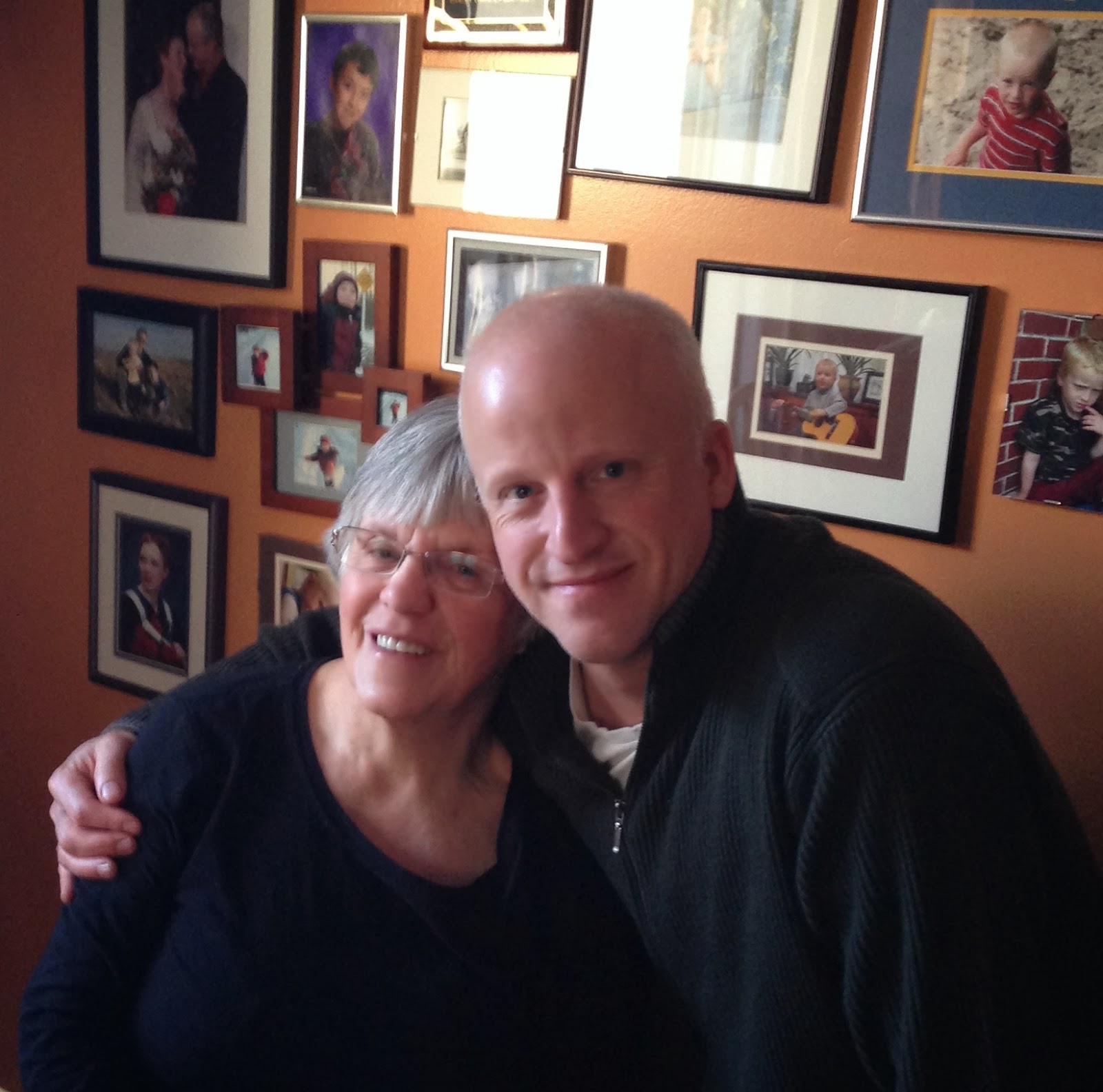 My brain, functioning on not nearly enough sleep, couldn't process the information.  Heather had been teasing me that someone special was going to show up, join us for supper, and come with her to the Saturday evening performance.  When it first came up in conversation a week earlier, I thought it might be Mom, but Heather threw me off track with her clues.  As it turned out, she had picked her up at the airport while we were performing on Friday night, got her settled in the downstairs bedroom, and made sure there were no clues for me when we returned from the show.

"Ahhhhhhh," he said in a heartfelt, delighted, and emotional kind of way. 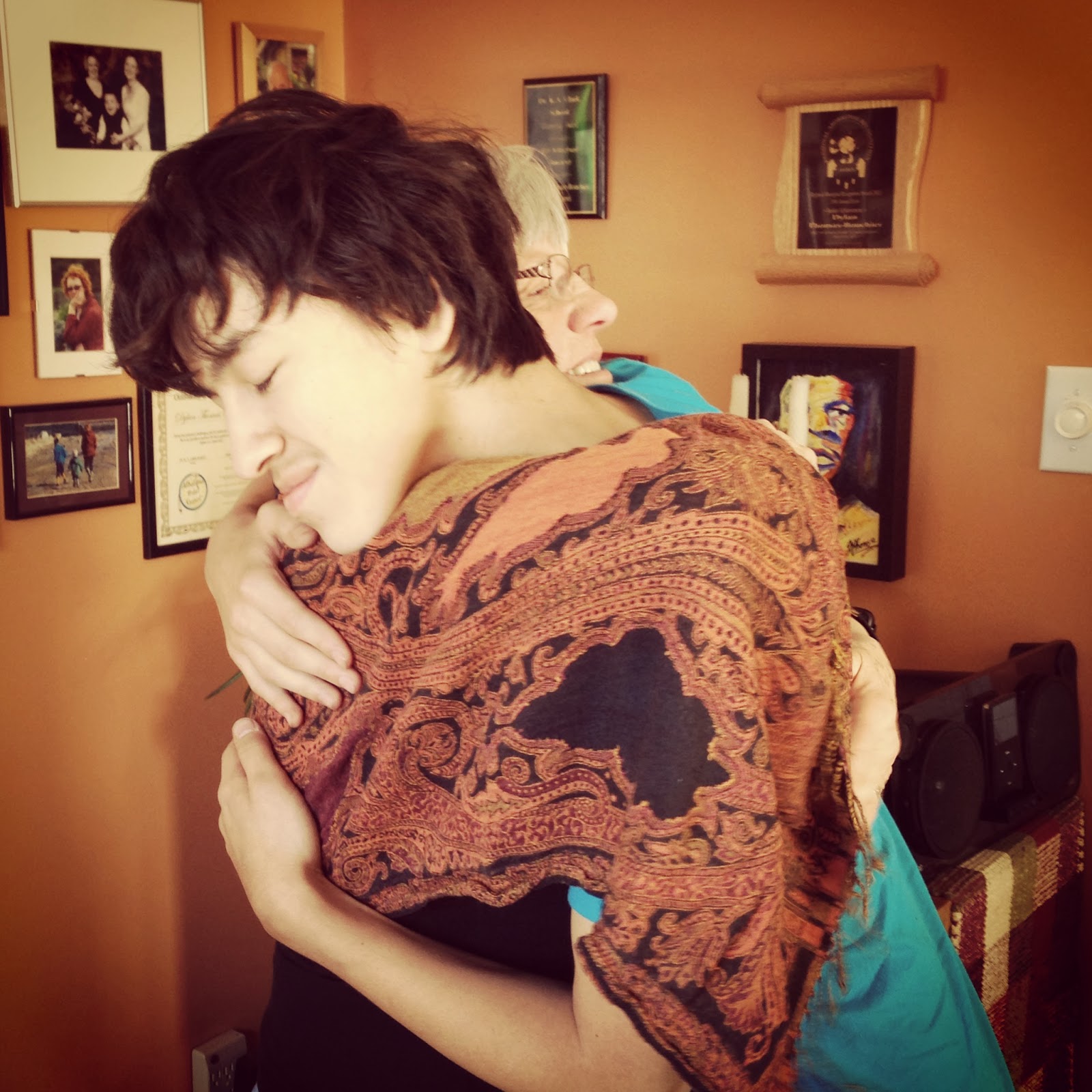 Ben was a little more reserved in his reaction, but was very excited and proud to give both my mom and his mama a tour of the stage after last night's show. He did a great job showing off Jason Bolen's set, its features and surprises.

As I went to bed, after what turned out to be a very strong run of the show, I got to thinking about this experience in terms of what has changed.  Going back to the beginning of December when we began singing together, there were lots of strangers in the room.  Whatever happens in our lives from here on out, we will never be strangers again.  We will always have this incredible connection, a shared memory, an experience that will collectively live in our hearts.

Some of us had that link via last year's Hometown, and this production has strengthened that bond.  But most of the cast and crew of Les Mis were new to each other.  Fast friends have developed, trust has been built, and respect earned.

The greatest gift in being able to be a part of this experience has not been the time on stage, nor the laughs or applause, it has been you.  It has been my honour to try to capture a small pittance of this crazy adventure through this blog series, in hopes that it can be shared with friends and family, and used to kindle memories years from now.  Thank you for allowing me to do that and giving your time, heart and soul to this process. 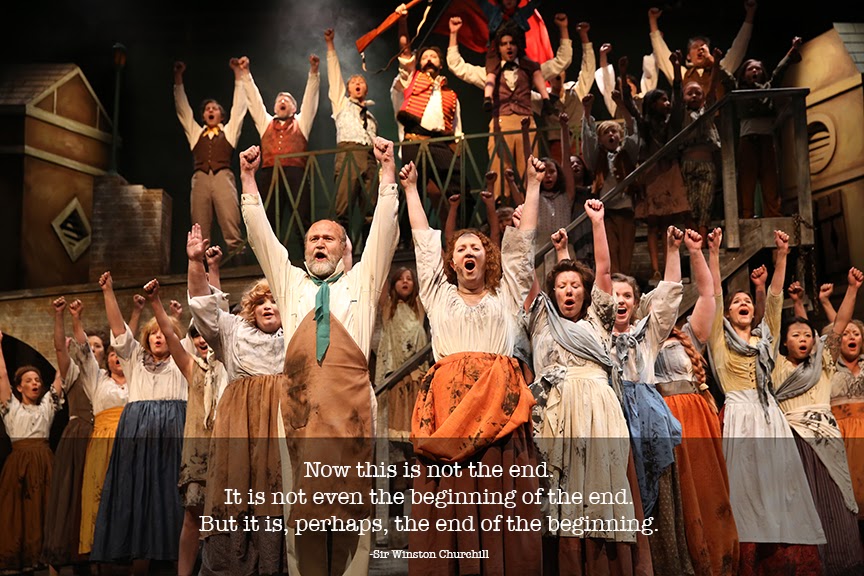 As the curtain comes down on Les Mis for the final time later tonight, there will no doubt be tears, hugs and a few regrets that this portion of our lives has come to an end.  But we can gain solace from the fact that for many of us, this is merely the beginning - or the continuation in some cases - of a connection, bond, or friendship that is only going to grow.  Bless you all.