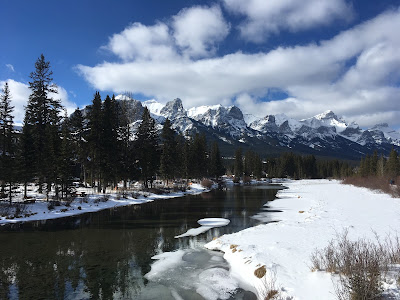 After two months of working seven days a week in the studio, and enduring a colder winter than most, we are enjoying a few days of rest and relaxation in the mountain community of Canmore.  We've rented an AirBnB a block or two from downtown that is absolutely perfect.  It is a two-bedroom condo with a full kitchen, fireplace, thermal heating and as close to new as you're going to get.  We're paying about $200 per night.

I don't know if it was the traveling or two months of painting every day, but I have found myself exhausted on this trip. The need for additional sleep has been paramount.  As crazy as it might sound, I've also been away from my paints and brushes for a few days, and that has added to my tiredness.  I get energy sitting in front of a canvas.

I was finally at a point last night where I felt comfortable enough with our surroundings to start a new project.  I brought basic painting supplies with me, including a few smaller commissions and one Great Canadian Morning subject.  As I flipped through the possibilities, I jumped immediately on Paul Cézanne, the French post-impressionist artist. 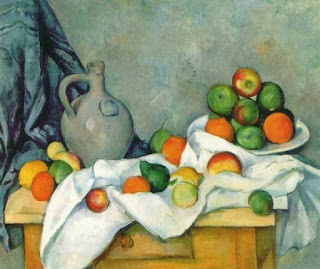 His painting, Jug, Curtain and Fruit Bowl (shown above), is his most celebrated still life work.  The Card Players (shown below) was sold on auction in 2011 for $250 million. 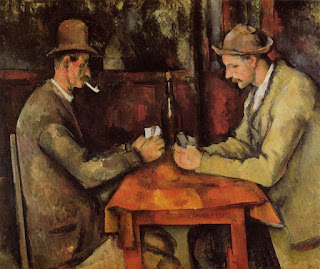 I have painted a number of the masters over the years: Monet, Picasso, Jackson, Van Gogh and others.  It felt good to return to this bountiful well. 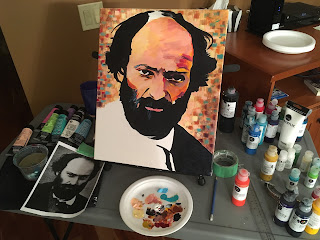 Working on a small table that I brought with me, using one of the dining chairs covered in a protective sheet, I got a great jump on Cézanne's portrait last night. 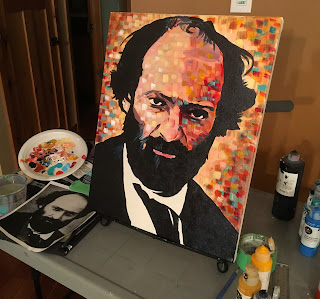 I'm going to finish it up later this morning after dropping Ben off with his Uncle Michael who is taking him skiing at Nikiska.  It will be nice to find some good light to bring it to its natural conclusion.