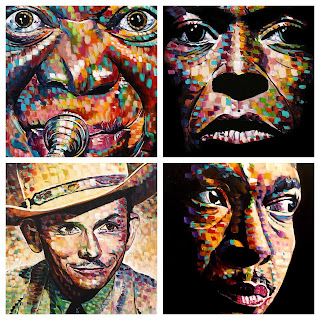 As I look back on my painting adventure, I notice certain patterns and styles that have popped up.  In the beginning my "thing" was wild colours and splatters.  Every painting I did had to have its required blessing of myriad colours being tossed at it.  While I use splatters every once in awhile now, it is very much the exception rather than the rule. 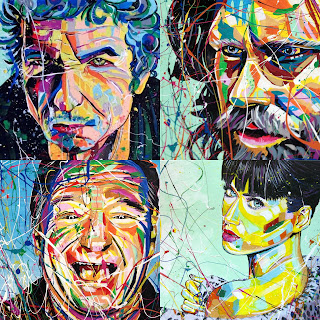 Later on, I started playing with what I call the rainbow background.  This collection of colours showed up in multiple paints over the last year. 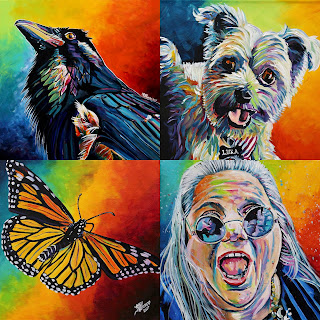 More recently, I started playing with an idea that came to me in my sleep: using vertical strokes of paint at the very end of the painting process.  I wasn't happy with my portrait of Louis "Satchmo" Armstrong by the end of the workshop we held a couple of weeks ago at Sociables in support of the Father Mercredi Music Department.  I went to bed with the trust that the answer would reveal itself to me in the morning.  That one idea, offered up in a dream, resulted in this: 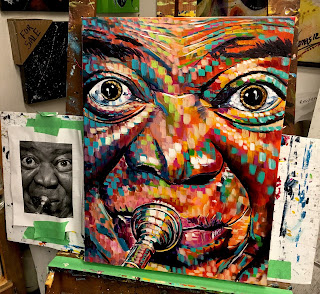 Which led to this: 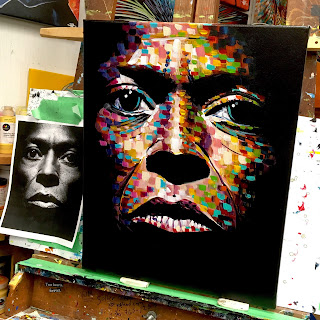 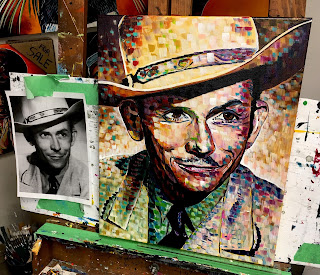 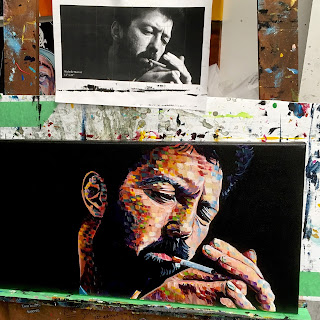 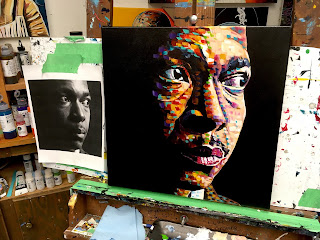 One idea, five paintings....so far.  It's amazing how a single and very simple thought can lead to a whole series of paintings.
Email Post