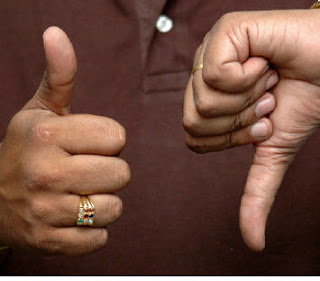 There is absolutely no question that I have a 50/50 chance in this fall's Municipal election-I'll either win or lose. Those wonderful people who come up and say nice things about me and suggest "you're absolutely going to win" are balanced off by the inescapable fact that "anything can happen in an election" and it often does.

Businessman and civic leader Paul Hartigan was thought to be a shoe-in for mayor back in 1998. But a blue-collar union man, also a former preacher, came up and surprised everyone. His name was (and is) Doug Faulkner. The establishment didn't see that one coming. Doug went on to win a second term before losing to current Mayor Melissa Blake who announced her intention to run for re-election in October.

"Sheldon always does great in these things," said fellow Councillor Phil Meagher. "He always runs his campaign like he's in last place." Sheldon (Germain) has attracted the most votes the last two elections with this approach. There is something to be said for taking nothing for granted.

In 1988, I slapped together a portfolio and applied for a position in the BFA Design Program at the University of Alberta. The interview I had with the Chair suggested that the process was a slam dunk and that there would be "no problem getting in" - a sentence I've heard once or twice in recent days. I hopped the train in Saskatoon and traveled to Edmonton for what I thought was a formality, the final step in a very significant change in direction that my life was about to take. My mind had already made the move, visioning getting a bachelor pad somewhere off Whyte Avenue and living the life of an artist. Imagine my shock and disorientation when they told me that I wasn't ready yet. It was a long and unexpected trip home, as I tried to figure out what the hell I was going to do now.

All things, good and bad,happen for a reason. I started to learn this theory right around that period of inexplicable confusion. Because I was rejected I made the decision to get a job, because I got a job I started to really gain my independence, my independence freed me up to enrol in broadcasting school, get a variety of radio jobs and eventually land in Fort McMurray. Had I not failed all those years ago, I would not be here, in this wonderful life.

I was rejected by the U of A because I took getting in for granted. I'm not going to make that mistake with this election. I'm going to give it everything I've got and see what happens. And whether I get in or not, I will have won in one way or another.