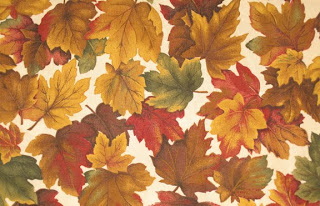 We have experienced an overwhelming need to organize in recent weeks. The looming arrival of autumn is the culprit-I'm convinced. The beginning of the school year provides a demarcation line of sorts, a continental divide between sublime summer and frenetic fall. Soon, we will be awash with commitments, time lines, homework and an onslaught of activity that will send us racing toward Christmas at supersonic speed.

Last weekend I tackled the dreaded garage, a depository for everything and anything starting on the day it was warm enough the keep the car outside: sleeping bags, tents, baseball bats, fishing gear, gardening stuff-you name it and it found a home somewhere on the garage floor. A couple of hours putting things in their rightful spot followed by a lot of sweeping, and the dreadful turned delightful.

This weekend it was the shop's turn to get turned upside down. I inherited this "man's room" from Jim Dorie, the previous owner who had built the 12' by 20' heated shed to tinker with his motorcycles. It took a couple of years and a purchase of a table saw from Heather's dad, but the "man's room" became the carpentry shop. And while I go through fits and starts of building things, it is the place you dive into when you're looking for tools, tools to fix leaky faucets, replace batteries in a toy, or relieve that squeaky door hinge. It is also the place where leftover bits gather in hopes that one day they will be used. Yesterday it was time to cull the pile of bits that had grown a little too robust.

The shop is now cleaner and less cluttered than it has been in memory. A trip to the landfill with the car piled high with pieces of wood with no possible re-use value, errant pieces of drywall and old computer gear quickly created some space to execute a meaningful re-sort. It took quite a few hours, but the results speak for themselves-the shop is once again a point of pride and no longer an eye sore.

Heather got into the swing of things attacking Ben's man cave with gusto, extricating clothes that had become too small and books that were no longer of interest to donate to the Salvation Army Store. Then, she went after her own stockpiles of clothes, discovering garments that had not been worn in years.

The rush to fall is upon us. In one week the boys return to school. Nomination day will immediately be followed by Dylan's surgery day and by the election campaign. The next thing you know little kids will be running around the neighborhood in exotic costumes. Ben recognizes the rush to fall is happening. He went out and bought his Halloween costume on Sunday, just to make sure that he is ready.