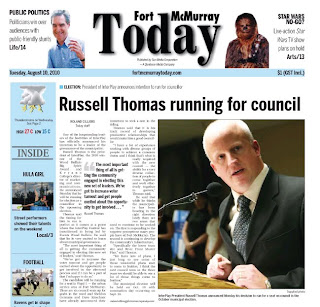 It must have been a slow news day. The story about my election intentions landed on the front page of the Fort McMurray Today, top of the fold. I like the picture they used. It was taken about two months after I started my Middle Age Bulge journey and captured a real moment in the middle of a function that I was emceeing.
There has been a great response on Facebook, with well wishes coming from across Wood Buffalo, Alberta, Canada, and a few positive thoughts (and prayers) from over the big pond.
There have been only two other candidates who have declared their intentions thus far: Dave Kirschner and Sheldon Germain. Dave is a good friend who is a successful businessman, community leader, father and grandfather. 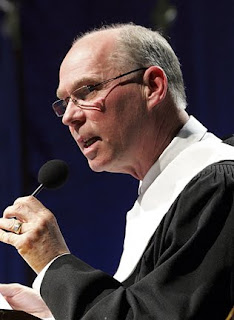 Sheldon is going for his third or fourth (I'm leaning toward fourth) term on Council-a dedicated teacher and father, plus a longtime resident of Fort McMurray. 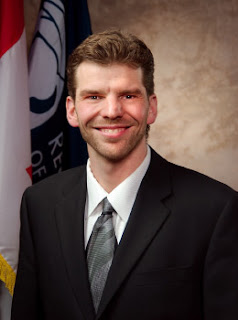 Many other names are being batted around as likely candidates-lawyers, business owners, industry folk and others. I suspect that over the next couple of weeks and as we near the September 20th Nomination Day, intentions will be made public at a much faster pace. MIX 103.7 news was suggesting this morning that Mayor Melissa Blake is almost ready to announce her intentions as to whether she'll run for her third term as Mayor of the Regional Municipality of Wood Buffalo.
In my mind, the slate of candidates will have a tremendous impact on the level of voter engagement. I use the word "engagement" rather than "turnout" because going to the polls is truly the final step in the electoral process. Whether it's asking questions of the candidates, starting a discussion in the company coffee room, financially supporting a campaign (or two), attending a debate, or reading coverage in the local print media, we need more people to get interested and engaged earlier and with greater consistency.
August 11, 2010 - 196 pounds, 28.8% body fat
Email Post